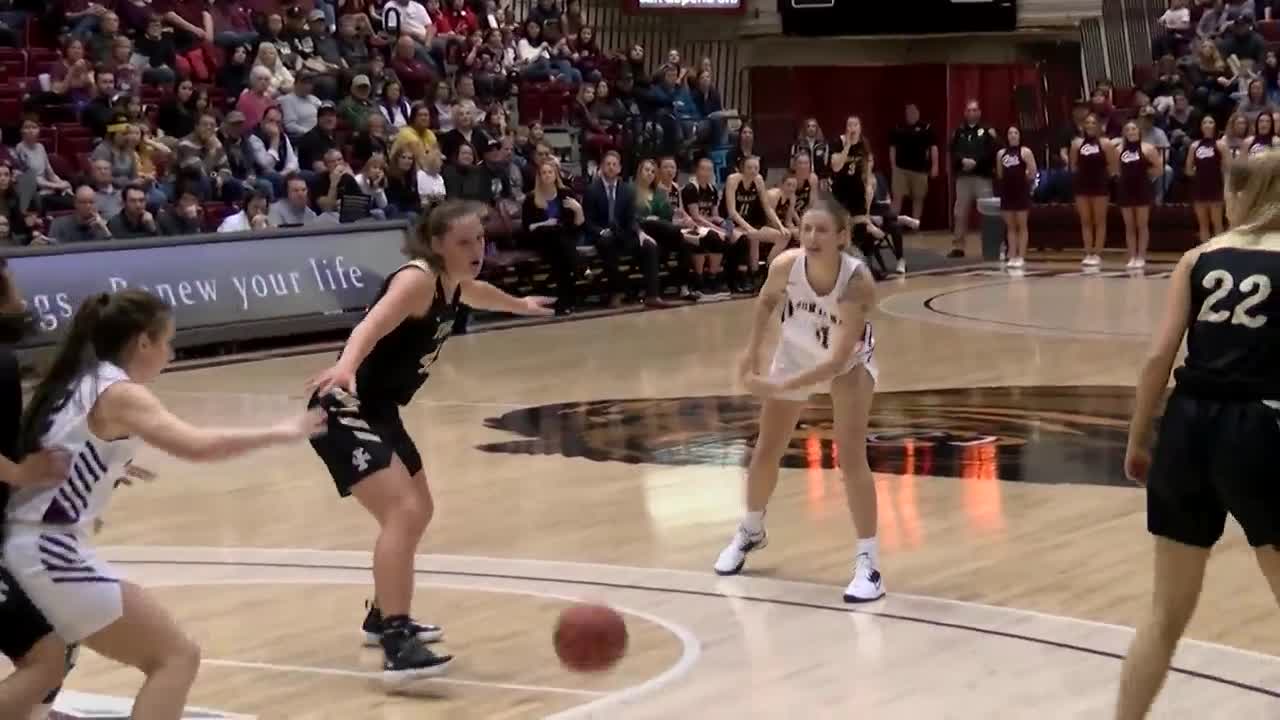 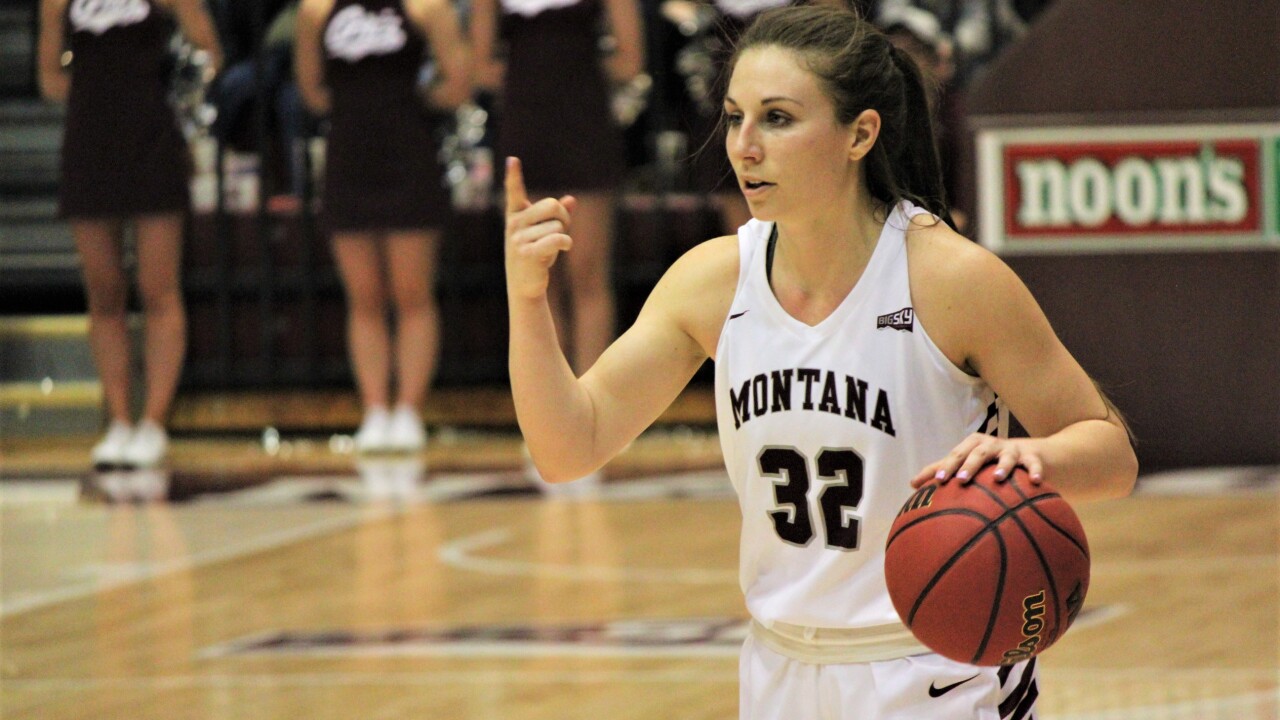 MISSOULA -- The Montana women’s basketball team avenged a one-point loss to Idaho last month in Moscow with a 69-60 victory over the Vandals on Saturday afternoon at Dahlberg Arena in Missoula.

“Credit to the ladies. They wanted this one bad,” said coach Shannon Schweyen. “It was a tough loss at their place last time. They’re bound and determined not to let anyone get a sweep on us.”

It was the outside-inside play of McKenzie Johnston and Abby Anderson that got it done, with a big assist from bench, which outscored Idaho’s reserves 30-11.

Johnston finished with 16 points on 7-of-13 shooting and nine assists. Anderson scored 16 as well on 7-of-12 shooting and added five blocks, which came at the basket, at the arc and all points in between.

“She’s a heck of a defender who uses her length so well. For all the shots she blocks, she changes a ton more.”

Based on a consensus decision in the pregame locker room, Montana opened in a man-to-man defense. And Idaho took advantage.

The Vandals went 8 for 13 in the opening period, two of the makes coming from the 3-point line, and would three times lead by eight points.

Montana would change things up defensively and contain Idaho after that. The Vandals went just 2 for 11 in the second quarter and were 11 for 28 in the second half.

“We talked in the locker room about what defense we wanted to play. I asked the girls what they felt would be good against these guys, and they wanted to start in man,” said Schweyen.

“That was pretty short-lived. As soon as we got the zone in place, things started rolling for us. We got some turnovers that led to fast breaks, and those were key for us to getting going and getting fired up.”

With Emma Stockholm picking up two fouls in the game’s opening four minutes, that forced a change to Montana’s usual rotation. And Kylie Frohlich took full advantage of her bonus minutes.

Playing more than nine minutes in the first half, Frohlich hit both of her shots, mid-range jumpers, and finished the game with four rebounds and three assists in 20 minutes played.

“Kylie was a huge spark for us,” said Schweyen. “She came in and knocked down some jumpers, had some nice post feeds, was moving all over the zone.

“You need that. You need to have someone come in and spark you like that. She was a big factor. She took what the defense gave her and played with great confidence.”

Montana was particularly disruptive on the defensive end in the second quarter. Idaho had nearly as many turnovers (eight) as shot attempts (11) in the period.

If it wasn’t Anderson blocking shots, it was Sophia Stiles ending possessions with her quick hands. She would finish with three steals.

“She is constantly fluttering around, shooting on things. You can’t quite relax when she’s around you. She’s doing some valuable, valuable things for this team,” said Schweyen.

“I just thought our active hands were a big turning point in the game, tiny deflections that turn into turnovers. That allowed us to get the crowd into it, get some sparks going, and the rest was history.”

In addition to Frohlich and Taylor Goligoski making contributions off the bench, Gabi Harrington finished with 14 points, 11 of which came in the first half.

“She played well. She knocked down a three, got to the hole some, and she had a couple steals which were big,” said Schweyen.

Idaho would get no closer than nine points in the second half as Montana shot 45.9 percent and had just nine turnovers, that coming off a season-low seven in Thursday’s road win at Eastern Washington.

“That’s two games in a row we’ve played with incredible intensity from start to finish. No plays off, everybody in tune and running the floor and getting to 50-50 balls,” said Schweyen.

“It was just a great combination of everybody putting it all together.”

The win leaves Montana tied for fourth in the Big Sky standings with Idaho State, which swept the Northern Arizona-Sacramento State road trip this week.

Montana will play five of its final seven regular-season games on the road, starting next week at Weber State and Idaho State.