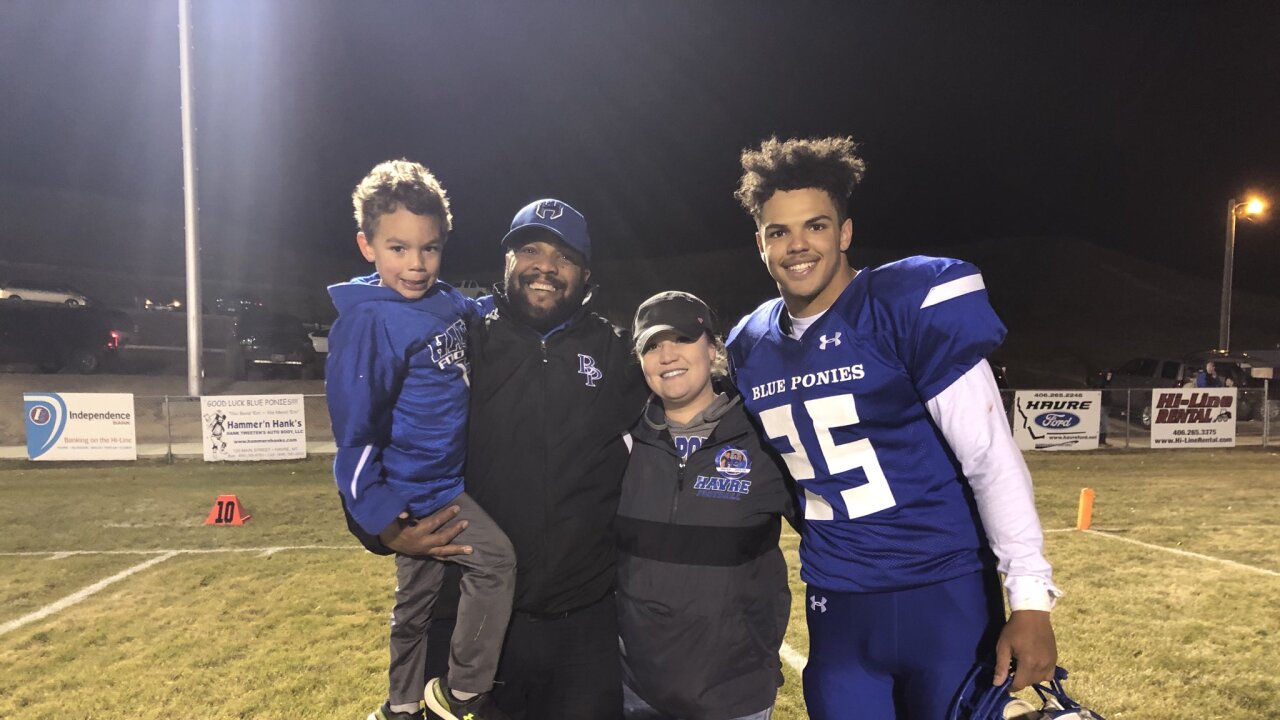 HAVRE -- It’s been an unusual offseason for prospective college athletes as they navigate the recruiting world in the midst of a pandemic.

Instead of junior days and campus visits, Havre’s Kellen Detrick has spent most of his time communicating with coaches on the phone or computer.

“Yeah, it was pretty hectic. I mean, it kind of sucks because you couldn't go on any trips or do any of that,” Detrick said, “because the dead period was extended. But it was a lot of virtual stuff, a lot of FaceTime.”

But Detrick made it through the weeds of spring and summer, and the rising senior - ranked as the No. 2 prospect in the state according to 247Sports - committed to the Montana Grizzlies this week after weighing several Division I schools, including offers from Montana State, Northern Colorado and Northern Arizona.

“I’ve kind of always wanted to be a Griz,” Detrick said. “I went to my first Griz game when I was little and can still remember every second of it. Their fan base is great and the tradition is unmatched. I can’t thank the coaches enough for the opportunity to play there.”

Detrick (6-foot-3, 215 pounds) was an all-state defensive end, and all-conference tight end as a junior for the Blue Ponies. He credits his dad, Kino, a former lineman at MSU-Northern, with helping him get to a position where a Division I offer was possible.

“He's my hero, he's my mentor,” Kellen said. “And he means everything to me and I can't thank him enough for everything he's done for me over my life. He's sacrificed everything.”

But in truth - the entire town of Havre is behind Kellen, including Marc Mariani, a former Blue Pony-turned-Grizzly who went on to a Pro Bowl career in the NFL.

Mariani tweeted his congratulations to Detrick on Monday night.

“I got to wake up to that and I got kind of star struck coming from a guy like that,” Detrick said. “If I can have half the success Marc had at U of M, I'll be extremely blessed.”

But first, he has one more year at Havre High - and that’s not something he takes for granted.

“I can just focus on working harder and becoming the best me that I can be,” Detrick said. “Just knowing that I’m going to be able to play football for my senior year, because that's extremely important to me.”