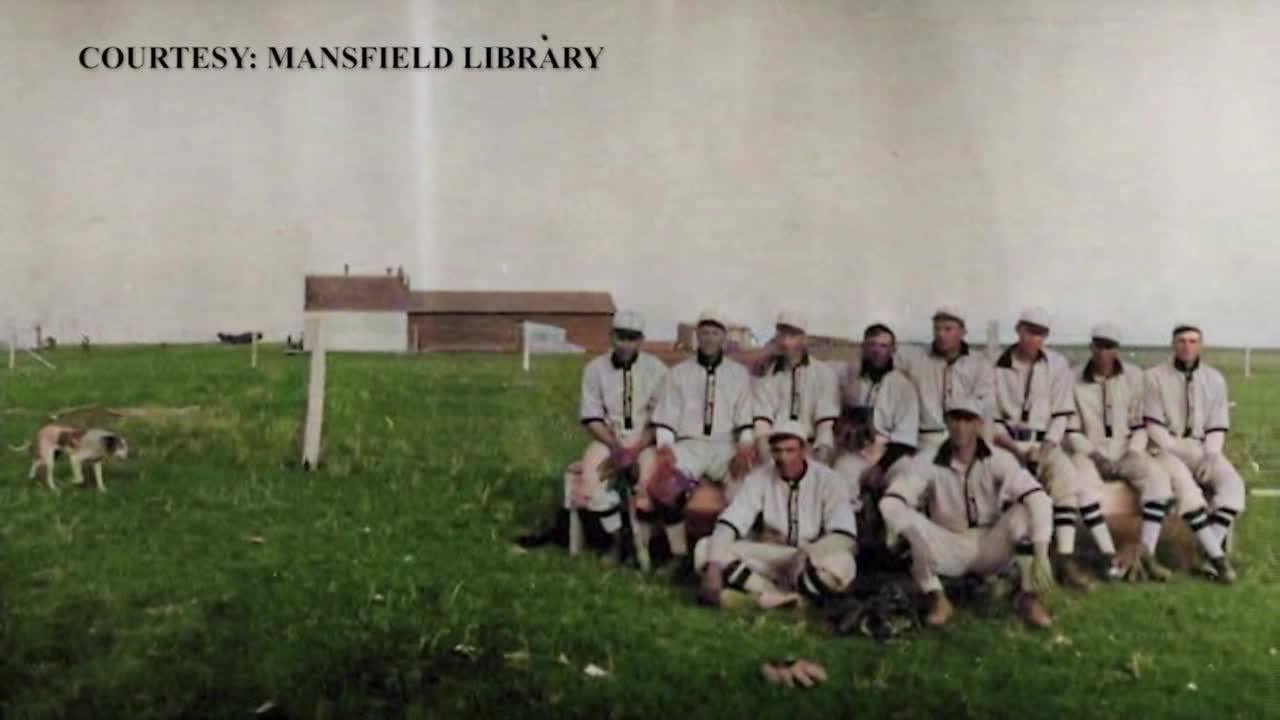 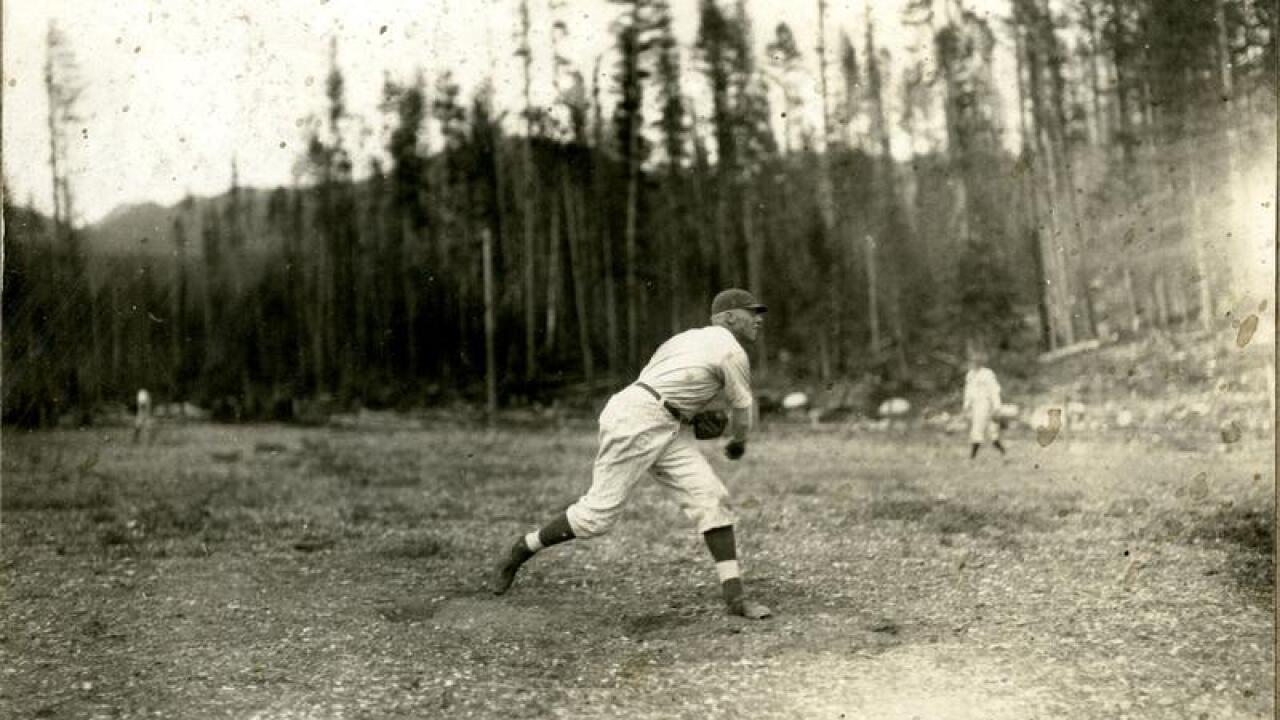 Montana is not widely considered a baseball hotbed.

In fact, in 2012 the website SportsNationDivided.com designated the Hi-Line city of Turner as the “Saddest City in America” for being the town in the lower 48 states farthest away from a Major League Baseball team.

But the history of America’s pastime in the Treasure State is rich and extends back to when Montana was just a territory.

In their 2015 book, Montana Baseball History, self-proclaimed baseball and history geeks Skylar Browning and Jeremy Watterson offered an exhaustive account of the wild origins, notable stories and biggest names from over 100-plus years of baseball in the state.

“When we told people we were doing a book on Montana baseball they told us it is going to be a short book,” Browning said. “But then we found more and more and more stuff. And even after the book came out, we continue to find stuff that we learn about.”

A total of 23 Montana natives have reached the big leagues over the last century. Most Treasure State sports fans are familiar with names like Dave McNally, Rob Johnson or Jeff Ballard. Perhaps they even know that Cascade’s Rees “Steamboat” Williams was the first Montana-born player to play for a Major League team when he suited up for the St. Louis Cardinals in 1914.

But through their research, Watterson and Browning discovered that Steamboat wasn’t the first Montanan to catch on in the big leagues. That honor belongs to Frank “Brownie” Burke who made his debut for the Cincinnati Reds in 1909 – as a mascot.

“Brownie Burke was a bellhop at a hotel in Mammoth Hot Springs and had been discovered by the owner of the Reds,” Browning said. “And back in the day, mascots were little people and they served as sort of bat boys, good-luck charms and errand boys.”

Burke, a Marysville native, stood just 4-feet, 7-inches tall. But he was a celebrity in his own right, receiving audiences with presidents Teddy Roosevelt, William Taft and Woodrow Wilson during his time with the Reds.

“He was the first Montanan in the major leagues, and, for me, that seemed to make perfect sense,” Browning said. “Of course, Montana’s weird, kind of odd connections to our national pastime would start there.”

That’s just the tip of the iceberg. Characters, booze, fights and gambling fueled much of Montana’s colorful early days of barnstorming baseball.

“Fisticuffs between players or players versus umpires or a player versus fans, fans versus umpires. And the gambling that went hand-in-hand with baseball in those days,” Watterson said. “They spend as much time in those real early newspapers talking about how much money exchanged hands as they did about what the score was.”

A good portion of the book details the history of the Pioneer League, and its purpose as a gateway to the majors. Over 600 Pioneer League players would eventually suit up in the majors after the league reformed post-World War II in 1948 and added Montana teams.

And that brings us to the bleak state of affairs the Pioneer League and affiliated baseball teams in small towns are facing in 2020. While the COVID-19 pandemic hasn’t officially canceled the MiLB season, pending an agreement between MLB owners and the players association – it’s a near certainty there won’t be pro baseball in Montana in 2020, which would be just the third play stoppage after World War I and World War II.

The future beyond 2020 is also murky. Major League Baseball and Minor League Baseball are negotiating a new agreement, which puts 40 low-level affiliated teams on the chopping block, including all eight Pioneer League squads. Minor league teams in Montana are deeply tied with the communities that host them, and a future without pro ball in the Treasure State could do irreparable harm for the sport’s growth.

After all, though kids in Turner would have to travel over 600 miles to see a major league team, there’s three professional baseball teams that reside in their home state. As baseball fans and curators of its history in Montana, Browning and Watterson have some thoughts on the state of the game.

“I think we lose a generation of fans if the biggest game in town is American Legion Baseball, especially when we're seeing a decline in teams and the length of season in Legion ball,” Watterson said. “I think we run the risk of a generation of kids who find baseball boring on TV and can't go and see that caliber of play. When you go to a Paddleheads game or a Voyager game or a Mustangs game, you recognize that these guys are professionals.”

“In the grand scheme of this business of baseball, the Pioneer League probably doesn't matter much,” Browing added. “But when you look at how it influences our region and the history that's tied up in it, and the amount of jobs … for it to be so easily tossed aside and contracted is insulting.

“And then you've got all those guys on the field, there are so many good stories of late draft picks who wouldn't get drafted this year because of the new rules, or wouldn't have a team to play on because of the proposed contractions, that have made lasting impacts in the game. They have become all-stars, fan favorites. Not to mention they’ve become coaches, scouts and upper management.”

For more information about the book or to share images or stories from your favorite baseball memories in Montana, visit the Montana Baseball History Facebook page.