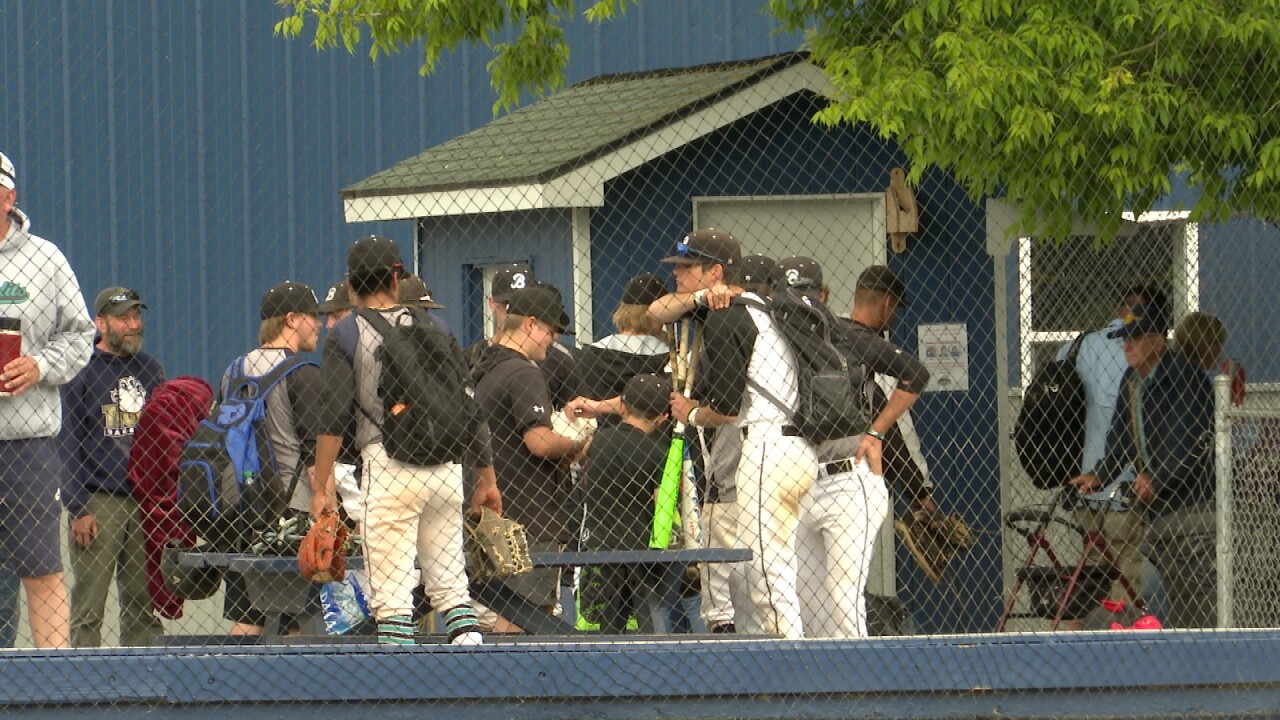 UPDATE, 9:30 PM, 6/19/2020: The Missoula City-County Health Department sent out an email late Friday evening explaining why the Missoula Mavericks' baseball tournament was canceled with an attached copy of the order issued for the tournament's cancellation.

While the Mavs originally believed the issue to be centered around capacity limits for events at 250 people, according to the order issued, the health department said it received a complaint that the tournament did not meet a number of the county standards for an event. Missoula County says meetings of more than 50 people require strict social distancing guidelines and if that can't be met should be avoided or canceled. The health department said the tournament did not meet local standards, including distancing regulations, group size limits, contact tracing or exclusion of those in attendance with possible COVID-19 symptoms.

The county guidelines for large groups can be found here and here.

Of note, the county health department encourages those who plan events with 50 or more people to consult with them on what is acceptable.

ORIGINAL, 7:27 PM, 6/19/2020: The remainder of the Missoula Mavericks' weekend baseball tournament was canceled after the Mavs received an order from the Missoula City-County Health Department on Friday evening requesting that the tournament be shut down.

According to Mavs manager Brent Hathaway, MCCHD sent the Mavs an email just before 5 p.m. on Friday saying they had received a complaint that the Mavs had violated the local capacity ordinance for an event, meaning the tournament had a 250-person capacity limit in total that is typically held for events. Rather than each individual game adhering to capacity guidelines as individual events with teams, fans, etc., the tournament as a whole was treated as one large event that could not exceed that total capacity number.

"Honestly, I don't understand the whole realm of the thing," Hathaway told local media after the cancellation. "There's been a baseball tournament already held in Missoula County, and nothing was said about it. We have the farmer's market now, which is an essential grocery outfit with food vendors, and they're open and running. We have a soccer tournament that's going on down the street.

"We have tourists galore in our state. The idea that you want to shut down a youth baseball tournament with kids out here running around and having fun and exercising is just crazy to me. I don't understand it. I'm heartbroken for the kids and I'm embarrassed for the program."

Hathaway said he had to break the news to teams that traveled to Missoula that it was canceled and that some of their fee money would be refunded. Not long after, the Missoula Strikers, one of Missoula's club soccer programs, announced on Twitter that their tournament had been canceled, as well.

The Mavs initially disagreed and attempted to show MCCHD that they were following guidelines but soon went along with the request and shut down the rest of the tournament. Hathaway said he doesn't believe that future Mavs games, home or away, will be affected to his knowledge.

Hathaway said to his knowledge no one from the health department attended the tournament to see for themselves how things were being regulated.

"We responded that we felt that we had things in place that would make us acceptable as far as playing here," Hathaway said. "They obviously didn't feel that we had, even without coming out to take a look."

Another issue the tournament ran into was the potential of cross-pollination. Teams going from playing one team to another rose an issue with the health department and to avoid that teams would have to play against the same opponent over and over again rather than the entire pool.

Along with the Mavs, both Kalispell teams, Belgrade, a team from Spokane, Washington, and a team from Idaho were a part of the tournament, which began on Thursday and was scheduled to go through Sunday. This is the second tournament the Mavs had issues with the county health department after the Memorial Weekend tournament was not cleared for Missoula County and was held in Florence and Bozeman instead.

Hathaway's frustrations were rooted in a number of things, including how larger gatherings around the county, like the aforementioned farmer's market, are allowed to continue. He also mentioned that Gallatin County, which currently has the most total number of COVID-19 cases, is letting teams play on, including the Mavs A team and teams from out of state. The Mavs are scheduled to play a doubleheader against the Billings Royals in Missoula next Tuesday.