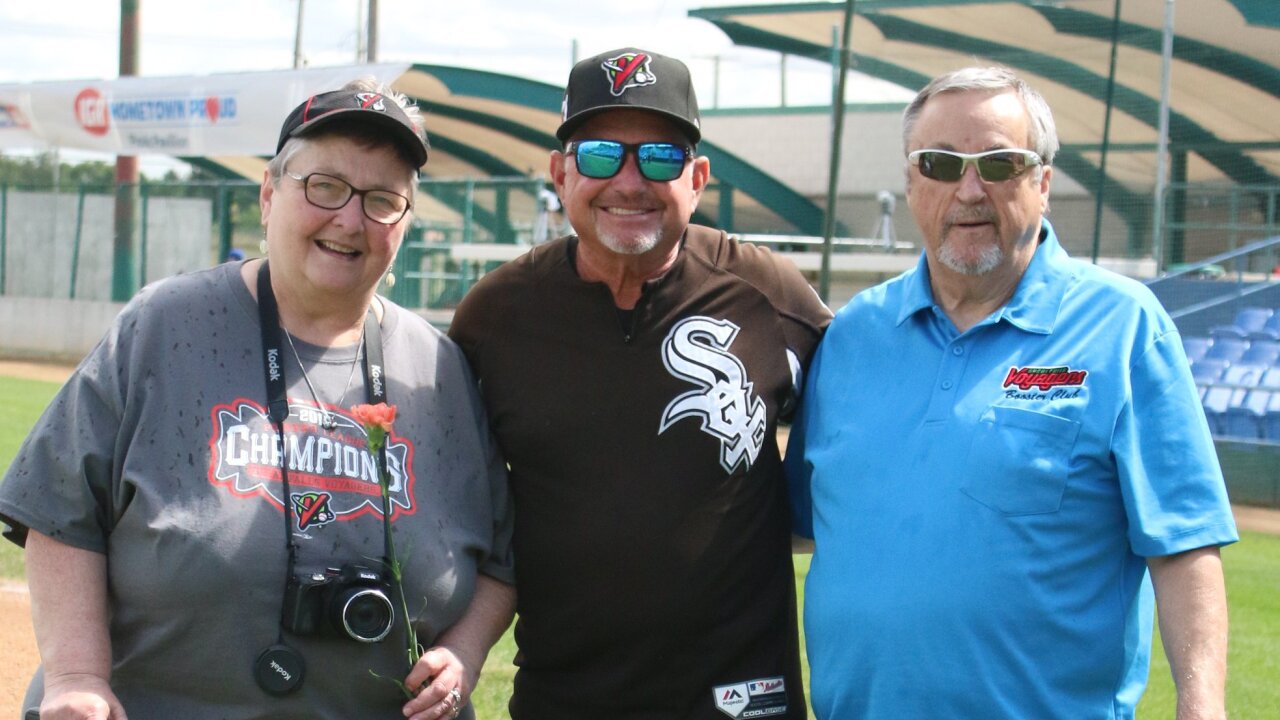 GREAT FALLS -- The Great Falls Voyagers were supposed to open their baseball season Friday night in Billings. But with COVID-19 bringing much of the sports world to a halt, there likely won’t be minor league baseball in 2020.

And the absence is felt deeply by Lynn “Fred” Williamson and her husband Terry.

If the walls of their house could talk, they could tell some incredible stories.

“We've had players, athletic trainers, pitching coaches, hitting coaches, radio guys and the last three summers we'd had the manager live with us,” Williamson said. “So, we've pretty much gone the gamut.”

For 37 years, starting in 1983, the Williamson's have served a host family for minor league players in Great Falls. In that span, the team has changed affiliations from the San Francisco Giants to the Los Angeles Dodgers to the Chicago White Sox – and hundreds of players have called the Williamson house their summer home.

“A lot of people wonder how we can have our privacy invaded, but we don't look at it that way at all,” Williamson said. “We open our hearts and our homes to these young guys and realize, for a lot of them, it's their first time away from home.”

2020 would have been their 38th season as a host family, but sadly with no minor league baseball in sight across the country, Fred and Terry’s house will fall quiet this summer.

“It's just very heartbreaking to think that it's not going to be here,” Williamson said. “In 2017, we had to miss a lot of games because of Terry's health issues, but at least we could listen to those games on the radio. But this summer there's just no baseball.”

The Williamson’s have two grown daughters of their own who have long since moved out of the house. So, they consider the ball players their ‘summer children.' And just like most proud parents, they keep pictures of players that have lived with them on the fridge.

“It's a pretty special feeling to know that we've had an impact on their life in some way,” Williamson said. “And I know they’re appreciative, too.”

But they might be done adding pictures and filling albums. Many lower level minor league affiliates are on the chopping block after this season, including all eight teams in the Pioneer League. The Professional Baseball Agreement between the major and minor leagues expires in September, and though talks have stalled since the pandemic began, there’s not a lot of optimism that pro baseball in Montana can be saved.

“It’s been our whole life for many years in the summer,” Williamson said. “It’s devastating. It really is. It's not right.”

While no one can grasp what the future of pro baseball looks like in Great Falls, the Williamson's can still hold tightly to the memories made over 38 years.

“It's the rewards in just the friendship through the years that mean the most,” Williamson said. “Just an unending legacy.”

The Williamson's still keep in touch with hundreds of players who have since gone on to get married and have children. At last check, they had more than 40 “baseball grandkids."