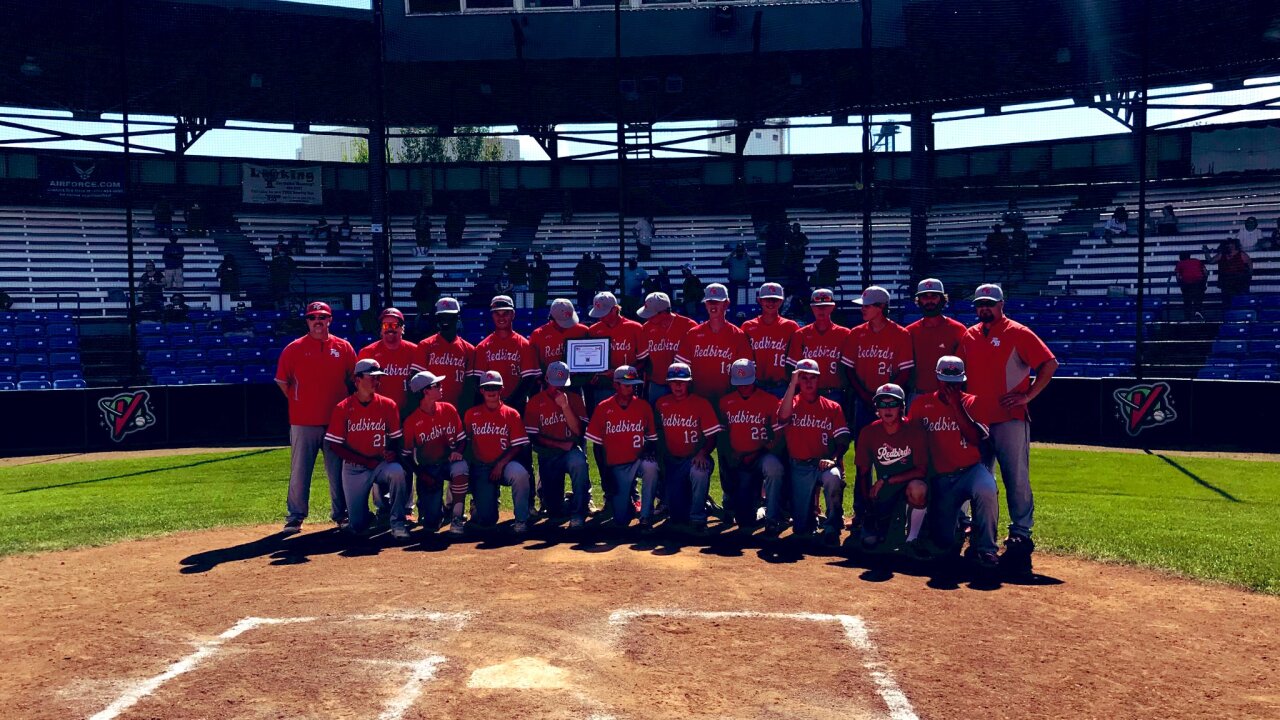 GREAT FALLS — The Lewistown Redbirds rallied from a 6-1 deficit Thursday, defeating the Havre NorthStars 7-6 for a Northern A district baseball championship.

Havre plated three runs in the first inning and another three on two errors in the second to jump in front 6-1. But Lewistown settled down and distributed six runs over the next four innings to claim their third district title in four seasons.

“We were so flat the first couple of innings, and that’s been one characteristic of this team all year long,” said head coach Scott Sparks. “We’ve won a lot of games late where we’ve gotten slow starts and then seem to flip a switch. But we have a veteran team that’s been there, done that, and that is huge in these situations.”

Jake Clinton led the Redbirds at the plate, going 3-4 with two runs and an RBI. He and the rest of the team are just thrilled to get to this point after the uncertainty surrounding the COVID-19 pandemic all summer.

"One thing Sparks said everyday is you go out and you give everything you’ve got because you don’t know if you have a tomorrow,” Clinton said. “To be able to come out here with fans and compete on the field is the biggest blessing we’ve had and we greatly appreciate it.”

Seemingly against all odds, Legion baseball teams have completed a full regular season with just the state tournament remaining. The Redbirds (46-11) will host the Class A state tournament at Ryan Sparks Field next week.

“Every day is a gift, we didn’t know if we were going to get a week of baseball, a month of baseball,” Sparks said. “So to be at the position where we’re one week away from completing a state tournament, that’s amazing.”

Havre, whice defeated Tri-County earlier in the day to advance to the title game, will join the Redbirds in Lewistown next week as the No. 2 seed. Even though the Northern A district consisted of just four teams with the absence of Lethbridge, Medicine Hat and Vauxhall - Sparks said it almost made the tournament more competitive.

“We miss the Canadian teams, but the setup for this tournament was more of grind,” Sparks said. “Usually you go to districts and you play a game a day until the third day. But Havre squeezed four games into a 30-hour period and we played three in that same time. It really tests your kids ability to recover on short rest, and we did enough to get it done today.”