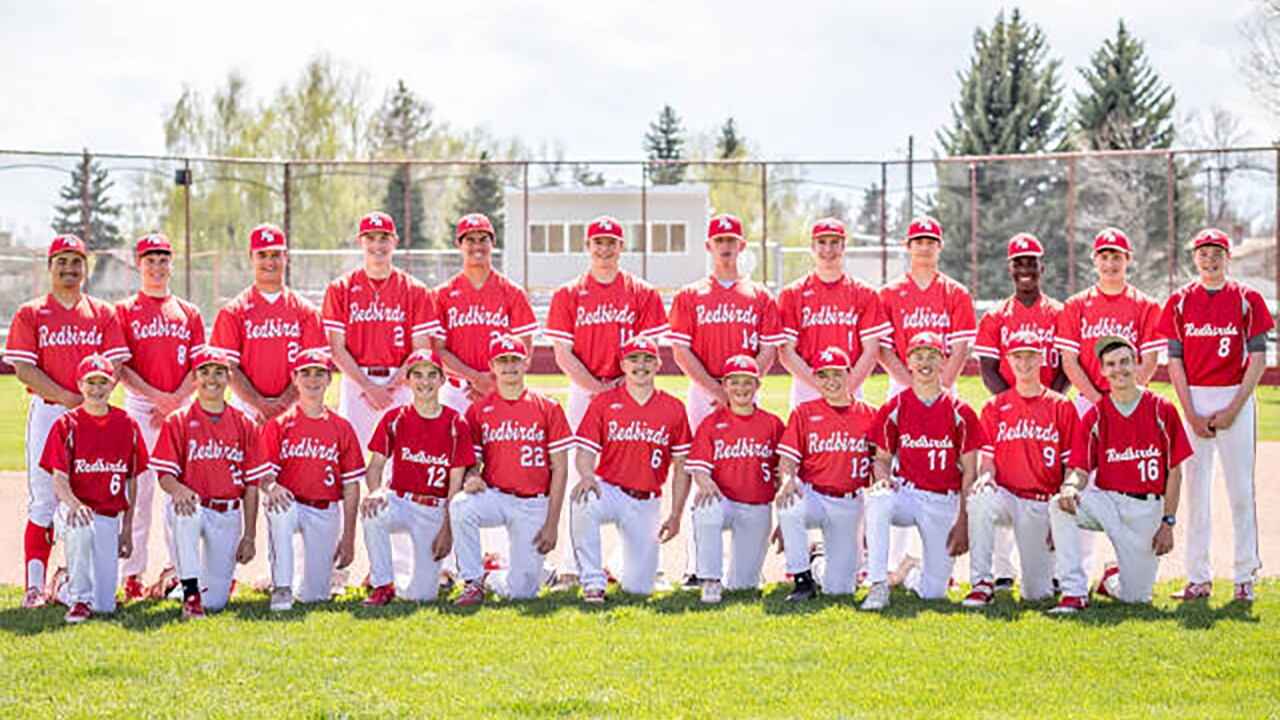 LEWISTOWN — Despite the coronavirus-implemented concerns and restrictions, the Lewistown Redbirds have still managed to cram their summer full of baseball games.

The Class A Montana Legion Baseball program has played more than 40 games since starting its condensed season with a doubleheader against the Bozeman Spikes on May 29.

“We wanted to try to get the kids as much baseball as we could as quickly we could, just because there was the unknown of whether we would be able to play baseball all summer and conclude with the state tournament or if we would get this thing going for a month and then be shut down,” said Lewistown coach Scott Sparks, who noted the Redbirds have been fortunate to have a full 18-player roster that has allowed further flexibility.

Ten players have pitched double-digit innings for the Redbirds with Will Hendricks, Kyle Lee and Xander Flick leading the way. That trio has combined to start 24 games, but the Redbirds will likely have to lean on Lee and Flick the rest of the way. According to Sparks, Hendricks “had a family emergency overseas that, with the quarantining rules, could affect (the Redbirds) down the stretch.”

"We’re not anticipating (Hendricks) getting back, but, up until this point, he’s kind of been that third guy in our rotation that we’ve been able to count on," Sparks said.

Sparks called Lee and Flick “co-aces,” and Lee has had an especially solid year on the mound. He has seven wins on the season and a team-leading 1.22 ERA and 0.85 WHIP. Flick has five wins and a 2.18 ERA.

Sparks and his staff entered the 2020 season with questions about the team’s pitching situation. The arms have been good enough that the Redbirds are 33-10 overall and 14-2 in the Northern A. On the pitchers’ off days, the offense has picked up the slack. Lewistown has scored 10 or more runs in 26 games so far this season.

“As a team, I think we’re hitting .330-something. We knew coming into the season, we thought this was a team we could score some runs with. We had a lot of potential that way,” Sparks said.

“(Clinton and Lee are) both 19-year-olds that got that extra year to come home from college and have provided great leadership. … Those two guys kind of really set the tone for our offense,” Sparks said. “Nolan Fry and Xander Flick have also had really good years at the plate for us. Isaiah Marquart is a kid that’s really come along late for us at the dish. And we’ve got some guys that have scuffled a little bit that we’ve started to see signs of life out of. We’ve scored a lot more runs over probably the last two weeks kind of as a result of some of the guys at the bottom of our order getting hot.”

The Redbirds are 11-3 so far in July with another busy stretch of games before the regular season starts to wind down. Lewistown is scheduled for five doubleheaders in the next eight days, including six games with the Tri-County Cardinals, who had to suspend their season after a player reported a positive COVID-19 test. Sparks said the Cardinals are eligible to return to practice this week ahead of their scheduled doubleheader with the Redbirds on Friday in Conrad.

Tri-County will have to make up for lost time over the next two weeks, as the Northern A district tournament is scheduled for July 29-30 at Centene Stadium in Great Falls. The bracket will include just four teams: league-leading Lewistown, Tri-County, Havre and the Great Falls Lightning. The Northern A typically includes Canadian teams from Lethbridge, Medicine Hat and Vauxhall, but the coronavirus pandemic has restricted travel across the border.

“That hurt. The Canadian teams are always fun to play, they’re competitive, they’re always really strong. You have to bring your A-game when you play those guys, so it was a big loss for our league,” Sparks said.

Around the time the Northern A district tournament is wrapping up, the other three Class A district tournaments will just be starting. Two teams from each district will advance to the Class A state tournament, which is slated for Aug. 6-9 at Lewistown’s Ryan Sparks Field. As the host, Lewistown gets an automatic berth, leaving just one other seed for a team from the North.

The state tournament will be altered this season, as well. Instead of a five-day tournament, it will be trimmed to a four-day event and will follow a true double-elimination format resulting in four games each on Thursday, Friday and Saturday. By Sunday, only three teams will remain to determine the state champion.

“We’re lucky Lewistown supports baseball so well, and I think the community’s excited about bringing something to town that is positive,” Sparks said. “We’re working hard. Every off day it seems like there’s something going on around the ballpark to try to get ready for state, but I know our organization’s committed to putting on the best tournament we can considering the situation. We continue to work with our sanitarian to make sure we’re doing everything the right way so that there’s no conflicts come August.”

“I think just all the coaches in the state are real appreciative that they have the opportunity to play,” he added. “Like we tell our kids all the time, value each day you get games, because tomorrow it could be over. We just don’t know, there’s so many unknowns with what’s going on. We’ve been given a gift, and we tell the kids to make the most of it every day. We’ve been lucky so far. Hopefully things go well and we can make this work for another month and get a state tournament in and end the season on a high note. I think it’s been good for everybody so far. Whatever we get after this, I think, is just icing on the cake. I mean, for everybody to get 30, 40 games in is huge considering where we were in the spring.”