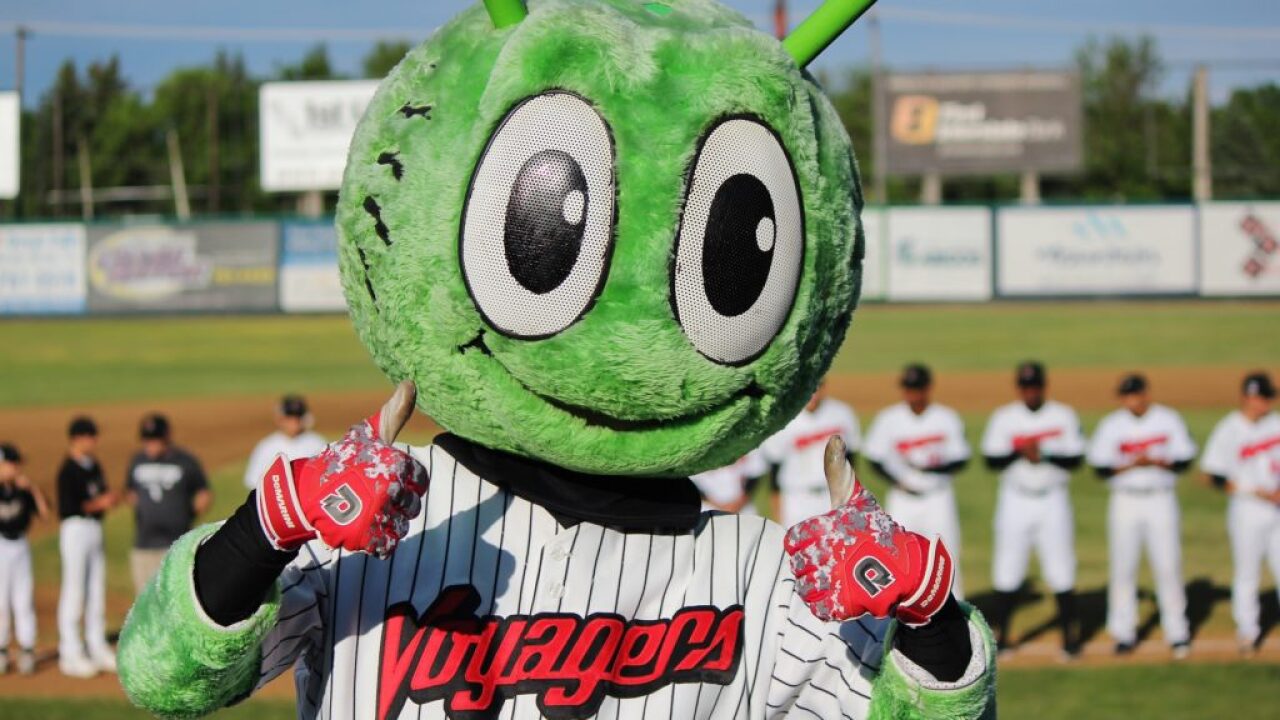 GREAT FALLLS — Scott Reasoner, general manager of the Great Falls Voyagers, knew a Minor League Baseball cancellation was coming at some point. But that didn’t make Tuesday’s news that the 2020 season was shelved any easier to stomach.

“Always a bummer,” Reasoner said. “You know, there’s been professional baseball in Great Falls continuously for over 50 years. So we’re just taking one on the chin with COVID-19 like a lot of folks are.”

The Voyagers saw the writing on the wall months ago when Major League Baseball postponed the start of its season and was involved in a lengthy labor dispute with the players union. Major League Baseball supplies their minor league affiliates with players, and it was clear early that it had no intention of doing so this year.

So the Voyagers spent the past few weeks reaching out to sponsors and season-ticket holders and offering new options as they make the transition to a summer with no baseball.

“Most people have been great and understanding. If anyone wants a refund, they can get one no problem, or folks that want to roll it over to 2021 or look at some packages that we have this year with the event schedule we have going on," Reasoner said.

The Voyagers baseball team won’t take the field in 2020, but Centene Stadium will still see plenty of use. Reasoner and staff have started the “Save Summer at Centene” event series. From July through the end of August, the stadium will host things like kickball, movie nights, trivia nights and more with limited capacity, social distancing and sanitation guidelines in place.

“Having people reach out to us and our sponsors and the community support at large has really been tremendous,” Reasoner said. “You’re not maybe sponsoring a baseball game, but you sponsor a corn hole tournament or a movie night or something. It’s a little different. But it's been a lot of fun and the response has been tremendous.”

The future beyond 2020 is uncertain. Major and Minor League Baseball are engaged in contentious negotiations for a new agreement in 2021 to replace the old one that expires in September. Major League Baseball has proposed a reduction in minor league teams, and the Voyagers are one of more than 40 clubs in line to lose their affiliation.

“We're beyond confident that we'll have professional baseball here in 2021, and obviously that could be a different form,” Reasoner said. “But things are difficult because you can't make a schedule because you don't know what league you’ll be in and you don't know what's going on. So it's a really challenging time here in baseball, in general.”

He continued: “That said, we’re better off than a lot of teams just because of that community support in Great Falls.”

And while many teams across the country are shuttering operations, laying off staff and cutting payroll, the Voyagers, locally owned by the Great Falls Baseball club and president Vinny Purpura, are committed to their employees and providing a community outlet for the summer.

“We made the move forward to try to be an asset for our community this summer when there isn't a lot going on,” Reasoner said. “We have the space that we can do small events very safely.”