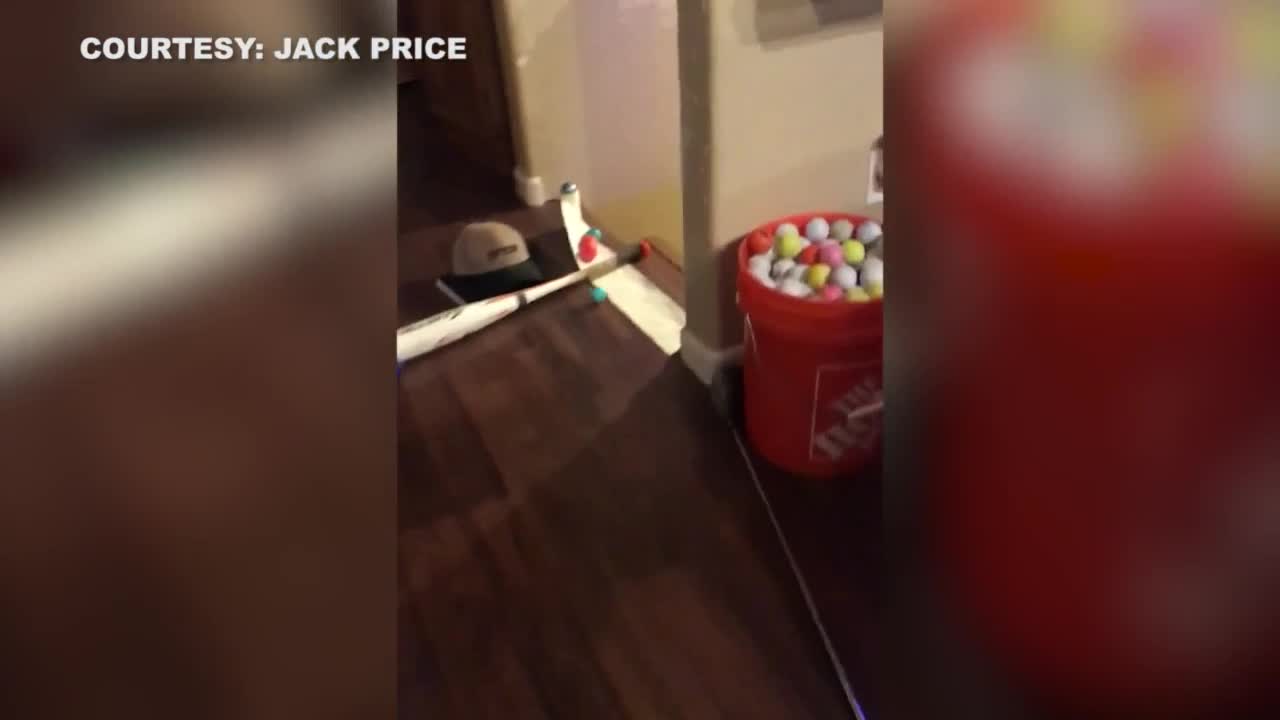 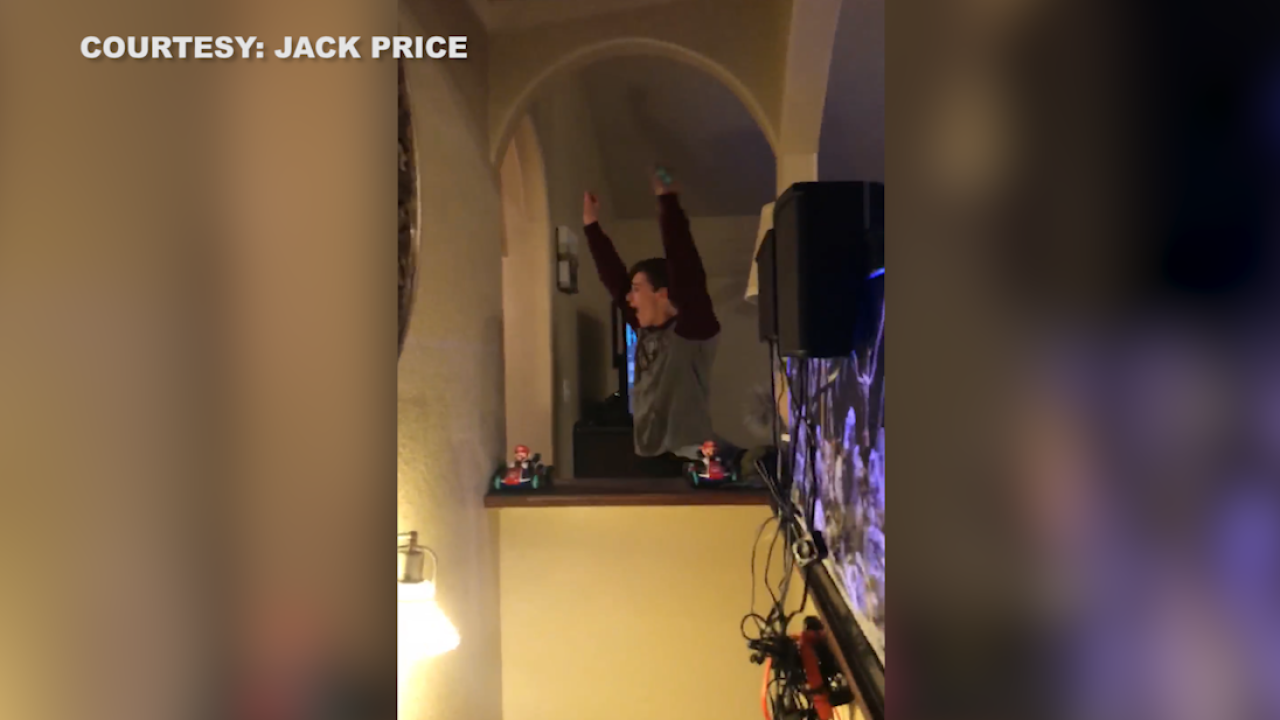 COLUMBIA FALLS -- Montanans are finding many creative ways to pass the time during social distancing, but Columbia Falls High School senior Jack Price is taking his quest to fight boredom to extreme levels.

On Sunday, Price posted a video on Facebook of a Rube-Goldberg machine he’d made using items he found in his house.

The video starts with Price in his bed, shooting a ping pong ball at basket above his door. The ball travels down rulers taped together and some paper tubes attached to the wall in the hallway.

After two bounces off of slanted covered doors, the ball makes its way into the kitchen aided by a well-placed floor fan and a hairdryer. Everything from boxes to bananas, calculators, baseball bats and textbooks are used to line the path and keep the ball rolling along the designated route.

The piece de resistance comes at the end of the line, when the ball bounces down a staircase and lands softly in a red Solo cup on the basement landing.

The entire video lasts only 35 seconds, but, as you might imagine, the set up took a heck of a lot longer.

“The first day it took four hours to set up and to test things,” Price said. “We did attempts for probably two hours. Then my parents got home, and we had to shut it all down and clean up. The next day I made sure I got back on it a little earlier. And we had the winning shot on probably the 10th attempt.”

It took an incredible amount of small adjustments and fine tuning to make sure the ball went where he intended it to go.

“I swear, every time I made a shot in my room the ball always found one little spot to get stuck or didn’t follow the path,” Price laughed. “But I’m a fisherman at heart, I’m very patient. My sister on the other hand she was the one recording and might have been slightly frustrated.”

Price is a senior at CFHS and was gearing up for his final season of American Legion Baseball with the Glacier Twins when the COVID-19 pandemic postponed the season indefinitely.

“We still have a glimmer of hope, but it’s hard to tell what’s going on with everything changing daily,” he said. “Once we get the word, we’re going to hit the ground running.”

But in the meantime, the aspiring engineer has big plans for his next project.

“One of my buddies lives down the street and has a three-story house,” Price said. “So we’ll see if we can implement all the floors.”