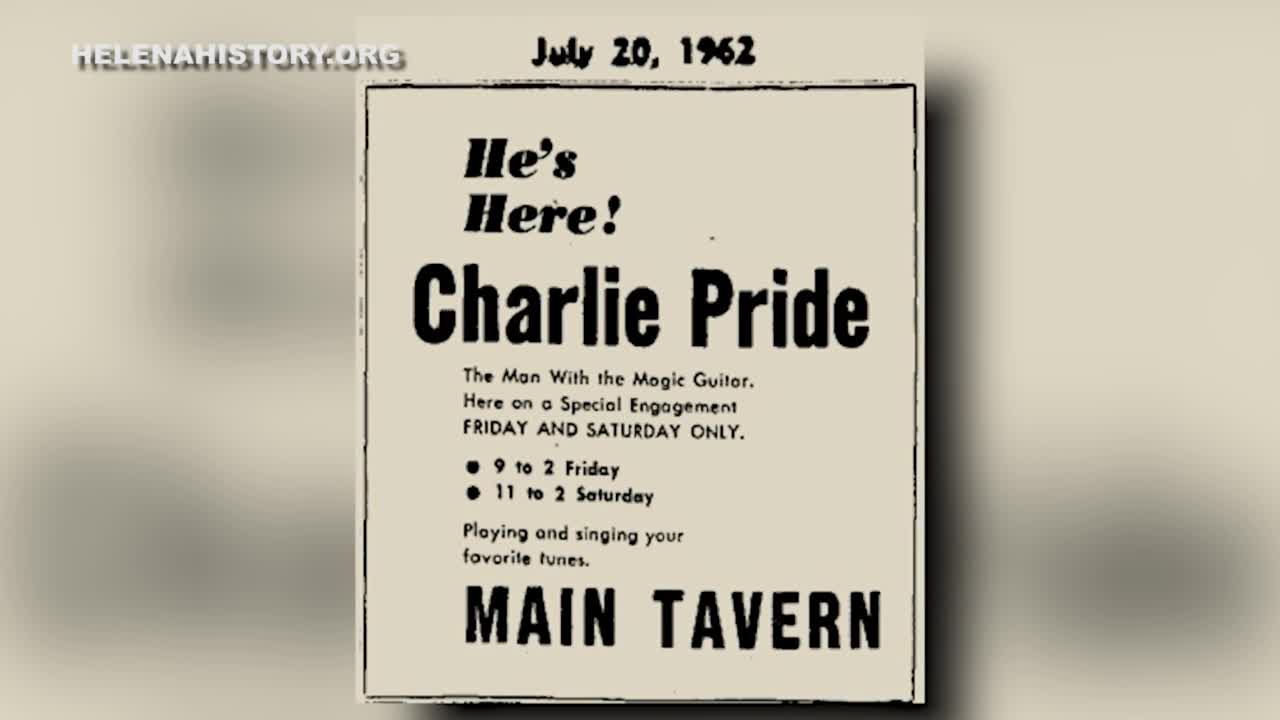 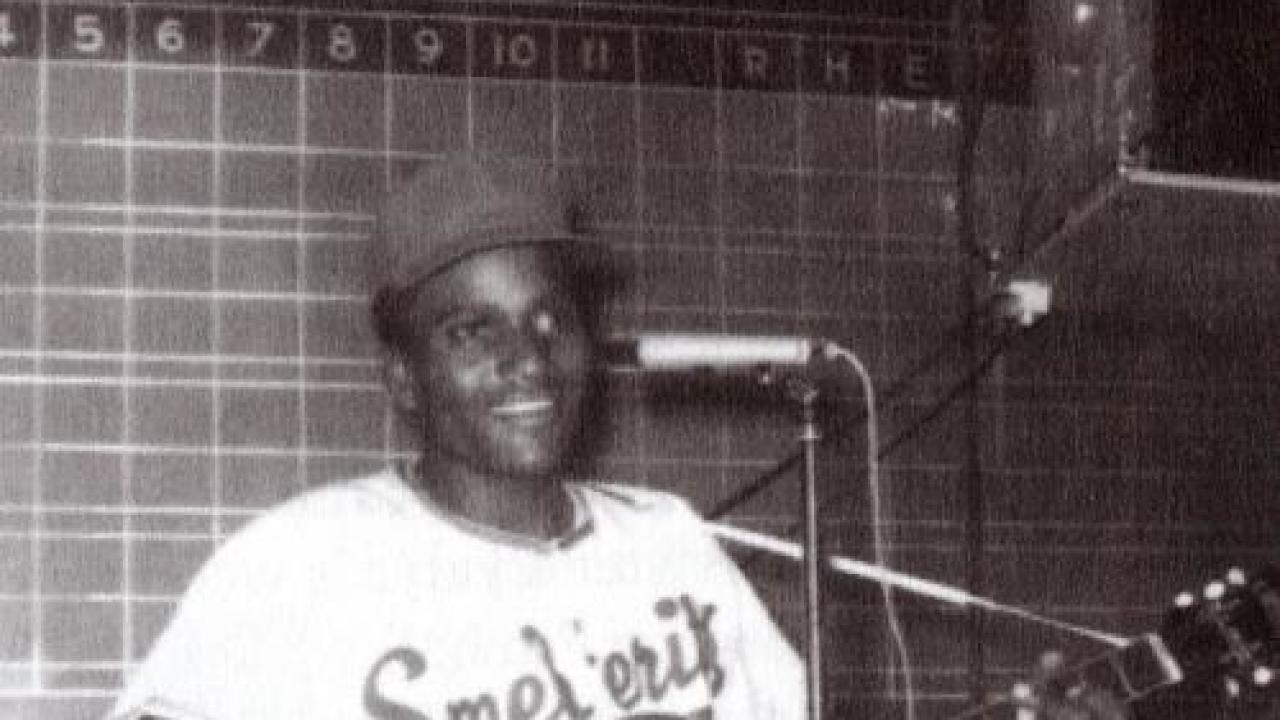 He’s in the Country Music Hall of Fame, recorded 30 Billboard Hot Country No. 1 hits and sold more albums than any RCA artist not named Elvis Presley.

He’s a black pioneer, often referred to as the “Jackie Robinson of country music” for breaking into and thriving in a predominantly white industry.

But the legend of Charley Pride the musician starts in Montana.

“I started singing there, and that's where I got recognition singing in clubs and things like that,” Pride told MTN in an interview from his home in Dallas, Texas. “I just have so many great memories of Montana.”

And his time in Montana started with a dream to be the best baseball player the world has ever seen.

“My goal was to go to the major leagues and break all the records and set new ones by time I was 35 or 36,” he laughed. “But it didn't work out that way.”

Pride was born in Sledge, Mississippi and fell in love with baseball at an early age. He bounced around between teams in the negro leagues, and various minor league affiliates – earning tryouts with the Los Angeles Angels and New York Mets before a two-year stint in the Army.

When he was discharged in 1960, Pride got the itch to play baseball again.

After mortgaging his furniture, he borrowed $400 from a lender, left $200 with his wife in Memphis, took $200 for himself and headed to Missoula to play for the Timberjacks of the Pioneer League, then an affiliate of the Cincinnati Reds.

“I gave them a call and got a reply from Missoula,” Pride said. “They told me to get in good shape, show up and we'll reimburse you. That's what they did.”

Pride was a good baseball player.

"No brag, just facts," he said. "I had a knuckleball, a fastball and a change-up. I could fly around the bases. But I cracked my elbow in 1956 and never fully recovered."

But Pride’s time in Missoula was short lived. He made three appearances on the mound and drove in two runs at the plate in three games.

“Rocky Tedesco was my manager and he sat me down and said ‘Charley, we like you. You run good, you throw good but I got to let you go now’,” Pride said. “There was disappointment. Rejection and dejection. I had a lot of that.”

But he wouldn’t let his dream die.

On the advice of the Timberjacks management, Pride moved to East Helena took a job at the local smelter and played baseball for their semi-pro team, the Smelterites. He bought a house on Peosta street near Carroll College and moved his wife, Rozene, to Montana where they stood out in the mostly white community.

“It’s a very conservative state and there wasn’t too many of us up there,” Pride said. “In East Helena when I was living there, I think there was only about three or four black families.”

East Helena is also where he started singing. The Smelterites manager, Kes Rigler, would pay Pride $10 dollars to sing the national anthem before games. After games, he’d play with a quartet called the Night Hawks at local clubs and soon everyone in town took note of his voice.

“We'd go over and play at a club called the Main Tavern in Helena there,” Pride said “It was a white male bar. I rented me a guitar and I played there. That's my first place of playing. That's the way I got started.”

His reputation spread across the state – the black baseball player with the twang in his voice.

“They put my voice with white skin,” Pride said. “Once they heard me singing they didn't care whether I was green or purple. When we’d have ads for shows we didn’t send out photos and I shocked some people. But we let the record and music speak for itself.”

Pride’s career took off. His records were selling, his songs were on the radio, and he was booking shows all across the country. So that led to a move to Great Falls, for easier access to the airport.

“I was doing shows every weekend. Fly out Thursday, perform Friday and Saturday and come back to Montana on Sunday,” Pride said. “My wife and I both loved Montana and our two youngest kids were born there. But my career got to a point where we had to go someplace.”

The rest is history. The Pride family moved to Nashville where he had signed a record deal with RCA Victor, and Charley turned into a national country music superstar. Eventually his race became just a minor detail.

“You get used to all the different things you have to roll with as a person with my skin color,” Pride said. “So, I've been rolling that way since I could sing a song.”

Over the course of his career Pride has sold over 70 million records. But just because he was beloved by audiences, doesn’t mean he was immune to racial discrimination.

“My career was smack dab in the middle of the Civil Rights movement,” Pride said. “I grew up in the south about 50 miles from Memphis. So I've experienced about everything you can. Innuendos, name calling. All of that.”

Pride has been quarantined at home with his wife for the last three months during the COVID-19 pandemic.

"I'm tired of staring out the window," he joked.

At 86-years old he still tours, he’s in good health and plays about 45 shows per year.

He’s watched what the country has gone through following the death of George Floyd in Minneapolis. He knows the United States needs to change, and that he hopes this moment can make life better for black people.

But he knows it will take effort from all walks of life.

Charley Pride had lived all over the country and played all over the world. He was born to poor sharecroppers in Sledge, Mississippi. A genealogy test that his sister took indicated his ancestors were slaves from Cameroon.

But after a decade in the Treasure State featuring some integral moments in his legendary life, he will always consider himself a Montanan. And while he never did make a big league roster, he's now a minority owner of the Texas Rangers and often takes practice with the team.

“You have to work your way in and be accepted in Montana, which we were,” Pride said. “We still have friends there and we’ve been back to visit and play shows and we always loved seeing the town. So yeah, I'm a Montanan.”

After all, it’s where he came with one dream. And left with another.