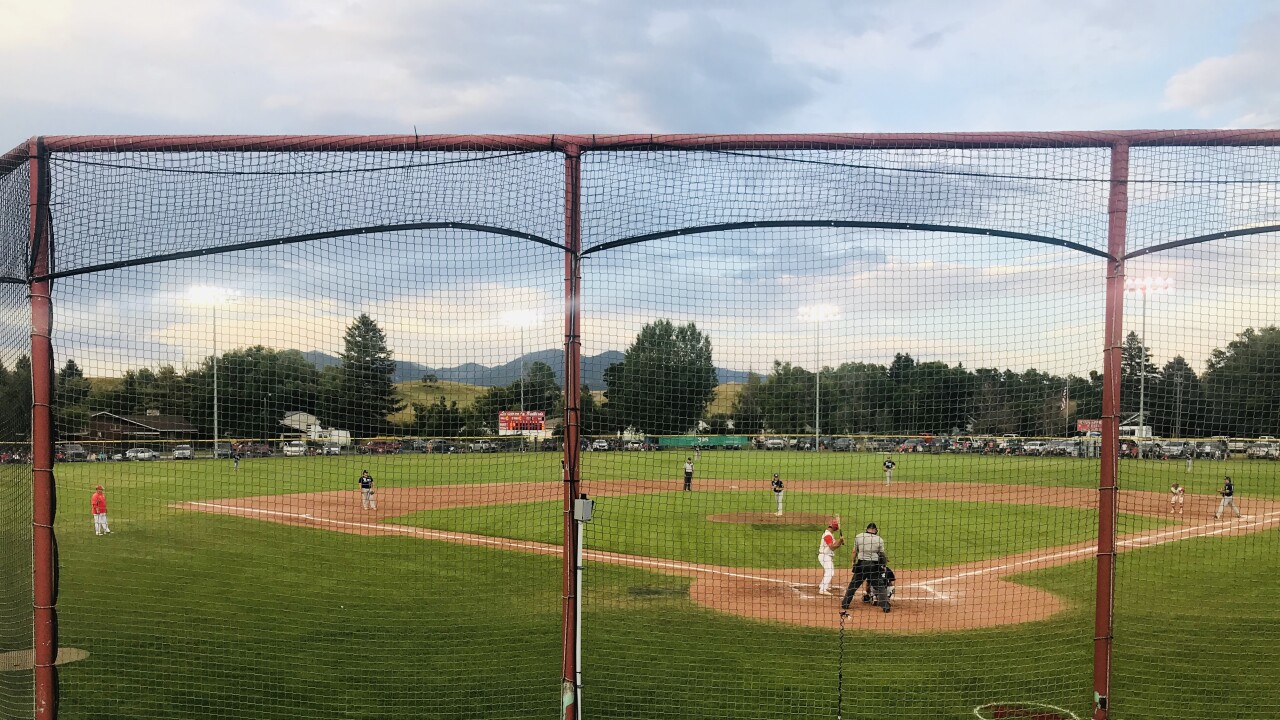 LEWISTOWN — Friday at the State A Legion tournament in Lewistown saw two loser-out games and two quarterfinal games in the double-elimination tournament.

The Bitterroot Bucs and Havre Northstars played to a 12-12 draw after seven innings, but the Bucs exploded for six runs in the eighth inning to send the Northstars packing 18-13.

Jake Scully was big at the plate for the Bucs, tallying four hits in six at-bats, including a solo home run in the second inning. Colby Kohlman scored four times and added two hits and 3 RBI.

The Bucs had 16 total hits in the offensive showcase.

Troy Larson led things off on the mound for the Bucs. He went 2 1/3 innings, allowing nine runs on seven hits and striking out one.

Trenton Maloughney led things off on the pitcher's mound for Havre. He surrendered four runs on two hits in less than an inning, walking one. Quinn Reno and Carson Lunak entered the game from the bullpen, throwing 5 1/3 innings and two innings, respectively.

The Bucs advance to Saturday’s loser-out game at 1 p.m.

For the second straight day, the Gallatin Valley Outlaws were involved in a walk-off finish, only this time they came out on top thanks to savvy base running, topping Miles City 7-6.

The Outlaws held a 5-2 lead entering the sixth inning before the Mavericks scored two each in the sixth and seventh to take a 6-5 lead entering the final frame. Trevor Doud drove in the tying run on a single to short, then a fielding error allowed Brady Jones to score the go-ahead run and seal the win.

Mayson Shively led things off on the pitcher's mound for Gallatin Valley. He allowed seven hits and six runs over 6 1/3 innings, striking out five and walking one.

Jacksen Watts was on the hill for Miles City. He lasted 5 1/3 innings, allowing five hits and five runs while striking out two. Brennan Hager threw 1 1/3 innings out of the bullpen.

The Billings Blue Jays punched their ticket to Saturday’s undefeated semi-final with a 6-1 win over Southern District champion Belgrade on Friday.

Billings held a 2-0 lead entering the sixth inning before the Bandits scored in the top half to cut the lead in half. The Blue Jays responded with four runs in the bottom half of the frame to put the game out of reach.

Kruz Slevira led the Blue Jays at the plate, going 2-3 with two RBI.

Lance Schaaf had a dominant outing on the mound, throwing six complete innings and allowing only two hits, while striking out 14.

The Blue Jays will play for their spot in Sunday’s championship against Lewistown.

The Lewistown Redbirds rallied from a 6-3 deficit with six runs over the final three frames for a 9-6 win over the Glacier Twins.

The Redbirds scored a run in the first inning and led 3-0 entering the bottom of the fourth before the Twins capitalized on several Lewistown errors to score five runs in the frame and take the lead.

Lewistown responded with three runs in the fifth inning to tie the game, before adding two runs in the 6th and one run in the seventh.

Zach Veneman was perfect at the plate for the Twins, going 4-4 with one run and two RBI.

The Redbirds are one win away from a championship appearance while the Twins will face their Western A district rival Bitterroot Bucs in loser-out action Saturday at 1 p.m.