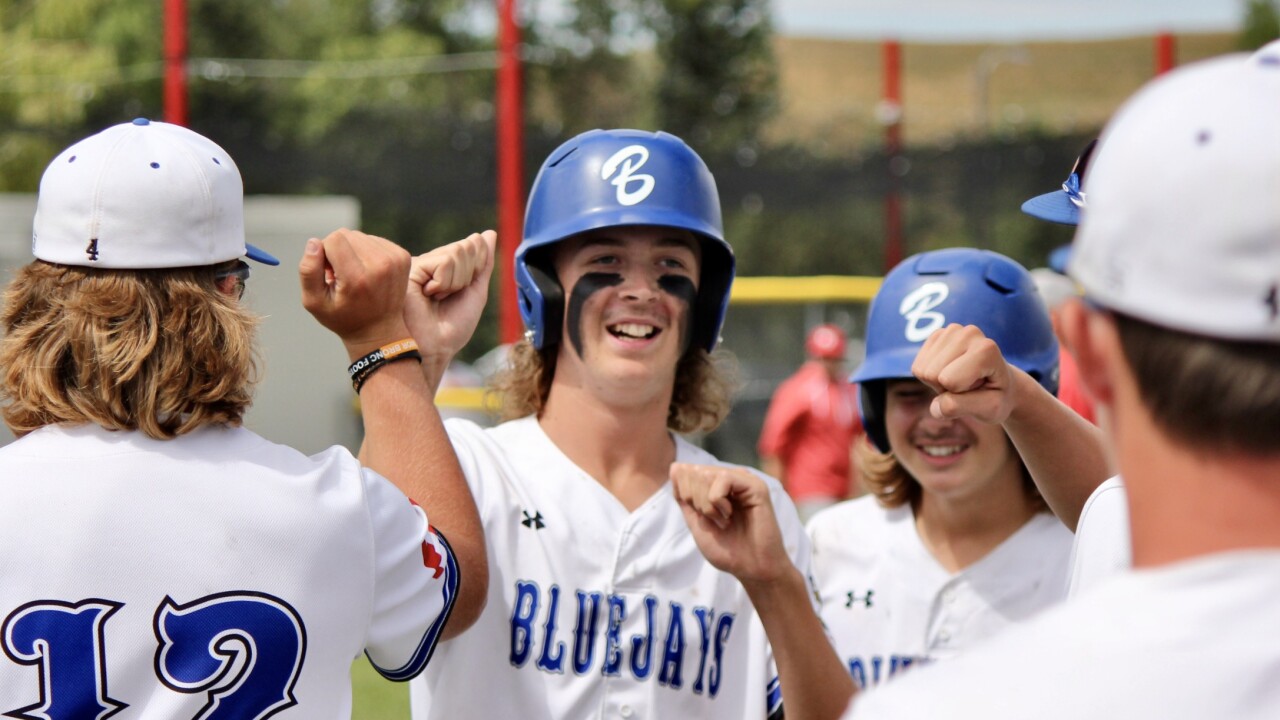 LEWISTOWN -- The Billings Blue Jays didn’t consider themselves the most dominant team in the Class A Montana Legion Baseball state tournament entering the week.

In fact, they felt like they were the scrappy up-and-comers.

“When we won the (Eastern A) district, we knew we were coming to state but we didn’t expect to win it all,” said first baseman Davis Mosier. “But once we beat Belgrade on Friday that’s when things clicked and we knew exactly what was going on.”

After Sunday’s 11-1 win over Lewistown, the Blue Jays capped off a perfect tournament to claim the State A championship, leaving no doubt which team was tops in Montana Legion ball.

“Every guy contributed to this state championship,” said first-year head coach Calvin Bjorgum. “They should be so proud of themselves. Pitching, hitting, in the field, everything went right for us this weekend. It was just amazing.”

After two scoreless innings in Sunday's championship, Mosier started the offense in the third. A double to the fence in right center scored two runs, and then a Gunner Thompson single drove Mosier home for a 3-0 lead.

In the fifth, Kruz Slevira hit a two-run bomb to deep right center field to make it 5-0.

The Blue Jays continued to pile on the offense in the sixth inning, adding six runs on three hits to take a commanding 11-0 lead into the bottom of the frame and threaten to mercy-rule the Redbirds.

Lewistown’s offense finally came alive in the final frame in an effort to keep its season alive. The Redbirds loaded the bases with no outs before Kyle Smith drove in Luke Clinton with an infield single to get on the board.

But Reagan Walker pitched a gem on the mound, striking out five in six innings, including the final two he faced. When Walker caught Kendall Barta looking for strike three, the celebration was on. Walker threw his hat in the air and was immediately mobbed by his teammates.

“It’s really crazy,” Walker said. “I didn’t think we’d have a season but we did. And we came through in the end.”

Lance Schaaf was named the tournament MVP, and Slevira was the tournament’s top batter. It was the first state title for the Blue Jays, a feeder team for the Class AA Billings Royals, since 1996.

Lewistown, which topped Gallatin Valley 10-1 earlier in the day to advance to the final, finished the season 50-13.