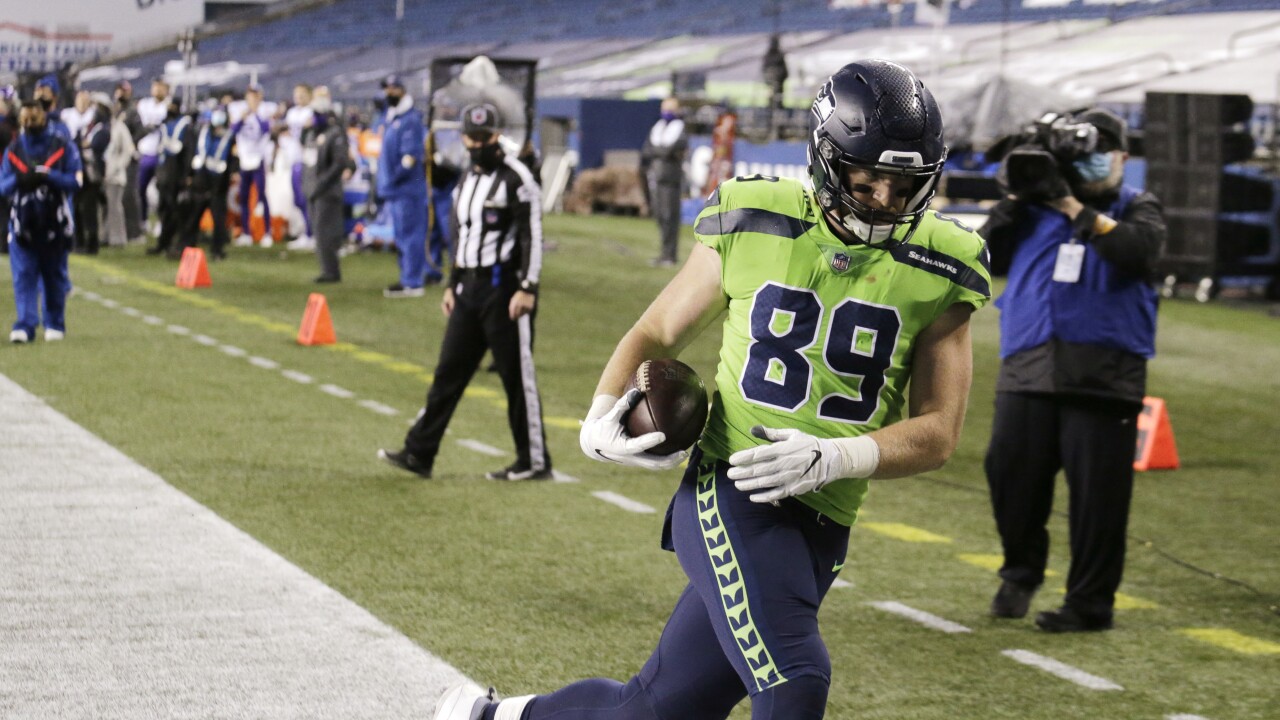 John Froschauer/AP
Seattle Seahawks tight end Will Dissly runs through the end zone on his 19-yard pass reception touchdown against the Minnesota Vikings during the second half of an NFL football game, Sunday, Oct. 11, 2020, in Seattle. (AP Photo/John Froschauer)

SEATTLE -- Bozeman native Will Dissly scored his first touchdown of the 2020 National Football League season on Sunday night, hauling in a 19-yard touchdown reception in the third quarter of the Seattle Seahawks' come-from-behind win over the Minnesota Vikings.

Seattle won 27-26 with the winning touchdown coming in the final 15 seconds.

Trailing 13-0 entering the second half, Dissly ran a wheel route from the left tight end position, catching a perfectly thrown ball from Seattle quarterback Russell Wilson for the Seahawks' first points of the night. The 19-yard touchdown reception was the first of the season for Dissly and the seventh of his three-year career.

The former Bozeman Hawk and University of Washington tight end was limited to only 10 games in the first two seasons of his pro career, with injuries ending each of those campaigns. Dissly tore his patellar tendon as a rookie, then tore his Achilles last fall.

He returned to action for the first time in August, relating that practice to the feeling on "Christmas morning."

Through the Seahawks' first five games this season, all wins, Dissly has eight receptions for 56 yards and Sunday night's touchdown. The scoring reception upped his career totals to 39 catches for 474 yards and seven touchdowns.

The Seahawks will enjoy a bye in Week 6 before returning to action on Sunday, Oct. 25 at the Arizona Cardinals.