Sledge Hockey takes to the ice in Helena 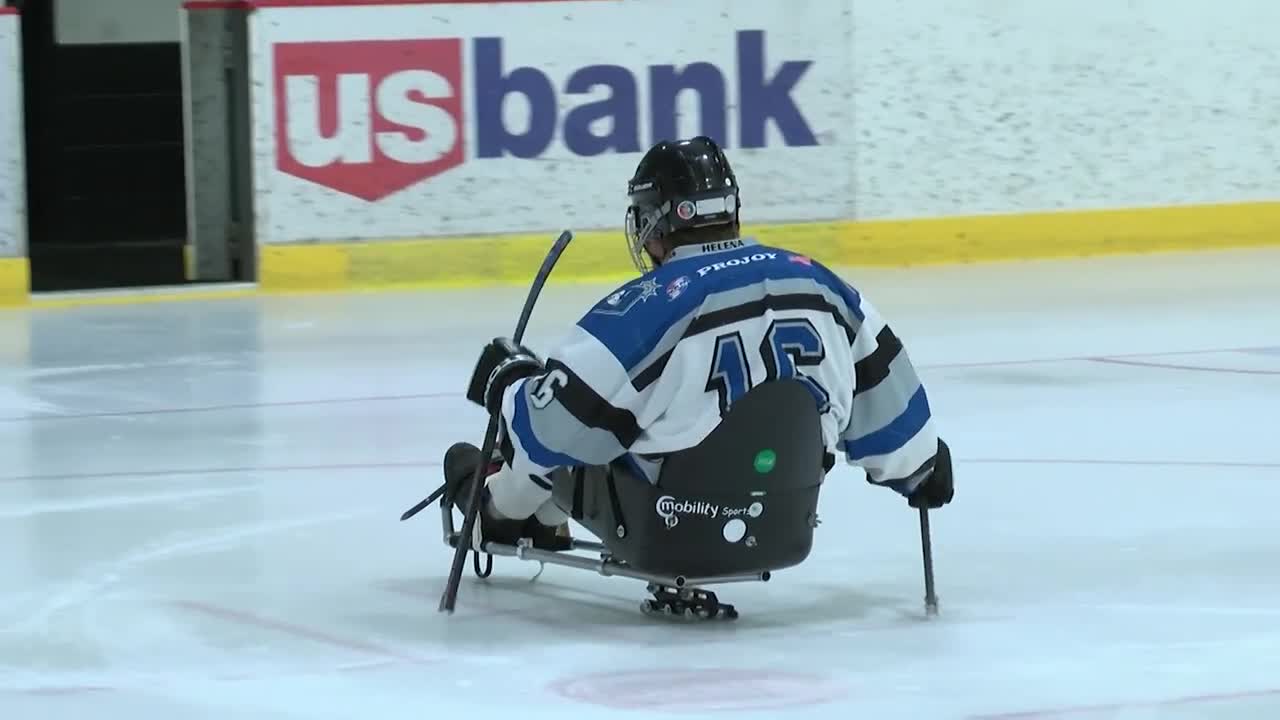 HELENA -- With wintry weather rapidly approaching Big Sky country, that means hockey season is about to take full effect, both in Montana and across the country. However, there's another kind of hockey that's taking to the ice in Helena: Sledge hockey.

Finding a competitive sport can be both expensive and an opportunity that's not always readily available for people with disabilities, which is why the Montana Independent Living Project created an adaptive ice skating program, so that everyone has an opportunity to get out there on the ice. For those who want more competition, MILP also added the Helena Miners sledge hockey team. Every Saturday morning, from 8 a.m. to 10 a.m. at the Helena Ice Arena, anyone, whether they have a physical disability or are able-bodied, can borrow some gear and get on the ice.

Joel Peden, Advocacy Coordinator for MILP, said the idea behind bringing adaptive ice skating and sledge hockey to Helena was to create that opportunity for everyone.

"Sledge hockey is the ultimate in inclusive activities, because when you look out on the ice and you see a dozen people skating in sleds, you cant tell who has a disability and who doesn't," said Peden shortly after Miners wrapped up their session on October 19. "That's the ultimate goal, everybody is equal."

Jeff Swenson, has been playing sledge hockey on and off for the last few years, and prior to joining the Miners Sweson gave biking a shot. He noted that biking was fun and good exercise, but it didn't have everything he wanted from a sport.

"I enjoy this a lot more, it's a lot more fun," said Swenson with a chuckle. "There's no competition in biking really. Racing straigh? Eh, whatever. I like going in circles and stuff and playing with the puck."

Along with the aspect of inclusiveness, the want and need for competition was also a factor in MILP's decision to invest in the sledge hockey program.

"They can get out on the ice and compete, be with a group of friends and get some great exercise in as well," said Peden

For anyone who's interested in trying out sledge hockey, but are worried about the cost, the sledge hockey program in Helena is free to try and the gear is free to borrow for the first year. Peden also said that MILP wants the program to be a mainstay in the area. Like skiiers look forward to carving a mountain when the first few flakes of snow fly, MILP hopes the Sledge Hockey program is something people look forward to every fall.

"Our plan is, it's here to stay, so it's not just a one year deal. We'll be back in the fall, next fall," said Peden. "For this current season, we're going to go until they take the ice away from us."