Steer wrestling: A blend of nerves and confidence 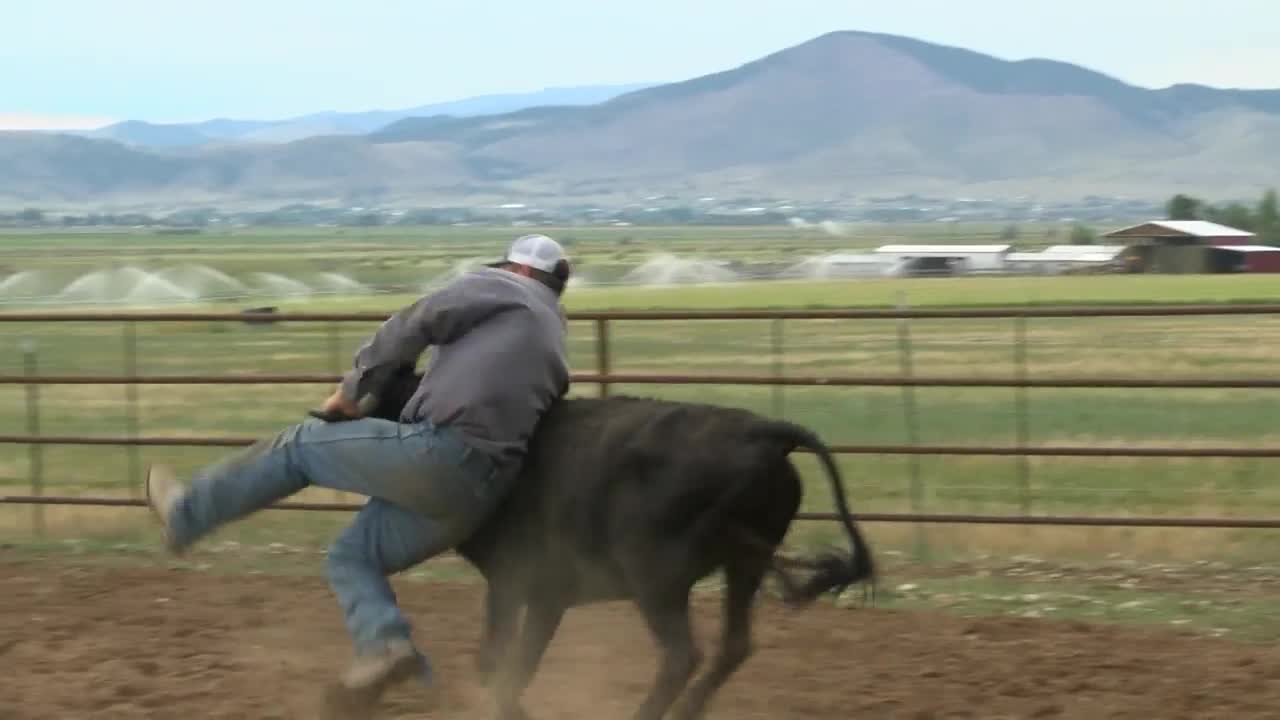 This will be the 19th year Anseth will mount a horse, then jump off just a few moments later in hopes of grabbing a steer tight enough to bring it to the ground. As for what drew Anseth to rodeoing, he simply says, “To win money and compete.”

“A lot of people like competitive fishing and that kind of stuff; we enjoy being around the western way of life which is horses and cattle. I grew up around it, so for 40 years that’s all I‘ve wanted to do,” Anseth said after dusting himself off from a practice session in Helena’s north valley. “Once you start doing it, it sticks with you. You crave it.”

With any sport comes a plethora of emotion, nervousness to be exact. Whether it’s mounting a horse knowing you’ll be bounding from the saddle to wrestle a steer to the ground, or stepping into the batters box with two outs and runners on second and third in a one-run game, nerves can get the best of any athlete. Anseth grips his in stride, knowing he’s in control of how he responds.

“I think you’re always a little nervous. If you’re not, you’re not playing the right game,” said Anseth. “You always have to be a little nervous, but you also have that confidence of knowing if you do your job, things will go your way and you should be able to win.”

Rodeoing is dangerous, and steer wrestling is no exception. Jumping off a horse at full gallop, while trying to grab hold of another animal and then wrestle it to the ground, is the perfect storm for a potentially life-threatening injury, and Anseth dons a reminder of that. A large scar, spanning from the edge of his beard, to just below the gap between his eye and nose, cuts across Anseth’s right cheek. Two years into his steer wrestling career a horse was running by Anseth and kicked him in the face, requiring 40 stitches.

Now, many years later, Anseth’s age lends his body to ache more following a ride, but does he feel like he’s ready to give it up?

“Some days,” he said. “The bumps and bruises take longer to get healed up, but I still enjoy the competitiveness. I’ve got good horses and guys are winning on my horses, too, so that keeps me going.”