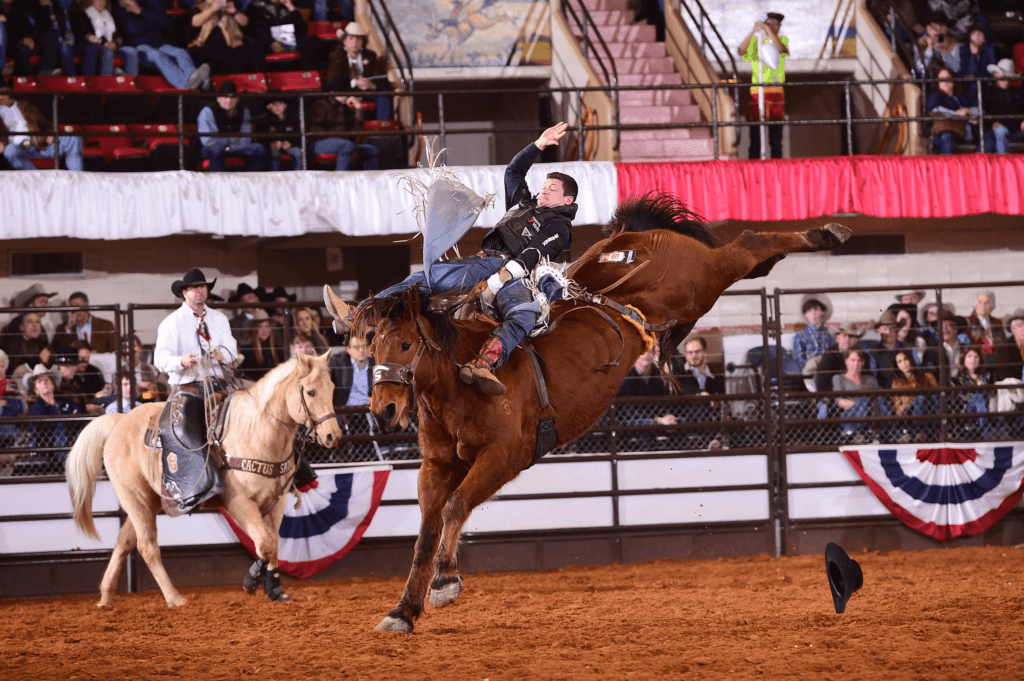 FORT WORTH, Tex. – The Fort Worth Stock Show & Rodeo’s $100,000 extreme team rodeo competition was branded with a new name this year, but the result was familiar. Rodeo X presented by Schaefer, featured a tight race between teams representing eight of North America’s most historic and prestigious rodeos with Rodeo Houston taking the team title for the fifth consecutive year.

The team race was not without drama, with the outcome hinging on the final bull rider to compete. Canada’s Wacey Finkbeiner, the only rider to tally a score (85.5) in the preliminary round, was the final contestant of the night. He needed to ride his bull to pull out the win Rodeo Houston and he did so in style. The Ponoka, Alberta, cowboy rode New Star Pro Rodeo’s bull Sox for a score of 90 points to put the team title on ice and earn the $10,000 event championship as well.

First, eight contestants competed in each event, with the top four qualifying for a second round where the winner received a hand-tooled, leather briefcase with $10,000 cash inside. Many of the contestants were current or former world champions and National Finals Rodeo qualifiers and the livestock was among the elite in pro rodeo.

New father Cole Edge of Durant, Oklahoma, took first in steer wrestling for Rodeo Austin with 4.62 seconds. His almost eight-week-old twin son and daughter were in the crowd.

Sterling Crawley of Stephenville, riding for the National Western in Denver, claimed the $10,000 in saddle bronc riding with an 89-point ride on Dakota Rodeo’s Bartender.

Officials from the Fort Worth Stock Show & Rodeo® presented each champion with a beautiful hand-tooled briefcase containing $10,000 cash immediately after his or her winning ride or run.

The winning team from Rodeo Houston each received an additional $1,000 and even those cowboys and cowgirls who did not make the championship round received $500 each.

The World’s Original Indoor Rodeo begins its 29-performance run at 7:30 p.m. Friday in Will Rogers Coliseum.