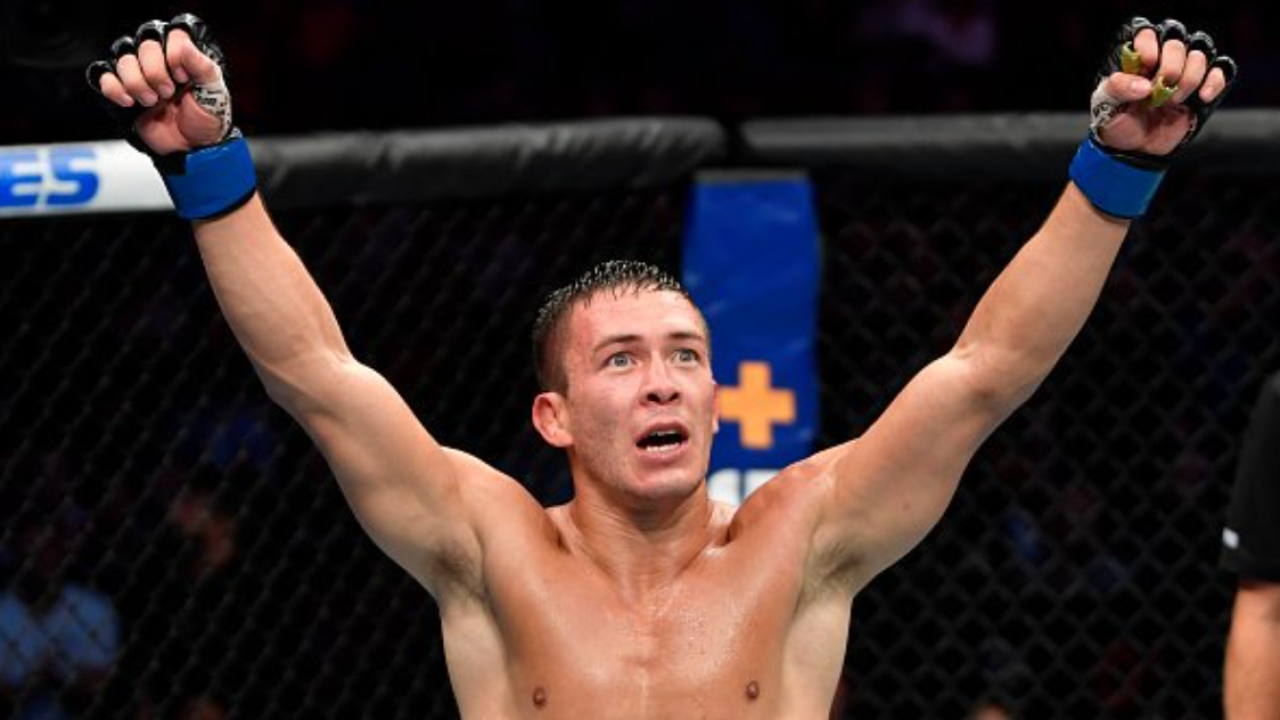 JACKSONVILLE, Fla. – Poplar native Hunter Azure was disappointed his fight at UFC 249 was canceled due to the COVID-19 pandemic.

But it turned out to be a blessing in disguise.

Azure and his girlfriend, Sage Pearce, welcomed their first-born son, Wilder Roan, on April 10, just one week before he was scheduled to fight. So instead of worrying about training and traveling, Azure was able to be a dad for a few days.

“I was able to just recover my body correctly and hang out with the son,” Azure said this week in an interview with MyMMANews. "It was great to let my mind settle and my body heal, then just get right back to it.”

With professional sports in limbo and athletes’ livelihoods at stake, Azure (8-0 MMA, 1-0 UFC) is one of the lucky ones who didn’t have an agonizing wait to return to the octagon. The undefeated bantamweight is scheduled to fight veteran Brian Kelleher (20-10 MMA, 4-3 UFC) on Wednesday in Florida at UFC on ESPN: Smith vs. Teixiera.

The event will be held at VyStar Veterans Memorial Arena in Jacksonville with no fans in attendance and only essential personnel ringside. That’s not a problem at all for the former four-time Montana High School Association state wrestling champ from the Fort Peck Indian Reservation.

“Man, I came from Montana, so I've competed in some shows, wrestled some places where there was no one,” Azure said. “It’s just another day and it's still a fight, and the fans get to watch us on TV. So that's OK by me.”

After earning a contract on Dana White’s Tuesday Night Contender Series, Azure won his UFC debut against Brad Katona in September. He’s been itching to get back in the ring and believes Kelleher will be a good test in front of what’s sure to be a huge TV audience. The UFC is one of the first major American sports organizations to return to competition after the COVID-19 shutdown.

“I was feeling strange (when UFC 249 was canceled), but now it’s fight week, everything just feels normal,” Azure said. “My body is ready to go. It’s crazy, once you get close, your body just knows. I am just excited, I guess.”

Azure-Kelleher is the first fight on the preliminary card which starts at 4 p.m. (MDT) Wednesday and will be broadcast on ESPN and ESPN+.