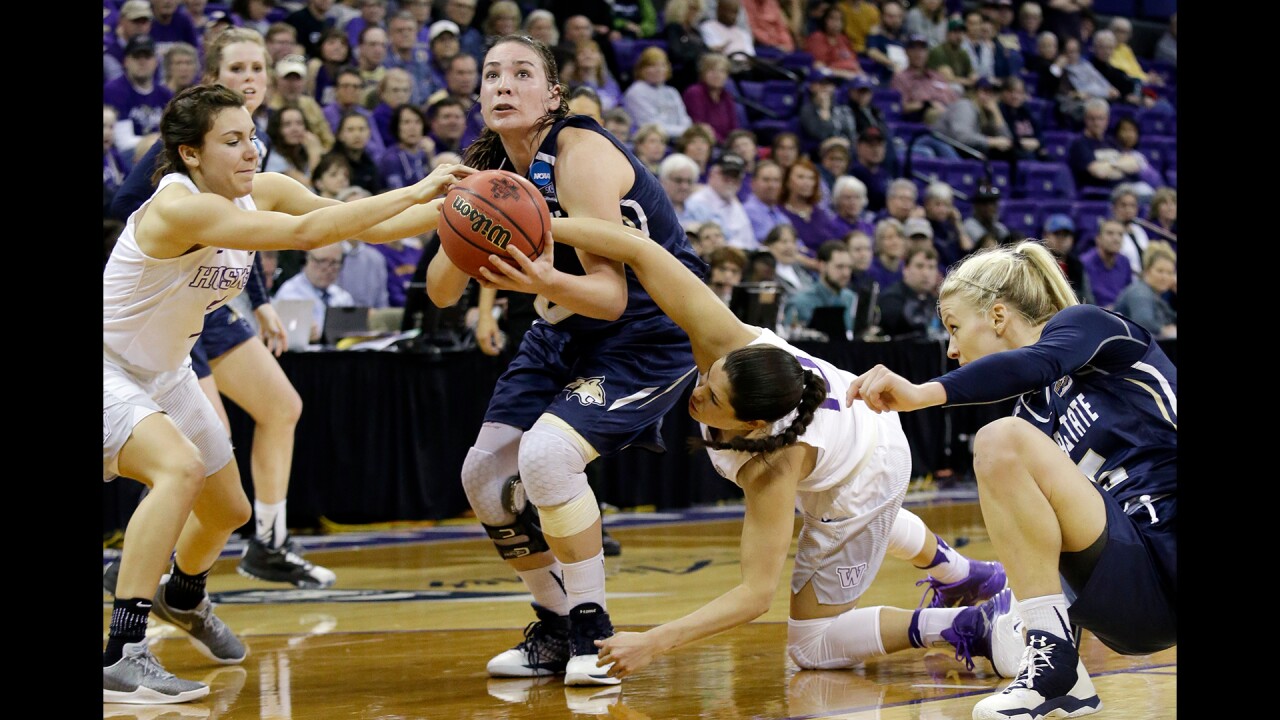 TWIN BRIDGES — Peyton Ferris considers herself fortunate that she was able to easily get back stateside in March.

When the coronavirus started its international spread, Ferris was in the midst of her third season with GDKO Ibaizabal, a team in Spain’s second level of women’s professional basketball.

“It was kind of strange and eerie,” the former Twin Bridges High School and Montana State star said of the coronavirus spreading to Spain early in 2020.

“Then it hit Madrid and just kind of blew up, and everyone went in the state-of-emergency, shut-down mode throughout that week,” Ferris added, noting how quickly league directives changed in the middle of March. Officials changed a scheduled game in Madrid to being played “behind closed doors” to then suspending the season for two weeks before ultimately canceling the remainder of the season in a matter of days.

With the season cut short and international travel in limbo, Ferris quickly got out of Spain and back to Montana.

“Luckily made it, didn’t get stuck somewhere between," she said. "It was close timing, close call, but fortunate I got back."

Now, Ferris, who lives in a town of about 30,000 people outside of Bilbao when she’s in Spain, is closely monitoring the European Union’s travel restrictions placed on Americans in hopes she can get back to Spain in August. Ferris recently re-signed with GDKO Ibaizabal to play her fourth season with the team, which is scheduled to start the 2020-21 season on Oct. 3.

Ferris averaged 10.5 points per game last season, according to www.eurobasket.com, on 45.5 percent shooting from the floor. She averaged 11.3 and 12.3 points per game in 2017-18 and 2018-19 while transitioning to the new club and a new position. After spending much of her Montana State career in the post, the 5-foot-9 Ferris is now back playing guard.

“Playing both guard and post in college and high school helped me a lot,” she said. “Being versatile since high school and college has really helped me open up more opportunities, and I think that’s a big reason why I’m still going on.”

Her versatility has always been an asset, but Ferris also possesses the work ethic and leadership qualities coaches desire in players. She was a two-time Big Sky Conference reserve of the year and won the league’s MVP award during her senior season when she helped the Bobcats advance to the NCAA Tournament for just the second time in program history.

As the only American on GDKO Ibaizabal’s roster, Ferris was one of two team captains last year. She’ll resume that role when the team reconvenes later this summer.

“In (GDKO Ibaizabal’s league), they’re only limiting one non-European per team, so it was kind of a stressful year getting signed,” said Ferris. “But thankful to be able to go back to the same team and kind of have that as an advantage in being able to go back in all this.”

Ferris said the team figures to have six players back from last season, which is a rarity in the Spanish professional leagues. Players often bounce from team to team, but the GDKO Ibaizabal roster will largely be the same next season as it was this past season.

“We kind of went through a bit of adversity this last season, but it was all coming together and we were ready for playoffs and just got cut short,” Ferris said. “But we’ll see what we can do this next year. We should have another good team.”

In the meantime, Ferris is back home at Twin Bridges, where she’s helping out on area ranches and sharing the sports spotlight with her brother. Jason Ferris, who was an all-American linebacker on the Montana Western football team, signed a contract in April as an undrafted free agent with the Carolina Panthers of the NFL.

“(The NFL Draft) was kind of nerve-racking. The tension around, it was all excitement and just kind of waiting around. Even he — it was getting to the later rounds and everything — was kind of nervous. … Toward the end, you get more and more nervous, you know, ‘Is he going to get the opportunity or not?’ Then he got that call and texted me,” recalled Peyton.

NFL teams are still scheduled to open training camps later this month. If everything goes to schedule and according to the Ferris’ plans, both siblings will be playing professional sports this fall.

“Everything is going good,” Peyton said, “and I’m excited to get back over there.”