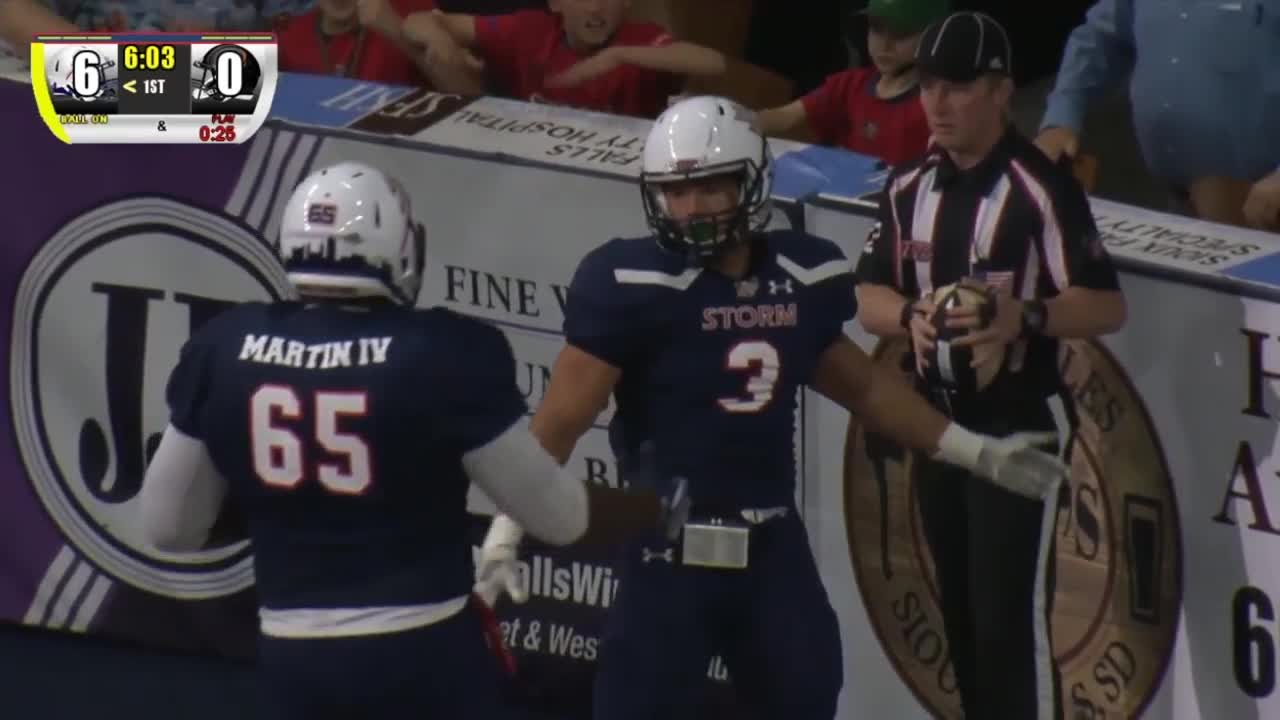 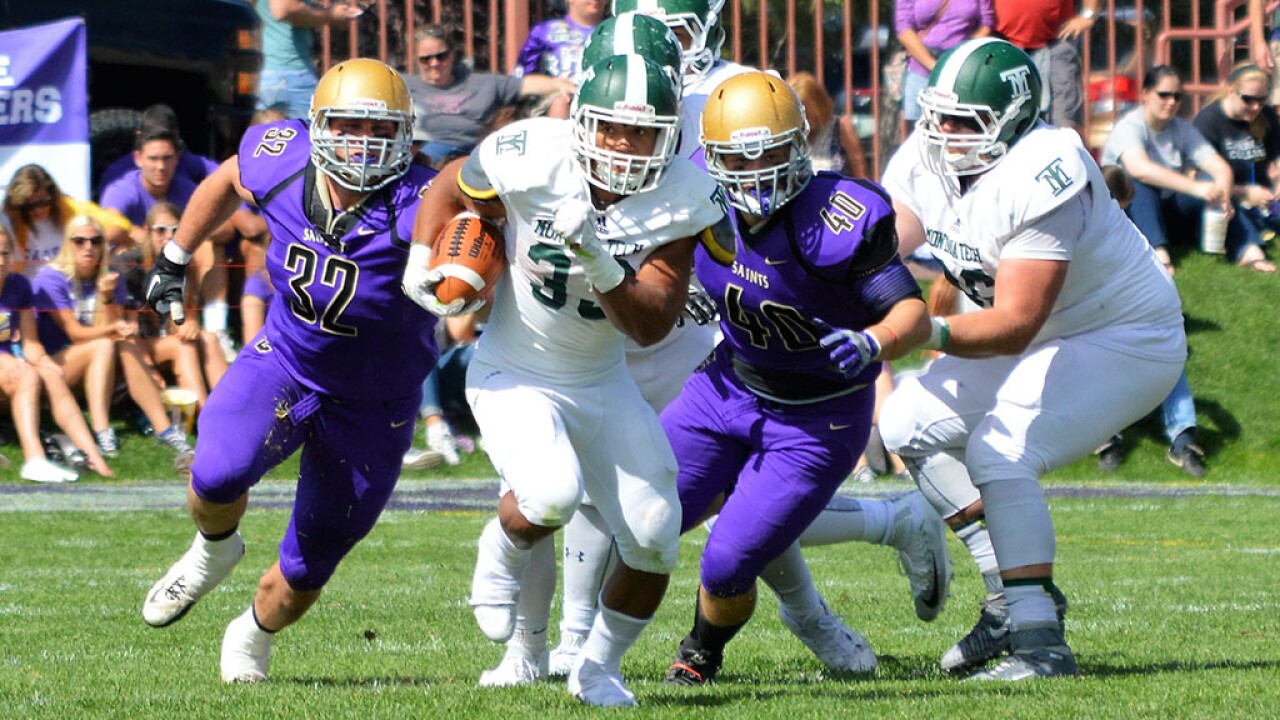 SIOUX FALLS -- As Montana football fans flock to Vermillion, South Dakota for Saturday's season opener against the USD Coyotes, there's another Treasure State connection worth checking out an hour north.

Former Billings Senior running back and Montana Tech all-American Nolan Saraceni recently wrapped up his rookie season with the Sioux Falls Storm of the Indoor Football League after two seasons out of competitive football. The year culminated in a league championship for the Storm.

Saraceni arrived late in the season and only appeared in two games but made his presence felt, averaging a team-best 55 yards per game and scoring five touchdowns.

“It was a good experience, it’s always good getting back into the game," Saraceni said. "The coaching staff was great, the players were great, we had a good group of guys. With the field being smaller, your decisions have to be a lot quicker. You have to be more precise on your cuts. There are some aspects of the game that enhance some of the skills I’ve been working on before going into the season with the storm.”

Saraceni didn't end up in the IFL by design. After a record-breaking career with the Diggers, the Billings native participated in several pro days and put up impressive numbers in front of NFL scouts.

But he failed to catch on with a team. After two seasons out of the game, the opportunity with the Storm materialized and Saraceni jumped at the chance to play again.

"A lot of waiting around for the right opportunity," recalled Saraceni. "I did continue to train and train extensively. I trained with (IFL Hall of Famer) Chris Dixon here in Billings, I was able to link up with him and he taught me so much, more ways to think about the game. We put a few weapons in my arsenal. Instead of just being a back that can run and can block, I'm a back that can run routes, as well."

Dixon put Saraceni in touch with Storm coach Kurtiss Riggs and as luck would have it, the team needed another running back.

"It was different," added Saraceni. "But it's football all the same."

Though his career took a detour, Saraceni's dreams remain the same: perform well in the IFL and try to get noticed.

Saraceni knows he isn't just playing for himself. He represents Senior, Tech and, most importantly, the state of Montana at the next level.

"There’s a lot of people that have helped me on the way and I want to do right by them," Saraceni said. "They saw the potential that I now see in myself, but there have been times that I haven’t seen it in myself. Playing at that next level is a struggle, it’s no easy task by any means. But just to know that I do have the ability to play at that next level, it drives me a little more."