MOONDOG puts Montana on the map at ultimate Frisbee nationals 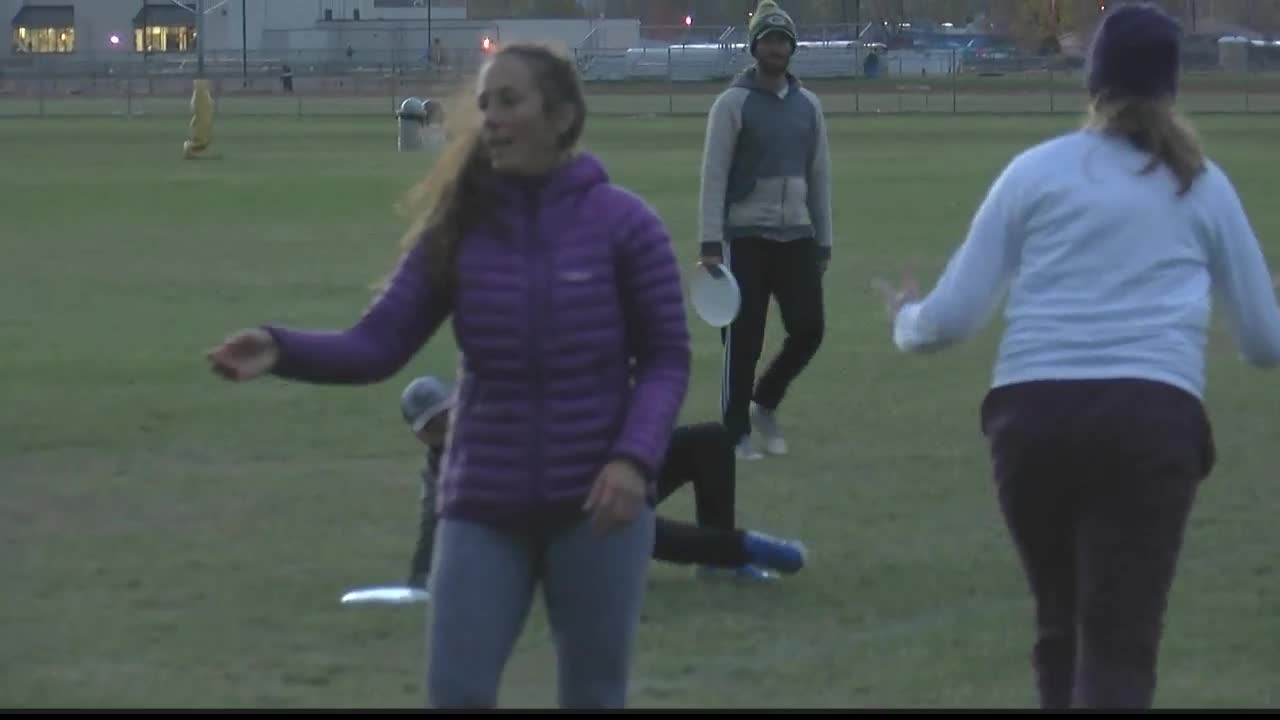 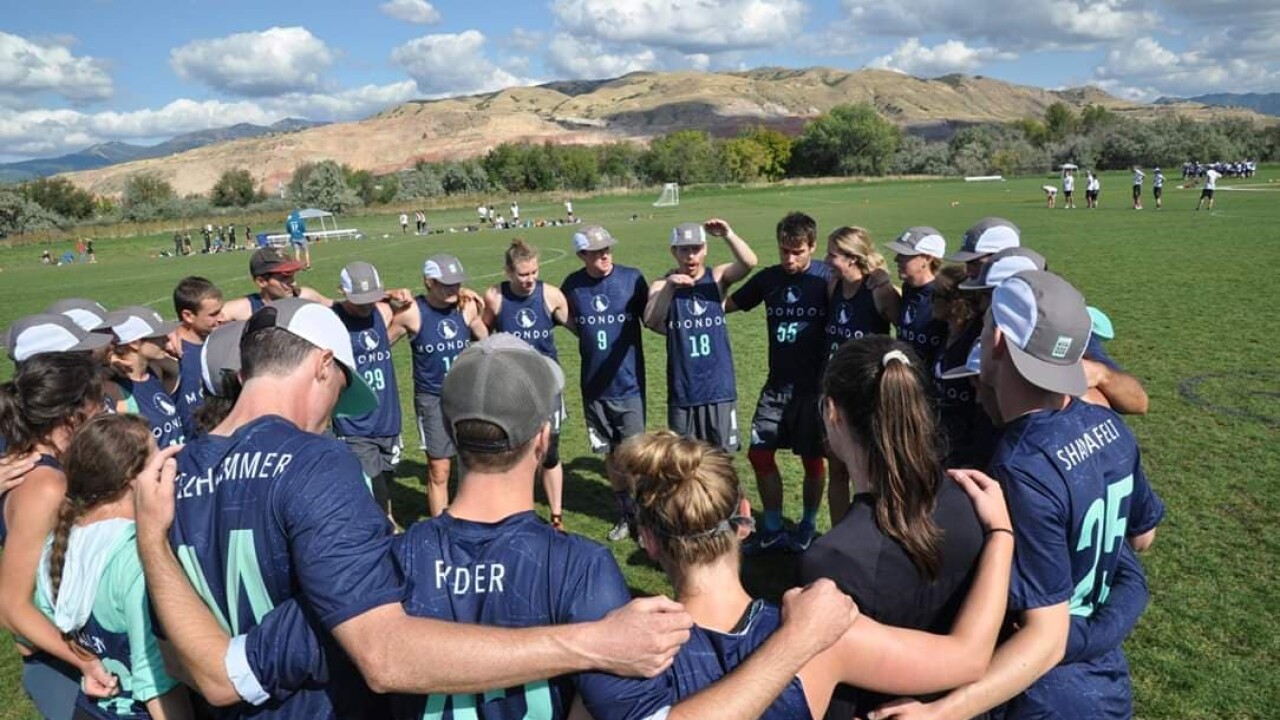 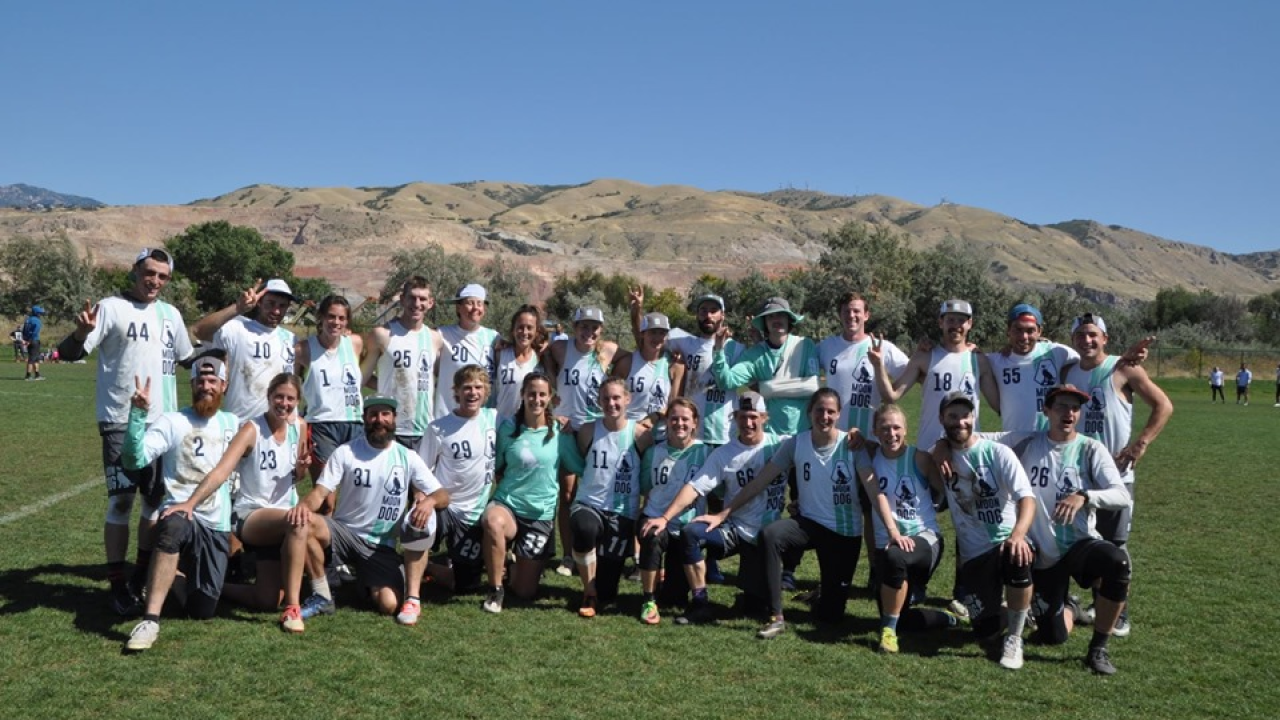 MISSOULA — Ultimate Frisbee has long been a staple of recreation sports in college towns.

Missoula and Bozeman specifically have had a tradition of ultimate within their communities, but this weekend, a coed club team combined of people from both cities and more will head to the largest tournament of the year in San Diego, California.

The nationals tournament – hosted by the governing body of USA Ultimate – features the final club tournaments of the year for the men’s, women’s, and coed (or mixed) divisions. The best teams and players in the sport from around the country advance to play for what is the nationals title, equivalent to any championship in any sport. While there are some professional ultimate leagues out there, club ultimate, especially at the highest level, is generally viewed as some of the most competitive and talented teams in the sport.

The Treasure State has long had a history with ultimate, a rapidly expanding and growing sport, with tournaments and rec leagues a staple in the state as well as men’s and women’s college teams at UM, MSU and more. But not since 2012 has a team representing Montana made it to nationals. In 2008, a Montana team actually won nationals.

And once again, Montana will have representation when Montana MOONDOG begins playing on Thursday.

“I think it’s special because it’s an all-star team. We really put the best that Montana has to offer on this team through a grueling tryout and selection process so that’s what makes it special athletically,” MOONDOG captain Caleb Stanek said. “The merging of two communities was special too. We’ve always been really good friends. We play each other on the field and we’re as nice as we can be to each other but we also compete as hard as we can, and that’s a rare thing in sports these days.

“It’s cool to finally combine our two communities together into something special. It was a pretty flawless effort once we got the athletes together who had the same mindset to advance to nationals.”

For those who don’t know, ultimate Frisbee is played between two teams with seven players on the field each. In the case of coed, that tends to be four men and three women, or vice versa. The team on offense and with the Frisbee (or disc as players will call it) work to score in an end zone like football. They pass the disc up the field to each other until they catch the disc in the end zone.

Players cannot run with the disc and must pivot, like in basketball, when holding the disc. They are allowed a few extra steps to slow down if running when catching the disc. It can be passed backwards as well, with movement like soccer in that regard.

The defense can try to intercept the disc. Also, if the disc touches the ground, it is a turnover. Teams play until a point is scored and they reset on each end zone line before every point for the pull (like a kickoff in football but a throw from one side to the other). Ultimate is also a non-contact sports. Games are played first to 13 or 15 points usually or until a time limit is reached. The game is self-refereed, with “spirit of the game” a huge part of the origin of the sport and being honest and spirited in the event of a foul or disagreement.

Many little details are included within the game, but that is a simple rundown. The field is 120 yards long and 40 yards wide. Each end zone is 25 yards deep with the remaining 70 yards as the regular field.

MOONDOG formed this season between the two ultimate communities in Bozeman and Missoula as a chance to make the national tournament. Each team would practice a couple of times a week in their respective towns, which also included track workouts, conditioning and more, and then once a month the group would all meet up in either Missoula or Bozeman for a full-team practice. Their final combined practice before nationals was in Helena.

Missoula and Bozeman each had a separate mixed team with members who would combine practices with MOONDOG members to keep numbers up and help script game-like scenarios.

“It takes away a lot of our weekends, traveling city to city,” Stanek said. “The hard part about having a split-city (team) is our practices in town have roughly 8-10 players at a practice. So having a community and another team in Missoula helped us stay competitive and compete against each other and grow as individuals as well as a team.”

The travel was initially a concern for a team built between two cities, because MOONDOG also traveled to Fort Collins and Denver, Colorado, as well as Seattle, for tournaments. So getting that commitment was key.

But once it gelled, away they went.

Sarah Megyesi, 40, who hails from Billings originally, moved to Missoula 16 years ago and began playing ultimate 15 years ago in the Garden City. She captained the teams in 2008 and 2012 and now serves as a mentor and role model to all the younger players who are heading to the year’s biggest tournament for the first time.

“I think it’s real special that a Montana team is going back to nationals,” Megyesi said. “We have a long history here in Montana and the Big Sky section of heartful, passionate ultimate Frisbee, and we know that our team takes a passion and soul to nationals that maybe not many other teams can bring.

“We have a lot of grit. We’re out here practicing in 40-degree weather. We’ve played plenty of practices in snow. Plenty of tournaments in snow and sleet and hail. We get to go to sunny San Diego now and show that grit in a little bit more of a kind climate.”

When comparing those teams from 2012 and 2008, Megyesi said this team’s average age is younger. But the commitment and passion between all three squads are equally similar.

“The fact that when we’re down four or five points, we’re never going to give up on our teammates,” she said. “We know that our teammates will put their best out there on the line. And then the friendships.

“Roughly half our team hasn’t been to nationals before and that was one of the big ideas from the older, veteran players on the team was to bring up that younger generation and give them that high-level experience,” Stanek added. “It’s a very special thing to be able to qualify for nationals and bring a team with roughly half the players who’ve never got to experience the big show before.”

MOONDOG lost in the game to go to the regional tournament to a team from Canada, but another team who earned a spot in regionals dropped out, and the Montanans were quick to accept the bid to continue their season. Then, they went on to place second at the regional tournament in Salt Lake City, Utah, a few weeks back to secure their spot at nationals.

The initial loss and assumption that the season was over was difficult, but it sparked something in MOONDOG that eventually propelled them to their goal.

“When we lost at sectionals, the team came together in that moment and looked each other in the eye and felt that hurt together, and in order to feel the high highs, sometimes you have to feel those low lows,” Megyesi said. “Something changed in us that day that we lost and we weren’t going to look back. We knew we had nothing to lose and we were playing with nothing to lose.”

Now, they’re San Diego bound. Only 16 teams play at nationals and are split into four pools of four teams. MOONDOG will play all three of its pool play games on Thursday, beginning at 10 a.m. Mountain. The tournament runs Thursday through Sunday, with bracket play following pool play which determines how long MOONDOG will compete. The championship is scheduled for Sunday.

USA Ultimate will have a live-stream of some games on its YouTube channel while ultimate website Ultiworld.com will also stream a select few games to subscribers, including MOONDOG’s 2:30 p.m. MT contest on Thursday. The men’s, women’s and mixed semifinals and championship matches will all be broadcast on ESPN3 and on the ESPN app.

“I’m looking forward to watching everyone grow,” Megyesi said. “I just love hanging out with everybody and their youthfulness is catching. They make me feel young again and it’s just going to be awesome to see what they learn.”

“We want to steal a win. I think all of us are motivated to steal a win against any team,” Stanek added. “We’re coming in as one of the last seeds in the tournament and maybe some teams will overlook us as underdogs. So we want to compete really hard and hopefully steal a win, qualify for the next round, and I’m sure the energy surrounding that small goal will carry us on through the next rounds and we’ll see what happens.”