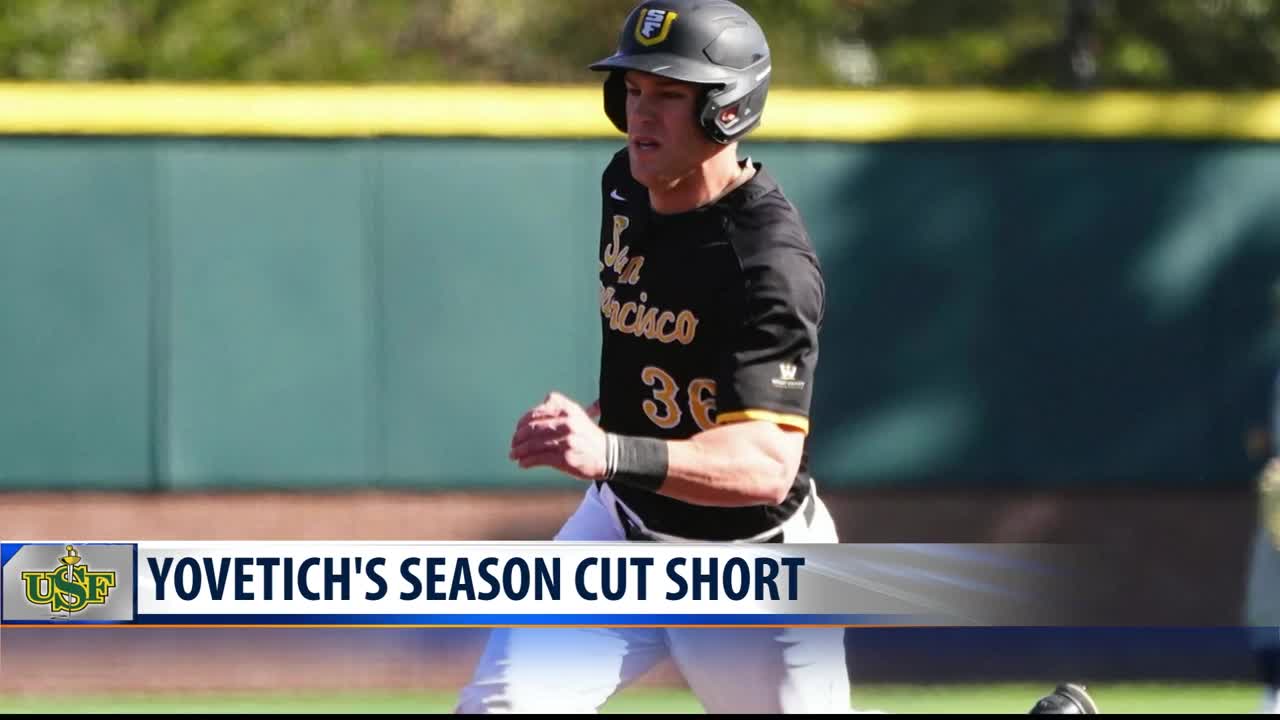 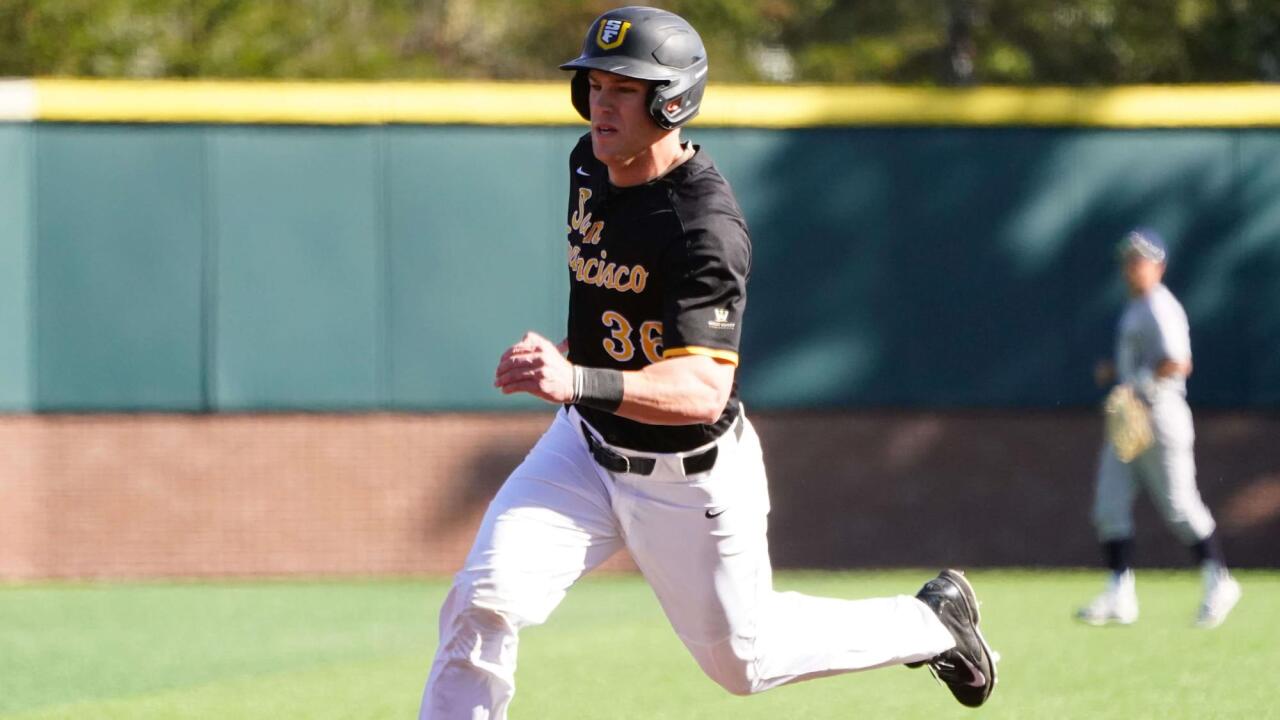 MISSOULA -- Nick Yovetich and the University of San Francisco Dons baseball team were on a road trip to Pepperdine University to begin conference play in the West Coast Conference when the bad news struck.

Sports at all levels were beginning to cancel due to the threat of COVID-19 spreading, so the team was instructed to turn the bus around and head back to San Francisco, with the season coming to an abrupt end not long after that decision was made.

Yovetich, a Missoula native and Big Sky graduate, was in the middle of a breakout junior season for the Dons.

“From a baseball perspective, this is the ultimate 'you never know what you have until it’s gone,'” Yovetich told MTN Sports on Monday. “Going to the field every day really is a privilege and I hate to say it, but this is just the biggest proving point of that.

“It’s one of those things that you can’t take for granted. It can be taken away at any minute.”

In today’s world of social media, Yovetich saw what the COVID-19 outbreak was doing to sports around the country first before being directly affected by it. And once it did impact the USF baseball team, reality set in and hit hard.

Now two weeks removed from the ax falling from the NCAA on the remainder of winter and spring sports, Yovetich, who has remained in San Francisco, has been trying to keep himself busy and in shape now that the offseason has been extended.

“I’m still managing to get down to our field just about every day,” he said. “There’s two or three or us who’ve stuck around, so we’ve been working on swings, throwing or whatever may be done at the field. And then we started to adopt some in-home workouts.

Yovetich said he’s been in touch with family back in Montana as well as his teammates as they all cope with what has happened. A few days back the team even held a meeting via Skype to catch up and to help keep a team feeling present during everything that’s going on.

On the field, Yovetich is one of the rare Montanans to play baseball at the Division I level. As far as his season goes, the Dons played just 17 games, and Yovetich, an outfielder, started in all of them. He went 22 for 69 at the plate, good for a .319 batting average, after batting .241 and .240 as a freshman and sophomore, respectively. He had a career-high three home runs this season, including a grand slam in a 12-4 victory over Sacramento State on March 10, which wound up being USF’s final game of the season.

“He’s always been a very talented player,” USF head coach Nino Giarratano said. “He played wonderful defense for us the three years he’s been here. We always knew offensively, if we could find the right key for him, he could click and get it going and that’s kind of what’s happened this year.

“We always liked the academic person and character of (Yovetich). We thought he was a perfect fit for USF and we saw the skill set that could really come on, and we’re really fortunate now because he’s putting it all together.”

Yovetich said two areas in baseball he tended to struggle were putting the ball in play and strikeouts. So this season he tried to minimize getting into two-strike scenarios, but when he was stuck in two-strike situations, he did everything he could to put the ball in play and get on base to utilize his speed, which is a strength of his, especially with his 6-foot-4, 220-pound frame.

So as long as Yovetich was putting the ball in play, he felt like with his speed, he had a chance to be safe, and his batting average rise reflects that. But Yovetich also said that being in his third year as a Division I baseball player, the game began to slow down for him even more.

“He found a way to get on time and get some velocity,” Giarratano added. “He’s always been a scary force in that lineup, but now he’s starting to put up the numbers that back that up, so really, really excited for him.”

Strikeouts are still an area Yovetich believes he can improve as he had 19 in 2020. A left-handed hitter, Yovetich also wants to improve his ability to hit the ball to the opposite field. An avid fan of defense, Yovetich said he'll continue to hone his skills in the outfield, too. He finished the season with a perfect fielding rate and no errors.

With his season getting cut short, finding drive and motivation for next season won’t be difficult for Yovetich, but he said knowing some of his teammates won’t take the field again only adds to his drive as he puts in more work to prepare for next season while not taking anything for granted.

“I think I’m more driven by my friends who I’ve played around the entire year and through the last three years who I’ve developed these relationships with,” he said. “These guys might not get the opportunity to play next year. I think that’s what drives me the most is that next year I do get the opportunity to play. Like, why would I not take full advantage of that and really push myself and see how far I can go?”