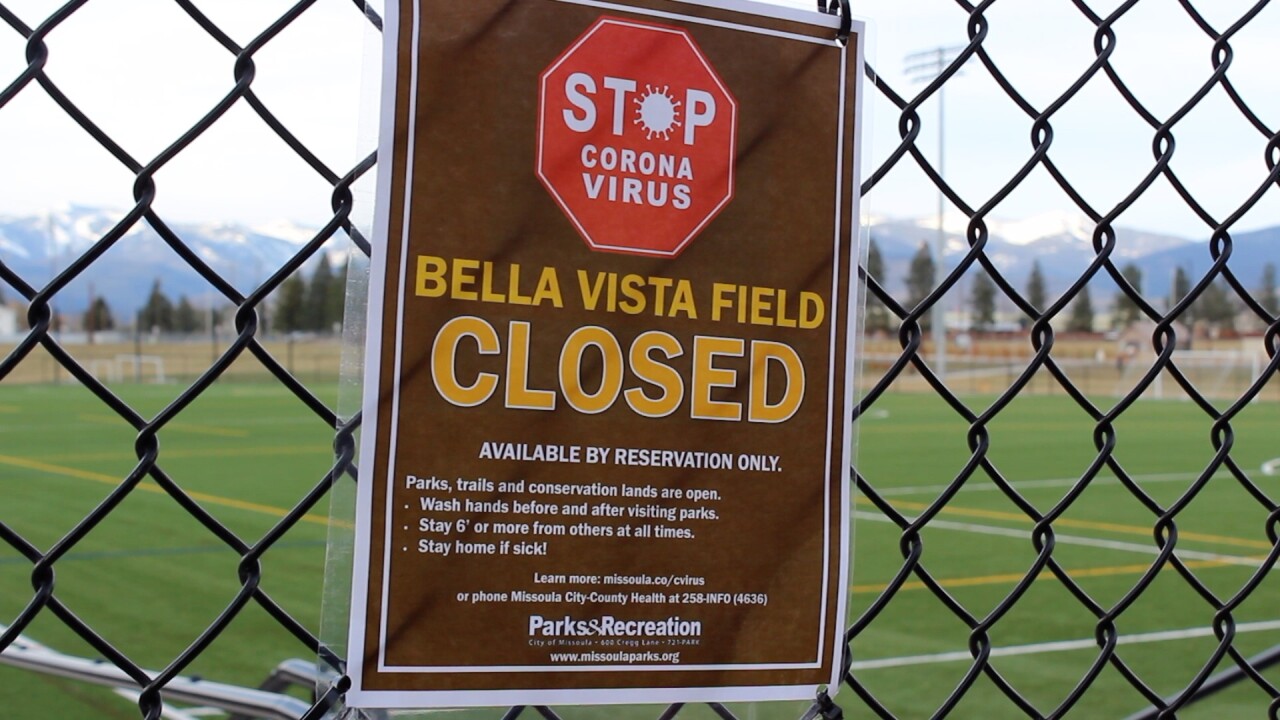 MISSOULA -- For those who were hoping to get a chance to participate on an adult rec team in Missoula this summer, you're in luck.

Missoula Parks & Recreation has received the go-ahead from the Missoula City-County Health Department to begin hosting rec leagues for four sports in the middle of June. Leagues can begin on June 15.

"Then based on that when the governor started making his recommendations and putting out his phase stuff we started creating different plans based on what that would look like," Whicher said. "We started working with the health department to get kind of their checkoff and approval on some of the ideas that we had."

Missoula Parks & Rec received the OK to begin orchestrating leagues only if Montana reached Phase 2 of Governor Steve Bullock's state reopening plan before July 1. Had the state not gotten to Phase 2 by July 1, leagues would've been canceled altogether.

However, Montana is set to enter Phase 2 on June 1, so adult rec leagues in the city were given guidelines by the county health department and city leadership to use moving forward.

Whicher said Parks & Rec reached out to past participants and those who were signed up and waiting to get their feedback on what competitors would feel comfortable doing as well as their feelings on some of the new guidelines. For example, softball players were OK with the idea of wearing masks during play, but soccer players were not because they could have trouble breathing.

Those surveys also allowed people to give ideas they might have. Whicher said their physical distancing guidelines were one area that they wanted to see what participants had suggestions on. That feedback, which fell in line with city leadership regulations, helped Missoula Parks & Rec feel comfortable with officially beginning leagues in mid-June.

"Because we didn't want to run leagues that people weren't going to sign up for, you know?" Whicher said. "Overwhelmingly we had more people say that, listen, we don't care what you do, we just want to play. So if that means we'll have to play by funky rules, we're fine with that.

"We wanted to see what their current comfort level was with us even running team sports for adults in general. That's kind of one of the cool things about being a city and government worker is that we really just respond to what our community is asking us to do."

Initially June 1 was the start date, but Whicher said they didn't feel that would give people ample time to put teams together. Registration is currently open and will close on June 1. You can find all of that information here. All of the new guidelines for each sport can also be read here. Some of the key components listed include no spectators, continued social distancing, hand washing before and after play and constant sanitization of shared equipment. In sports like soccer, physical distancing is also required when playing defense and no contact is allowed in any sport.

These new regulations will take time getting used to and there will be challenges ahead, but Whicher is excited to see rec leagues resurfacing again in the Garden City.

"We're really proud of our community and the flexibility and the attitude they've had in supporting us in this process," Whicher said. "I'm cautiously joyful and optimistic."