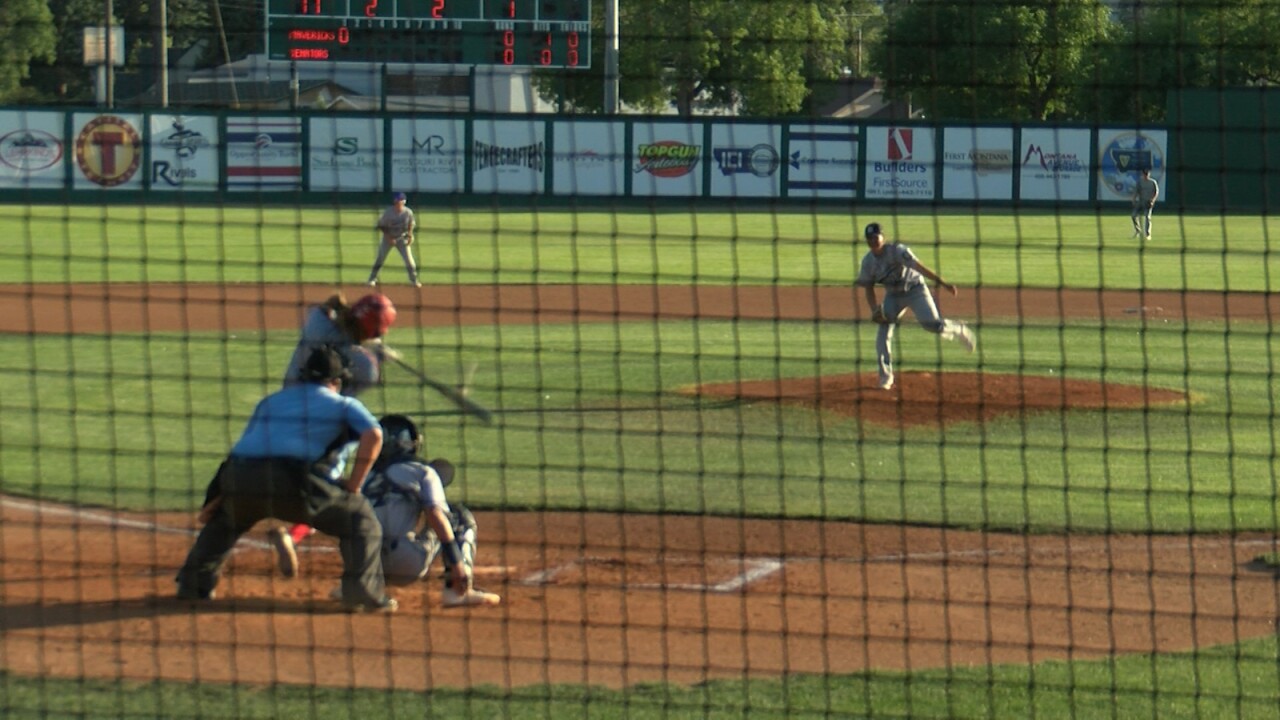 HELENA -- Minus the Class AA state tournament, the Helena Senators' seniors wrapped up their careers at Kindrick Legion Field against the Missoula Mavericks on Monday evening. Helena defeated Missoula 7-6 on senior night.

Though this year was unlike any other, many of the seniors were simply happy to just have a season.

"It's been awesome. It's like the one thing that everything just seems normal because, I mean, it's baseball," said Chase Nielsen. "If baseball's happening, then life is good."

"I'd much rather have it with the restrictions than not have it at all," said Grayson Struble. "Because at least with restrictions, we can be doing what we love."

Some super seniors, like Matt Krieger, had their freshman college baseball seasons cut short. Though given the circumstances, there was a silver lining, with Krieger knowing he'd get one more season with his legion teammates.

"In college, we got cut short and so I was kind of bummed, but knowing I was able to come back and getting close to my coaches was a relief, knowing I could still get a full season of baseball in," said Krieger. "I was pretty thankful for it."

As the first pitch of the game closed in, it was a realization that all good things, truly come to an end.

"It's kind of bittersweet. I've played a long time with No. 2, Matt Krieger. We've been best friends for a long time, so it's nice to get to play with him," said Peyton Witham. "All good things got to come to an end, I guess."

The Helena Senators still have a bit of baseball left in their season as they attempt to nab the Montana Legion Baseball title at the State AA Tournament, starting the five-day tournament with the Great Falls Chargers on Aug. 5 at 4 p.m.

The match-ups for the State AA tournament can be found here.

The match-ups for the State A tournament can be found here.