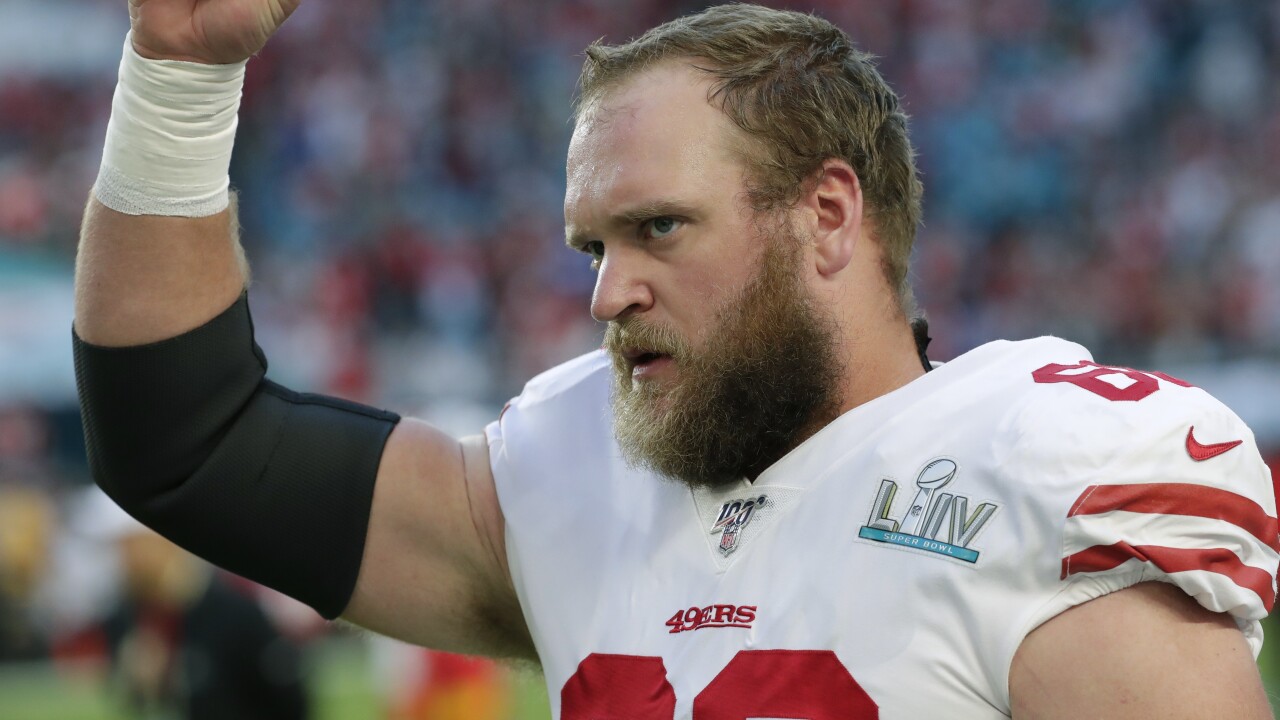 Mike Person, a Glendive native and former Montana State Bobcat, was released by the San Francisco 49ers on Thursday.

In February, Person became just the ninth Montana-born player to play in a Super Bowl. The 49ers lost to the Kansas City Chiefs in Super Bowl LIV in Miami on Feb. 2 as Person finished the first season of a three-year contract extension signed last March.

"I don’t want to say comfort, because just in my journey that I’ve been on there’s always going to be that little chip on my shoulder where I’m not going to let this happen again … in terms of getting released. It is nice that they offered me that last year, but I still have to go out and prove it and earn it every single day," Person said in a phone interview with MTN Sports in January.

Person was originally a seventh-round draft pick of the 49ers in 2011 after a standout career with the Bobcats. He was a first-team All-American in 2010 when he helped MSU to the Big Sky Conference championship. Person was also a two-time first-team all-conference selection and won the Montana AAU Little Sullivan Award in 2011. Montana State recently announced Person as a member of its 2020-21 Athletics Hall of Fame induction class.

Since joining the NFL in 2011, Person has spent time with six different teams, including the Indianapolis Colts, Chiefs, Atlanta Falcons, the then-St. Louis Rams, and Seattle Seahawks. He returned to San Francisco for his second stint with the 49ers in May of 2018 and had seemingly found a solid role as the team's right guard. He was given the Bobb McKittrick Award after last season, which, according to the team's website, "is given annually to the 49ers offensive lineman who best represents the courage, intensity and sacrifice displayed by the longtime offensive line coach, during his 21 years of service to the 49ers. The award was established by the 49ers in 1999, and is voted on by the offensive line."

During his nine NFL seasons, Person has become familiar with the free agency waiting game.

"At times it’s very hard, it really is, because you’re sitting there waiting for your phone to ring," he said. "You just drive yourself crazy, so at the end of the day you just have to say, ‘Hey, if no one calls, so be it. You gave it your best shot.’ Because that’s what you have to be happy with. You can’t be happy with relying on other people. You have to be happy that you gave it your best shot and you gave it all that you had, so at the end of the day if no one ever called me, I would have been happy, because I know that I worked hard and it just didn’t work out for me. So that was kind of the solace in the waiting game."

At the time of his release, Person was the only Montana-born player in the NFL. Alex Singleton, a California native who played at Montana State from 2011-14, is currently on the Philadelphia Eagles' roster.