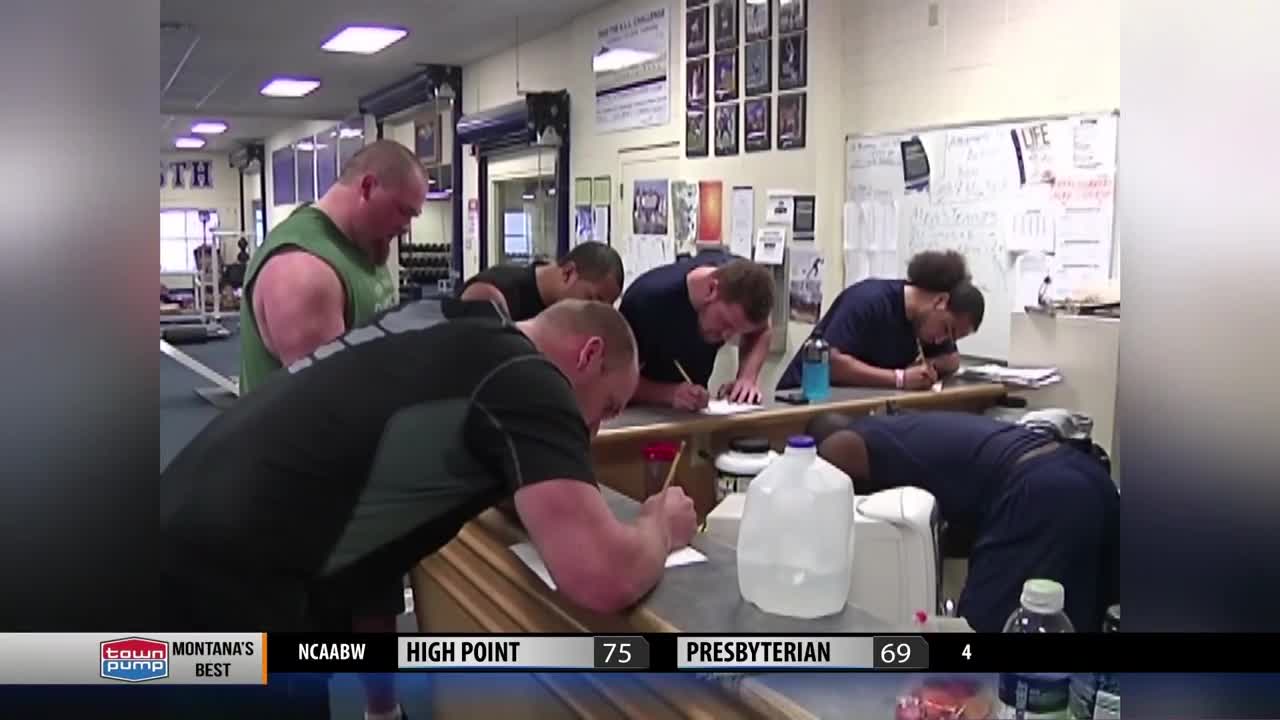 Kati Burrows Mobley's trek to Montana State wasn't long in distance, but the Bozeman High grad enjoyed a legendary career with the Bobcats. She scored 1,528 points, third in school history at the time of her graduation, and grabbed 671 rebounds, seventh on the program's record list at the completion of her career. She earned First Team All-Big Sky honors in 2003-04 and 2004-05, the seventh player so honored at the time and one of just seven to earn some level of All-Big Sky honrs three times. She earned Big Sky Player of the Week honors and All-Tournament honors twice each. She played for two Big Sky regular season championship squads, and as an MSU assistant coach the past four seasons has been part of a Big Sky regular season and tournament title team.

Devlan Geddes pulled off one of college football's meaningful distinctions as a senior in 1996, when he earned Honorable Mention All-America and First Team CoSIDA Academic All-America honors. Geddes was a First Team All-Big Sky choice in 1996 after earning second team honors as a junior the year before, and remains 10th in Bobcat history with 22 sacks.

If an athlete could keep memorable moments like trinkets, Ariana Lee's would fill a bushel basket. She won Big Sky Athlete of the Meet during the 2003 Big Sky Indoor Championships, won four Big Sky championships, was an eight-time All-Big Sky performer, earned All-Big Sky Academic honors seven times, and remains on the MSU top 10 lists of four events. But it would be hard to top the 2003 Big Sky Outdoor Track and Field Championships, when Lee won a dramatic 10,000 m race and finished second in the 5,000 meters to boost Montana State to a thrilling Big Sky Championship.

Mike Person captured the Treasure State's attention this month when he started for the San Francisco 49ers in Super Bowl LIV, but long before that he was well known in his native Montana as a brilliant and respected offensive lineman. The Glendive product with roots in Butte, Person earned First Team All-America honors in 2010 when he helped lead the Bobcats to the Big Sky Championship. He was a two-time First Team All-Big Sky selection, and was named the Montana AAU Little Sullivan recipient in the spring of 2011, on the same day he was in the seventh round of the NFL Draft by San Francisco. He has played nine seasons in the NFL.

Danny Sprinkle arrived at Montana State in the fall of 1995 expecting to redshirt. By the time the calendar flipped to 1996 he was starting, through the team's magical run to the 1996 Big Sky regular season and championship he helped propel the Bobcat offense with his three-point shooting, and on March 9, 1996, he scored 30 points to lead the Bobcats to the Big Sky Tournament Championship and a berth in the NCAA Tournament. He earned Big Sky Freshman of the Year and Big Sky Tournament MVP honors that season. Over the course of his career he set the school's career and season three-point records, his 263 treys was the Big Sky career record at the conclusion of his career, earned First Team All-Big Sky honors once and honorable mention twice, and he remains the eighth-leading scorer in school history.

The date and time of the 2020-21 induction ceremonies will be announced at a later date.