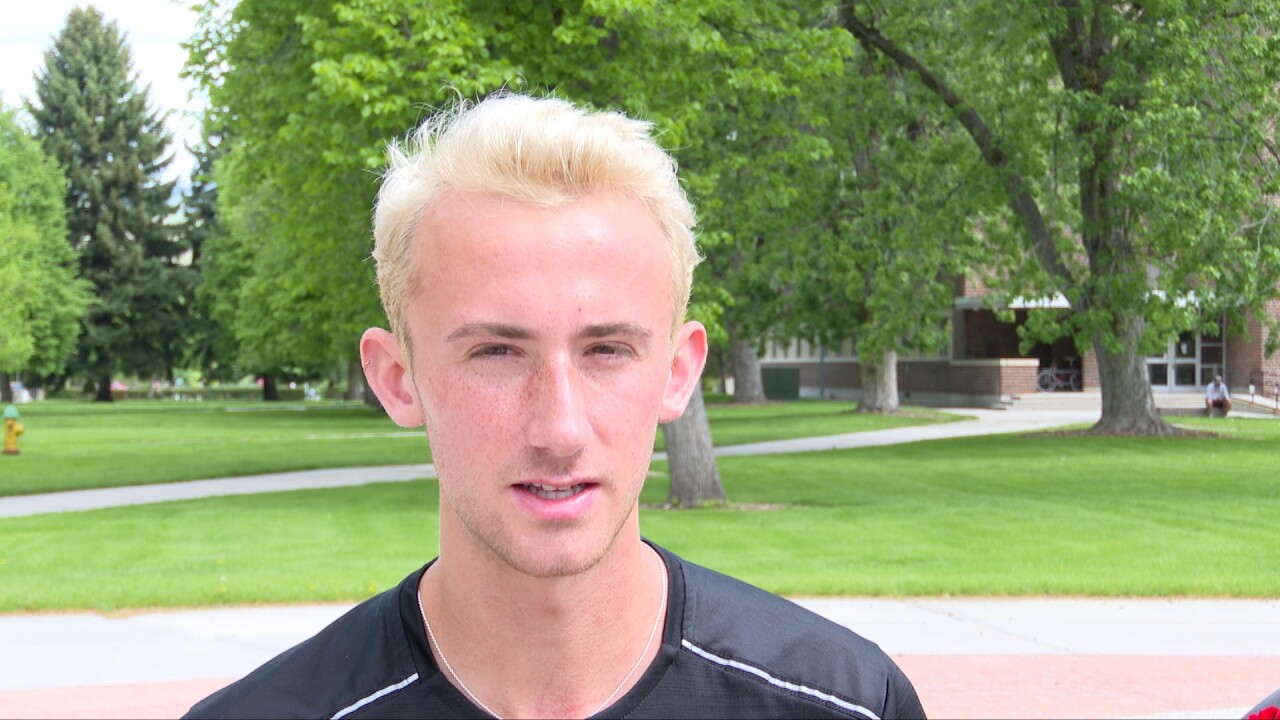 KYLE HANSEN/MTN SPORTS
Dawson LaRance graduated from Billings Senior High in 2017 and now runs at the University of Minnesota.

MISSOULA — The coronavirus pandemic has taken its toll on college athletics around the country, and the University of Minnesota was no different.

That left athletes like former Billings Senior standout Dawson LaRance in limbo wondering what would be next.

On Wednesday, LaRance's "next" became official as he told MTN Sports that he is transferring to Colorado State of the Mountain West Conference to pursue his master's degree while also finishing out his track and cross country career.

LIFE UPDATE🐏: I have decided to continue my academic and athletic careers at Colorado State University this spring!🏃🏻‍♂️(@csutrackfieldxc )
At CSU, I will be earning my Masters in Public Policy & Administration. I am beyond excited to start this next chapter in my life! #csu #rams pic.twitter.com/TkuvE1WgUR

"It's definitely a hard (decision)," LaRance said. "But at the end of the day, I thought CSU would be the next best step in my life for multiple reasons, but I'm really excited.

"At this time in my life, and I've talked to the coaches about this here too as well, for my own personal growth and just the next chapter in my life, I think it's best if I moved on to exploring CSU as my next step in life."

LaRance, who reset Montana's 31-year-old all-class 800-meter record in 2017, will have two remaining years of eligibility with the Rams in Fort Collins, Colorado. LaRance initially had only one year left, but because the NCAA is allowing athletes an extra year due to the pandemic, LaRance said he will have two indoor seasons, two outdoor seasons and one cross country season to compete at CSU.

LaRance will graduate from Minnesota with his undergrad degree and begin pursuing his master's in January and will be eligible to compete in indoor track and field as well.

"Once that decision happened to cut some of our programs, it made me venture and look elsewhere because the future here was very uncertain," LaRance said. "Once Colorado State reached out to me and immediately were super welcoming and were just very excited to talk to me and potentially have me as one of their athletes."

LaRance chose CSU for three reasons, the first being Colorado State's success in men's cross country and track and field. The cross country team has finished top three in the Mountain West every year since 2011 and in 2018 finished ninth at the national meet. Recently in men's indoor, the Rams won the conference championship in 2017, 2019 and 2020 while the outdoor team won the conference titles in 2015 and 2019 and finished top three in 2016-18.

Fort Collins is also closer to home for LaRance, just seven hours south of Billings. And his third reason was his graduate program. LaRance will be aiming for a master's in public policy and administration and CSU's program was available to begin in the spring.

"That was a really big pull for me just because I couldn't do a program like that at Minnesota," LaRance said. "Public policy is an area that I really want to go into because I really like advocacy work and working within politics potentially and just kind of making change on levels that I can and want to see myself doing."

LaRance is coming off of a season where he was part of Minnesota's distance medley relay team that qualified for the NCAA Division I Indoor Track and Field Championships in the winter. It was LaRance's first time qualifying for a nationals meet though the team never got a chance to qualify due to COVID-19 shutting everything down in March.

LaRance was close to qualifying for the 800 individually in indoors, and CSU was impressed with his 800 ability and felt he could fit with its distance medley relay team and round out the group.

As Minnesota athletes pushed back to keep the sports that were cut back in September, LaRance was right there at the forefront and publicly voicing his concern and support to keep those sports around. While bummed to leave Minnesota, LaRance said he has no ill will toward his team or coaches for a decision the athletic department ultimately made.

"I'm grateful and blessed to have been a part of the University of Minnesota track and field and cross country team," he said. "I've grown so much as a person and an athlete through this program and these coaches.

"I've had a lot of great conversations with my coaches here. This has nothing to do with ill feelings I have toward my coaches or the program itself here. Yes, the administration made a bad decision in my mind, but as far as this team goes at Minnesota, it's a great team to be a part of, and for me this is what I needed to do for myself as a personal growth in my next step in my life."