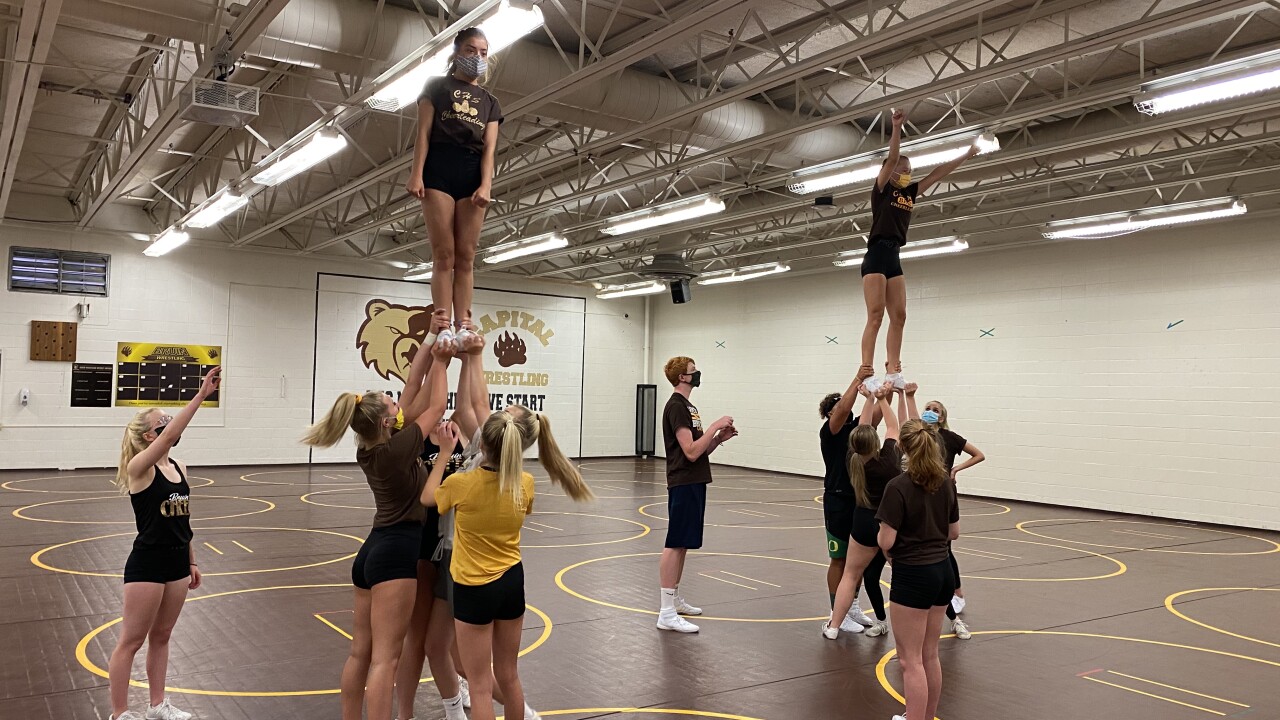 HELENA -- Though the future of high school sports for the fall of 2020 is still murky, the Helena Capital cheer squad is vying to be there even if spectators aren't.

Though they're practicing, there's a different aura at those practices as that uncertainty swirls. Sue Bannon, the Bruins' cheer coach, said they’ll continue to press on with practices hoping for a fall that will see them on the sidelines once again.

“What I'm trying to do is prepare the kids to be ready whenever we're called on. If it's August, we'll be ready. If it's September, the kids will be ready. I like to give them hope and we'd like to just plan on coming back in August," Bannon said following their practice on Thursday. "I hope that they get rewarded, that they'll be able to start in August and proceed like normal.”

For Caitlyn Brown, a junior and a captain on the cheer squad, she knows everyone on the team has the thought in the backs of their minds worrying about whether or not they’ll get a chance to showcase their hard work. Nevertheless in her eyes, it’s about having hope and leading by that example.

“I think we have to be very positive with the team and not show any emotion, even though we are both hoping for a season," said Brown. "We have to show them that we both are positive and we know that there's going to be a season even though we don't.”

Though Brown has the luxury of one more year, co-captain Taetum Bailey doesn’t. The senior captain isn’t resigned to the fact that their season is over but knows that if the season does get canceled, that will be OK too.

"Whatever the year brings, I'm going to be excited to have a team and be a part of it. We've already had a great summer and I'm ready for whatever happens," said Bailey. "If we don't have a season, we'll do other stuff and that's OK."