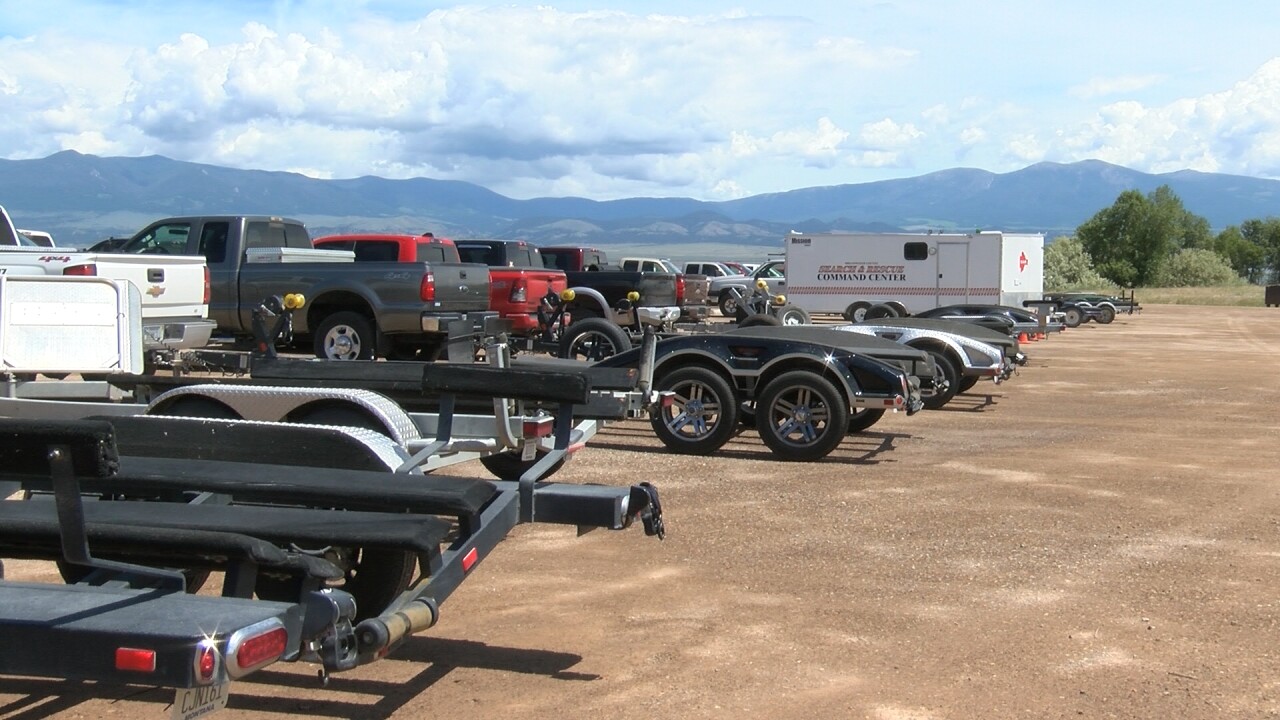 TOWNSEND -- For more than two decades, anglers from all over the state have traveled to Canyon Ferry Lake to try and stake their claims on first place at the Canyon Ferry Walleye Festival. This year, though, there was a bit of uncertainty whether the two-day tournament would actually be able to start on June 27.

"We did not get approval from Broadwater County to be able to host this tournament until about two and a half weeks ago," said Shawn Jacobs, the tournament director for the Festival. "Up to that point, we believed that the tournament would be canceled with all the public, all the other public events being canceled that are even larger than what we have."

However, the Broadwater County Board of Health did give Jacobs and his team the go ahead, but they had to make a few changes to the way they would run the tournament to abide by social distancing guidelines.

"Registration is going to be team by team. One team in, check in and then out," said Jacobs. "As far as the rules meeting goes, we are are offering a live feed on Facebook using Facebook Live."

Another change the Festival will see is more weigh-in stations on the water, so anglers won't have to crowd the banks around the boat launch to tally up their fish.

Marlin Cross and Kevin Seay were among the first competitors to angle their way toward the top spot when the tournament started. As far as they're concerned, they didn't seem to mind the changes that were made to the competition, they just want to get out and fish.

"We enjoy the people and the camaraderie of the walleye tournaments that we have and the people here out of Townsend have been just great through the years," said Cross. "We enjoy coming back and lucky to come back this year with everything going on."