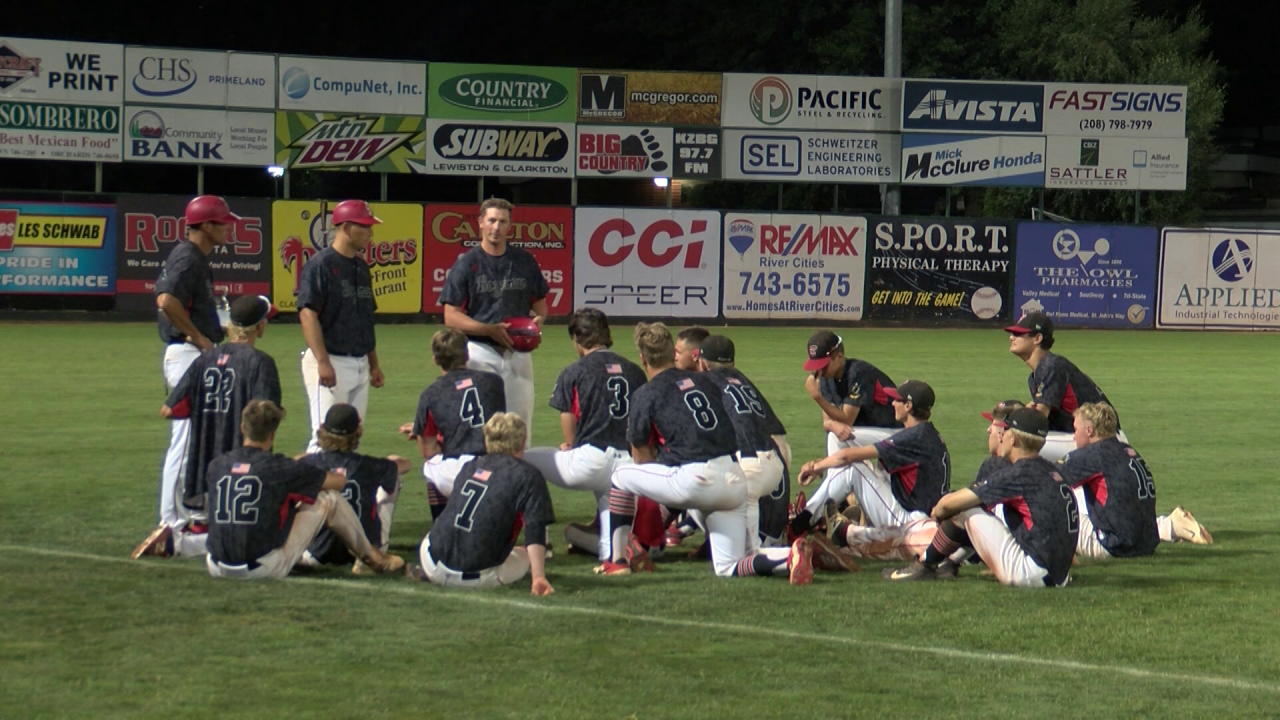 LEWISTON, Idaho -- Baseball season is a long season, and the Bozeman Bucks' came to end by a score of 5-1 in the championship game of the American Legion Baseball Northwest Regional tournament on Sunday. Emotions flowed as the realization that their season was over set in, but the Bucks were still proud of how they battled through the season.

"I just told them how proud I am. I mean, this is an incredible season that they put together. That game could have gone our way, it was really close to going our way more than one time, but it's the game of baseball. We just didn't get that hit to fall in when we needed to," said head coach Garrett Schultz. "A tough play here at third base on that bunt, we got called out at third base here -- very close play, very close play. But what we talked about at the end of the game was how proud I am of our guys and the work they put in and that I love them. They came out and worked really hard for me, and it was just a really fun, easy group to coach."

Bucks pitcher Brady Higgs threw 6.1 innings of one-run baseball in Sunday's loss. He made note of how good the team was following the game and that the result could have easily gone their way.

"Definitely disappointed a little bit, but looking back on this season, there's really nothing to be disappointed about. We had a really great season, one of the best in Bozeman history. We flip a coin for that game and we'd be on the other side right now," Higgs said. "It's a little disappointing knowing that we had a really good shot to move forward on this and keep playing baseball, but (Sunday) wasn't our day. I still have next year, but for all of the seniors that are gone, we're going to miss them. It's a little disappointing knowing that we had one of the best teams in Bozeman history and we don't get to keep playing baseball."

An overwhelming sense of family and brotherhood gushed from Bucks players and coaches after the game. For a handful of players this was their last game in a Bucks uniform, and they feel they went out leaving everything they had on the field in Lewiston.

"I came back halfway through the season as a super-senior and these guys accepted me into their family. There's not a whole lot to say besides I just had the best time with these guys and I feel like we left everything we had out on the field," Zander Petrich said.

At the end of this long season the Bucks have a handful of things to be proud of. They won their first state title since 2007, they came within one game of the American Legion World Series, and they have a never-say-die attitude that they'll carry into 2020 as they look to improve on this finish next year.