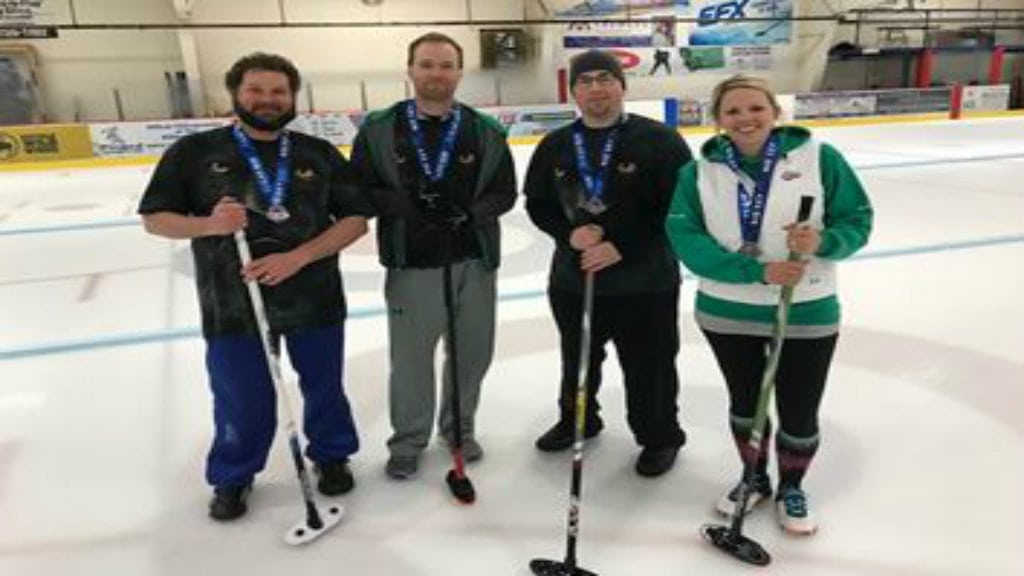 Sharon Harris and Sean Phelps of Billings are this year’s female and male winners. Youth Athlete of the Year is Mallory Simons of Joliet. The Big Sky State Games Team of the Year is “Hack Panthers”, a Curling Team from Billings.

Awards are designed to recognize individuals who best personify the ideals of the State Games movement: participation, sportsmanship, effort, and positive attitude.

Harris was a school teacher for 48 years. She was more than a teacher to her students-she was an active role model. Before retiring, Harris taught science to 5th grade students at Lockwood. There she taught her students that physical activity is not only vital for a productive life, but can also be fun. Sharon was not always the athletic type.   When asked how she became involved in sports, Sharon said she began running to quit smoking. After Sharon took those first running steps, she never looked back.

This 70 year old grandma participates in races around Montana. This year Harris was the overall winner in the Big Sky State Games Duathlon, where she ran one mile, cycled 16 miles, and then ran another three miles. She did all that after winning a gold medal in the 25 miles cycling event the day before.

For the past two years, Harris was the Super Masters winner of the Heart and Sole 5k Run and was the age group winner in previous years. She has also been a consistent age groups winner of the Montana Women’s Run. There she has been the Super Masters (60 and over) winner four times since 2006. Harris’s cycling accomplishments are just as impressive. She has won her division in the Big Sky State Games cycling event for the past 10 years. When she puts her running and cycling together in the Big Sky State Games Duathlon, she really shine

Harris’s athletic lifestyle is not just about competing. She enjoys the friendships she has made on her athletic journey. The bonds made during these endeavors keep her going and inspire other to take the first step.

Male Athlete of the Year Sean Phelps of Billings has been participating in Road Race, Cycling, Triathlon and Swimming for 36 years and participated in the State Games for over 20 of those years. In the last five years, he has won four Gold in Triathlon, one Gold in Cycling Time Trial, and two Gold in Swimming.

Phelps began competitive aquatics in the 1970s, swimming with the Big Sky Swim Club. There he became a lifeguard and swimming instructor. For over 15 years he was a swim instructor, Lifeguard Training Instructor and Water Safety Instructer Trainer in Montana, Minnesota and Colorado. But in 1982, Phelps discovered the sport of triathlon.

Phelps’s most impressive accomplishment was being named a USA Triathlon All American in 2016 based on his racing results. In 2017, Phelps celebrated 35 years in triathlon by competing in the International Triathlon Union’s Age Group Triathlon World Championships in Rotterdam as part of the Team USA, for which he qualified by finishing as one of the top age group competitors at the 2016 USA Triathlon National Sprint Triathlon Championships in Omaha, Nebraska.

Phelps does more than just run the race-he makes things happen. Phelps says, “You can never win or lose if you don’t run the race.” Whether it is competing in triathlon, running or swimming; he sets his goals and finishes the race. But more importantly, he makes things happen for the youth and masters swimmers and triathletes that he coaches. He gives sound, practical and positive advice, helping all levels of swimmers, runners, and triathletes realize their goals.

Simons has been shooting for over eight years with Carbon County 4H Shooting Sports, starting in the safety programs and advancing to competitive shooting. She has represented Montana in multiple shooting disciplines at local, county, state and national matches, placing 4th overall at the Daisy National BB Gun Championships in 2016 and 7th place overall at the 2017 4H Shooting Sports Nationals in Grand Island, Nebraska in Air Rifle.

Simon’s positive dedication to doing her best is obvious; she always wears a smile, works hard not only at shooting, but in school. She helps teach younger 4H members safety in the classroom and mentors them in BB Gun. When asked why Simon participated in sports and how she stays motivated, she replied, “First of all, sports and extracurricular activities expose you to new experiences that you might not have found on your own. You can learn new skills, such as how to be a good leader and role model and how to get yourself in the right mindset to accomplish your goals. Through competing in sports and shooting, you can make new friends, learn new skills and it opens up opportunities and experiences. All of this makes shooting sports fun and that’s the main reason to participate in any activity.

Team Hack Panthers is the 2018 Big Sky State Games Team of the Year. Christopher Belback and his team have been participating in the State Games for three years. They have won one Gold and one Silver.

Team of the Year members include: Christopher Belback, Michael Krueger, Jenny Huppert, Jeff Obie and Sam Bergman. Belback was an integral part of adding Curling to the Big Sky State Games in 2016. He is the current president of the Billings Curling Club. He serves as Commissioner of the Big Sky State Games competition along with teammate Sam Bergman. The Hack Panthers have been Ambassador hosts for the State Games competition, welcoming out of town and out of state teams to Billings.