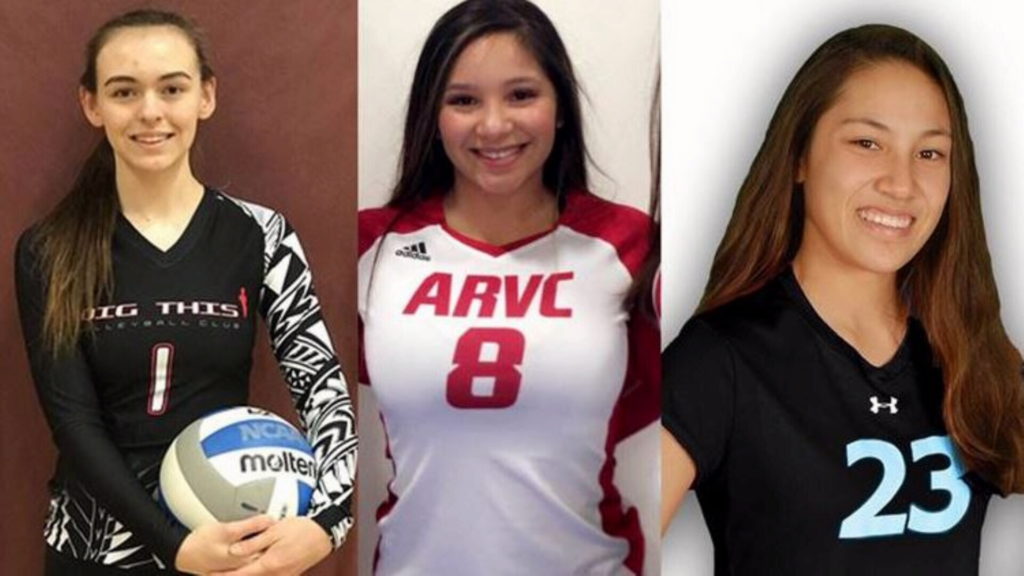 The signings coincide with the release of the 2019 volleyball schedule. The Yellowjackets have improved their record each of the past three years but have not finished above the .500 mark since 2009.

Akiona joins MSU Billings from the state of Hawai’i as a talented player who can play both defensive specialist and outside hitter. Akoina attended Kamehameha Schools, Kapalama Campus on Oahu, where she amassed a very good high school volleyball career. In 2017 and 2018, Akiona was part of 17U and 16U teams that qualified for a National Division bid. Akoina is also a good student and was on the honor roll as a freshman and sophomore in high school.

Coach Williams on Akiona: “Kaylie is a very technically sound OH/DS. We are excited about the energy and competition that she will bring to the program.”

Akiona on choosing MSUB: “I chose to attend MSUB because I believe it will push me not only in academics, but also in character traits and it will help build me to become a more well-rounded student athlete and person. The school is filled with people who all want the same thing which is to get ahead in life and become successful, and personal that has always been my goal to have a great career and be able to support myself financially. I also chose MSUB because I feel it will best support me and my future and it will allow me to give back to my community and my people.

The Yellowjackets welcome Kayla Baca to the 2019 Yellowjackets from the state of New Mexico, where she played high school volleyball for Capital High School in Santa Fe. Baca was a five year letter winner for the Jaguars and also excelled in track and field and cheer. She was named team captain and 2-5 A defensive player of the year in 2017. Her high school highlights include 291 sets played, 1509 total digs (5.2 digs per set), 71 aces, and 15 kills. She is also an excellent student and was acknowledged as a CHS Sterling Silver award winner for being in the top 10-percent of her class.

Coach Williams on Baca: “Kayla is a go getter and brings a very competitive attitude to our program. Her defense and ball pursuit will make her a strong force in the GNAC next year.”

Baca on choosing MSUB: “I chose the attend MSUB because I was given the opportunity by Coach Williams to continue my love and passion to play volleyball at the collegiate level. I fell in love with the beauty of the state, the small learning community and was able to get a positive vibe from the current volleyball players that showed me around during my official visit. I look forward to furthering my education in order to gain a solid foundation for a career in health and wellness. My goal is to create many experiences that allow me to practice and develop my skill academically and athletically.”

The Yellowjackets welcome Carroll from Las Vegas, Nevada as she joins the team as a true freshman in 2019. Carroll attended Faith Lutheran High School and was a four year volleyball player under head coach Amy Fisher. Carroll is capable of playing both setter and outside hitter and she was named team captain in high school. Fisher was awarded first team all-4A mountain region in 2018 and second team all-southern region in the same year. Carroll is a good student and was part of a team that won the 4A team academic championship award in 2018.

Coach Williams on Carroll: “Hailey is a tremendous addition for us. She is a well-rounded player and will add a lot of depth for in the coming years.”

Carroll on choosing MSUB: “MSU Billings was the clear choice for me. I really liked the school and city of Billings. I love how you can have the city and the beautiful outdoors all in the same place. MSUB offers a lot of great opportunities in athletics and academics that I was looking for. I wanted a place where I could continue to grow as a volleyball players and a person and MSUB is that place. After touring the school and the city, meeting coach Williams and her team, I knew that I wanted to be a part of that team and make MSUB my home for the next four years.”

The Yellowjackets will begin the 2019 campaign with four games in the Chadron State Tournament September 6-7. MSUB opens play in the Great Northwest Athletic Conference with a home match against Concordia University on September 19.