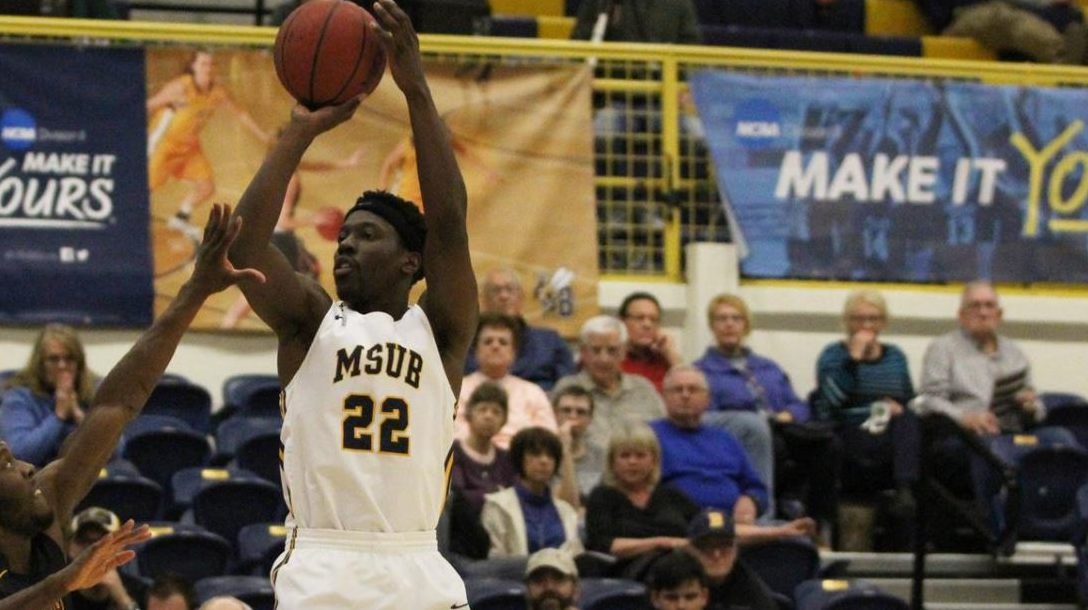 BILLINGS – The Great Northwest Athletic Conference has named MSUB senior Zack Rollins men’s basketball player of the week for his outstanding performance in the Yellowjackets’ two wins over the weekend.

Rollins (Pelham, New York) posted a career high 30 points Saturday night against Alaska Anchorage, helping MSU Billings to a decisive 89-74 victory to remain undefeated in the GNAC standings. Against the Seawolves, Rollins shot 9-for-15 from the floor, including 3-for-7 from three point range, and 9-for-9 from the free throw line. He also added two steals and three rebounds in the game.

On Thursday night, Rollins posted a 16 point game in the win over Alaska Fairbanks on 6-for-12 shooting. Rollins was 6-for-12 from beyond the arc and added six assists and five rebounds to his team leading point total.

“Zack had a good week against two league opponents not just scoring but also defensively,” commented MSUB head coach Mick Durham. “He was especially effective Saturday night against UAA’s capable scorers. I have been excited to see Zack playing well and his senior leadership is showing as well.”

Last season, Rollins joined MSU Billings and was the team’s leading scorer. He was named honorable mention all-GNAC having ranked No. 8 in the conference with 15.4 points per game. Rollins started 28 of 31 games as a junior and ranked No. 17 in the GNAC with 5.3 rebounds per game. He has one career double-double against Yellowstone Christian College on November 14, 2017.

Rollins is receiving the award for the first time in his career. The Yellowjackets have won GNAC player of the week for men’s basketball for the second straight week after Tyler Green won the award in the last week of November.

Rollins and the Yellowjackets will host crosstown rival Rocky Mountain College on Saturday December 8 at 7 p.m. for EMC Throwback Night. The Yellowjackets are 5-3 (2-0 GNAC) after sweeping Alaska Fairbanks and Alaska Anchorage at home last weekend.