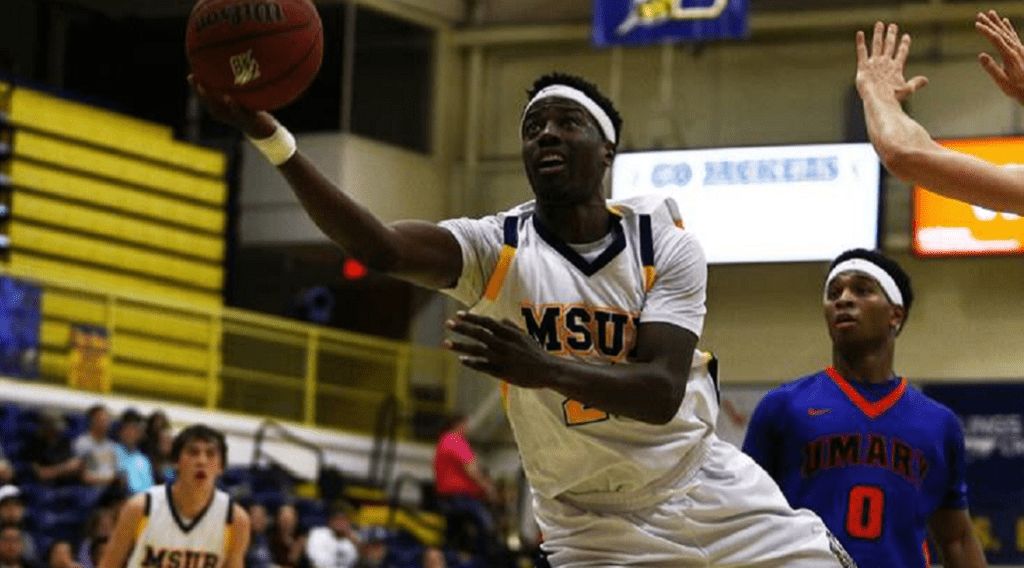 BILLINGS – The Great Northwest Athletic Conference has named Montana State Billings Senior Zack Rollins preseason all-conference in the annual poll of head coaches in the GNAC. Rollins put together a strong junior campaign last season and ranked No. 8 in the conference with 15.4 points per game.

He also led the Yellowjackets and ranked No. 17 in the GNAC with 5.3 rebounds per game.

Rollins was a reliable presence in the MSUB lineup and played 31 games including 28 starts. He also ranked second on the team with 28.7 minutes and shot 42.5 percent including 38.2 percent from three-point range and 82.1 percent from the foul line. Rollins was named honorable mention all-GNAC in his first season with the team.

A native of Pelham, New York, Rollins came to MSUB after a stint at San Bernardino Valley College, where he was named first-team all-conference with the Wolverines in 2016. Rollins has been described as a lengthy, two-way player and he saw time at forward and guard as a member of the Yellowjackets last season.

Rollins is majoring in business at Montana State Billings.

The Yellowjackets have three returning starters this fall along with three other returners, four transfer students, and five incoming freshmen. MSUB men’s basketball has an intrasquad scrimmage set for Saturday, October 20 at 5 p.m. They will begin the season with exhibition contests against two NCAA Division I teams which include Grand Canyon University (October 30) and University of Nevada Las Vegas (November 2).

The home opener for MSUB is scheduled for November 14 against University of Mary at 7 p.m.