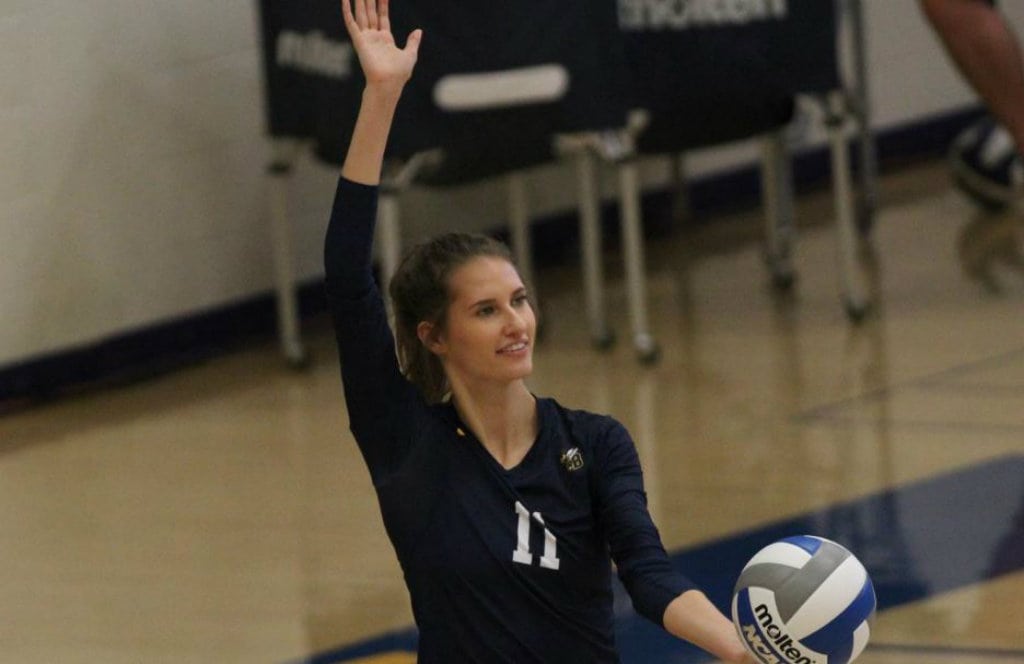 BILLINGS  – The Great Northwest Athletic Conference has named MSUB freshman Eavan Taylor offensive player of the week for her outstanding performance in the Minnesota State University Moorhead Classic over the weekend.

“Eavan had a great start to her career here at MSUB this weekend,” said head coach Casey Williams. “She did a great job at the net both offensively and defensively. This is a well deserved honor for her.”

Taylor recorded 36 kills and limited errors to 11 for a hitting percentage of .391. She was especially effective against University of Mary and Western State Colorado. Taylor made 12 kills and had eight blocks against the Marauders in a five set win and posted 10 kills and one error against the Mountaineers.

Taylor is receiving this award for the first time in her career. She is the first MSUB volleyball player to earn GNAC player of the week since Ashlynn Ward achieved the distinction in August, 2016.

Montana State Billings will be back in action again on Aug. 31 when they face Academy of Art and San Francisco State in the first two games of the GNAC/PacWest Crossover Tournament in the golden gate city. The Yellowjackets remain undefeated in regular season matches with a 4-0 record.
Live video and statistics will be available for all MSUB home matches and all GNAC road contests throughout the 2017 season, through MSUB’s Stretch Internet portal.