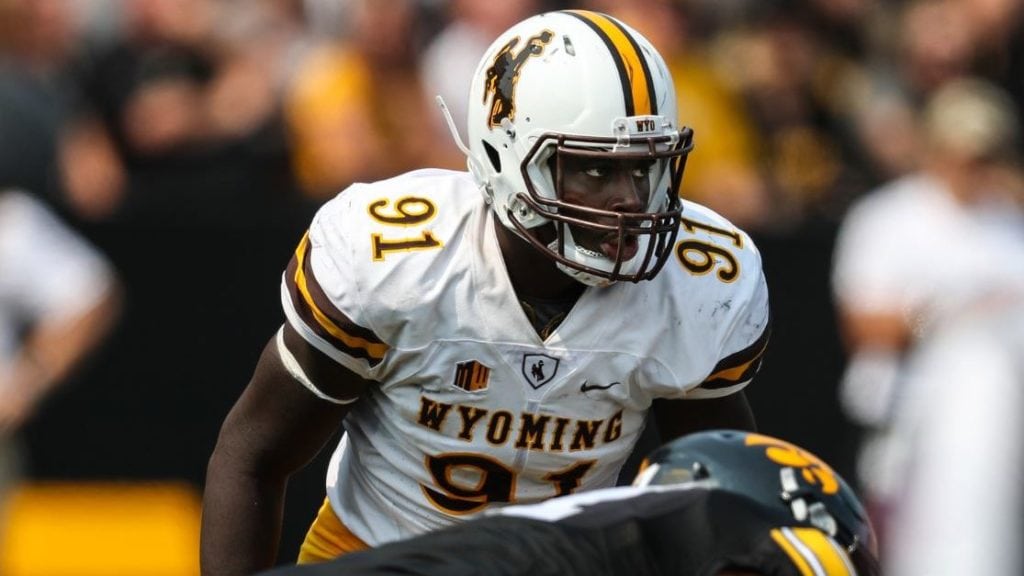 COLUMBIA, Mo. – The Wyoming Cowboys (1-2 overall) dropped a 40-13 contest to Missouri (2-0 overall) on the road in what was the first meeting against a team from the Southeastern Conference in a decade on Saturday evening in Columbia, Mo. The matchup against the Tigers was the first meeting between the schools and marked the third-straight contest Wyoming faced a team that played in a Bowl Game last season.

“We got physically beat and it has been a few years since that has happened,” Wyoming head coach Craig Bohl said. “Our guys went in there and battled. Missouri is a very good football team that was the number one offense in the SEC last season. That group proved to be explosive. I thought we got off track offensively in the first half and Missouri has a very imposing defensive front. We truly got Missouri’s best shot. We got to get ourselves ready to go for next week.”

Senior safety Andrew Wingard led the Wyoming defense with 12 tackles moving into third in all-time tackles at Wyoming with 387 stops. He passed former Cowboy safety John Salley (1979-82). Redshirt junior Antonio Hull recorded a forced fumble and recovery in the game, as he has two this season.

Wyoming freshman running back Jevon Bigelow rushed for a career-high 56 yards with a touchdown. Redshirt freshman Tyler Vander Waal threw for a career-high 160 yards. Kicker Cooper Rothe hit two field goals including a career-best 51 yarder in the second half. He has hit 20-of-23 field goals over the past two seasons for 87 percent.

Missouri quarterback Drew Lock, an All-SEC performer, threw for 398 yards and four touchdowns on the night. The Tigers were an impressive 14-of-20 on third down for 70 percent. Wyoming finished the contest with 248 yards of total offense.

After the Pokes fumbled on their opening possession in their own territory, the Wyoming defense held strong forcing a Mizzou field goal attempt that was wide right. The Tigers got on the board first though, knocking in a 50-yard attempt by Tucker McCann at the 4:08 mark of the first quarter.

Wyoming punter Tim Zaleski pinned the Tigers at their own three-yard line halfway through the second quarter. After two plays for minimal yards, Mizzou converted on a third-down that helped set up a 97-yard touchdown drive. It was capped by a 12-yard touchdown run by quarterback Drew Lock to make it a 10-0 game with 5:32 left in the opening half.

The Tigers added to the lead with 32 seconds left in the frame on a touchdown pass from Lock to Al Okwuegbunam, as Missouri took a 16-0 lead into the break. Lock completed 21-of-28 passes in the first half for 236 yards.

Mizzou added to their advantage with a 90-yard drive that was capped with a touchdown to make it a 23-0 game five minutes into the second half. The Pokes responded with a career-long 51-yard field goal Rothe to make it a 23-3 game with 7:29 left in the third quarter. The Pokes went eight plays and drove 41-yards setting up their first score of the night.

The Tigers built a 40-10 lead in the fourth quarter after a touchdown and field goal. Wyoming’s Rothe added a 36-yard field goal with under six minutes remaining to make it a 40-13 contest. Neither team would tack on any more points, as Missouri took the contest 40-13.

The Cowboys return to War Memorial Stadium next Saturday for a 2 p.m. contest against the Wofford Terriers on the Mountain West Network.