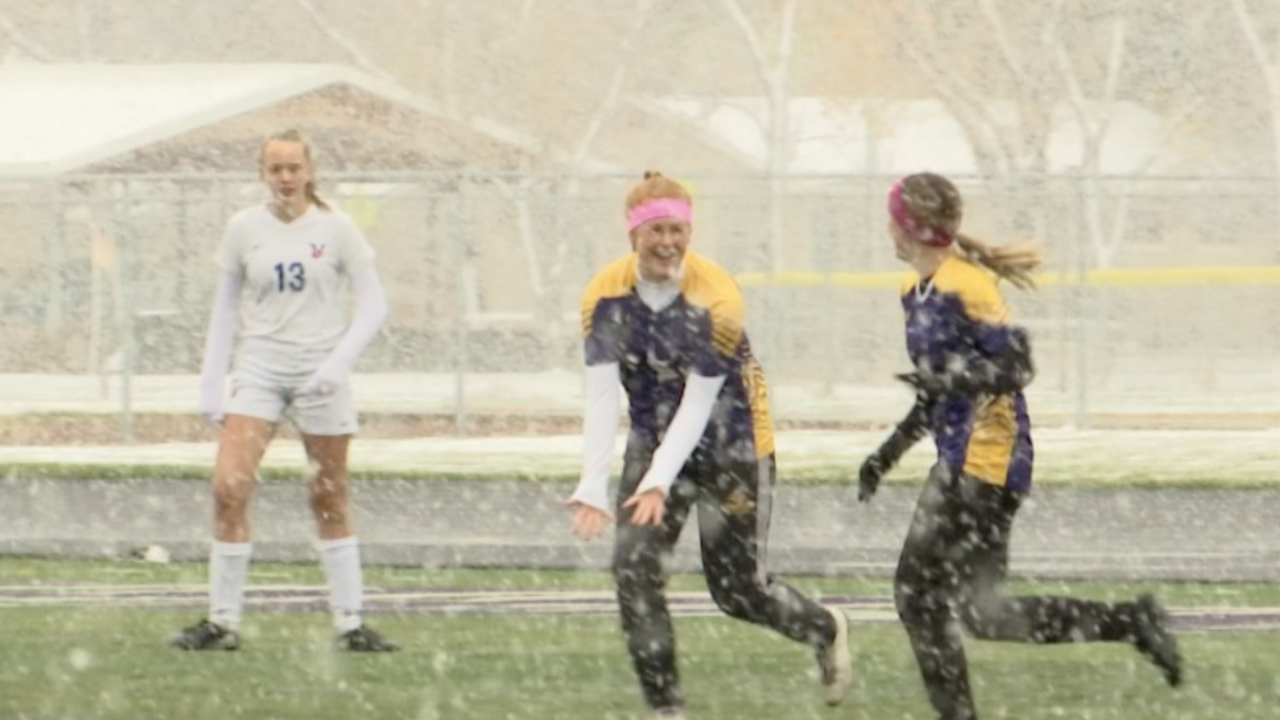 LAUREL -- Snowy conditions could have neutralized Laurel's State A champion soccer girls in Saturday's playoff opener. Instead, it was Bigfork's jam-packed defense, at least for a while.

Laurel parents and staff volunteered a few hours before the game to shovel snow off the field and sweep it from the bleachers before the 1 p.m. kickoff. That's when Bigfork settled in with a suffocating defensive strategy of packing nearly all 11 players deep in its own end. The Valkyries seemed to get a body on every one of Laurel's first-half shot attempts before sophomore Mya Maack knocked one off the cross bar and in for a 1-0 Laurel halftime lead.

"They parked 10 girls, every single one of them was at least inside the 30, and that was a shock to us," Maack told MTN Sports after the Locomotives finished off a 4-0 win to advance to the semifinals of the State A soccer playoffs. "We’ve never played them before and they’re way better than we expected. And there’s 10 of them, versus six of us, it’s a completely different game like that.”

“We didn’t know what to expect going into this game because we didn’t play them, didn’t know who they played, and I think we all stepped up (Saturday) and played one of our better games of the season,” Gibbs said.

Snowfall was thicker when teams returned from their locker rooms to open the second half, but it didn't bother Laurel's offense, which dominated possession throughout most of the match.

Senior Ally Shovar delivered a right-footed missile six minutes into the second that curved into the lower left corner for a 2-0 lead. Less than a minute later, Maack slotted another into the lower right corner for her second of the match. She found the same corner minutes later after dribbling through three defenders and launching from 20 yards to complete the hat trick.

Laurel returns to Montana's state semifinals next week with a match at Columbia Falls. The Locomotives are looking to reach a seventh straight State A title game.

Billings Central's girls also advance to next week's semifinals after a convincing 8-0 win at Stevensville. The Rams will play at Whitefish.