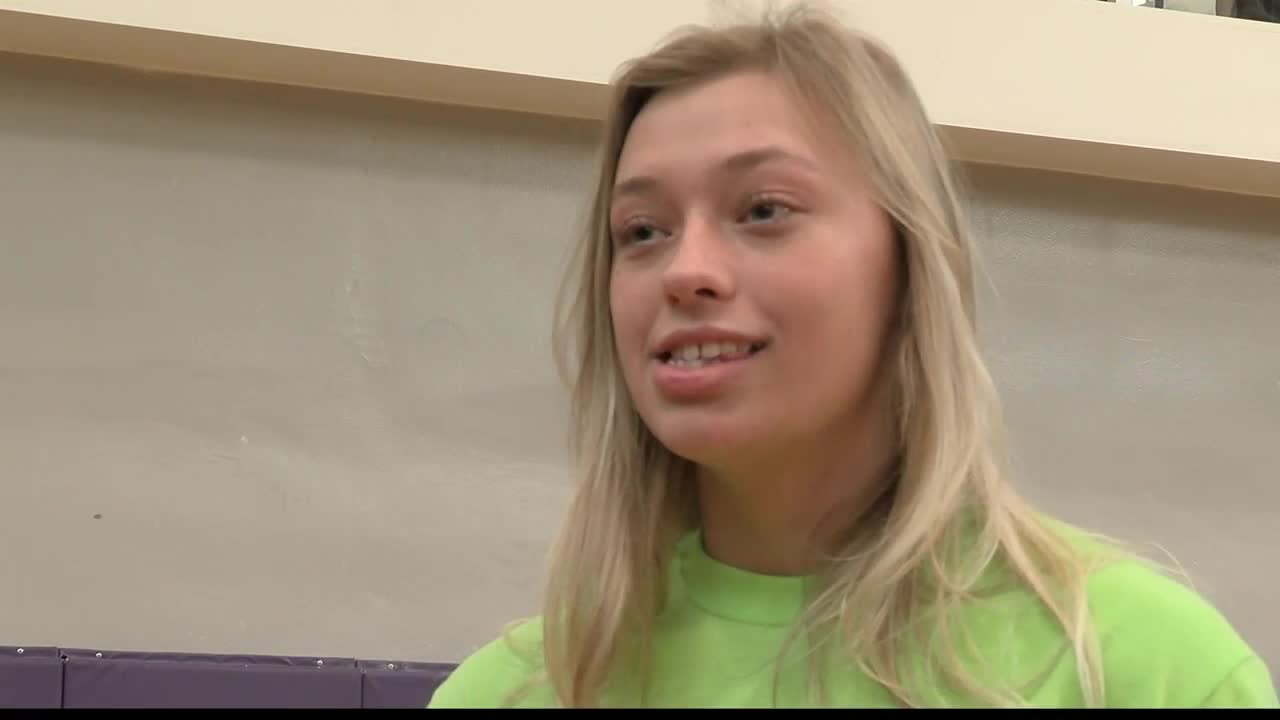 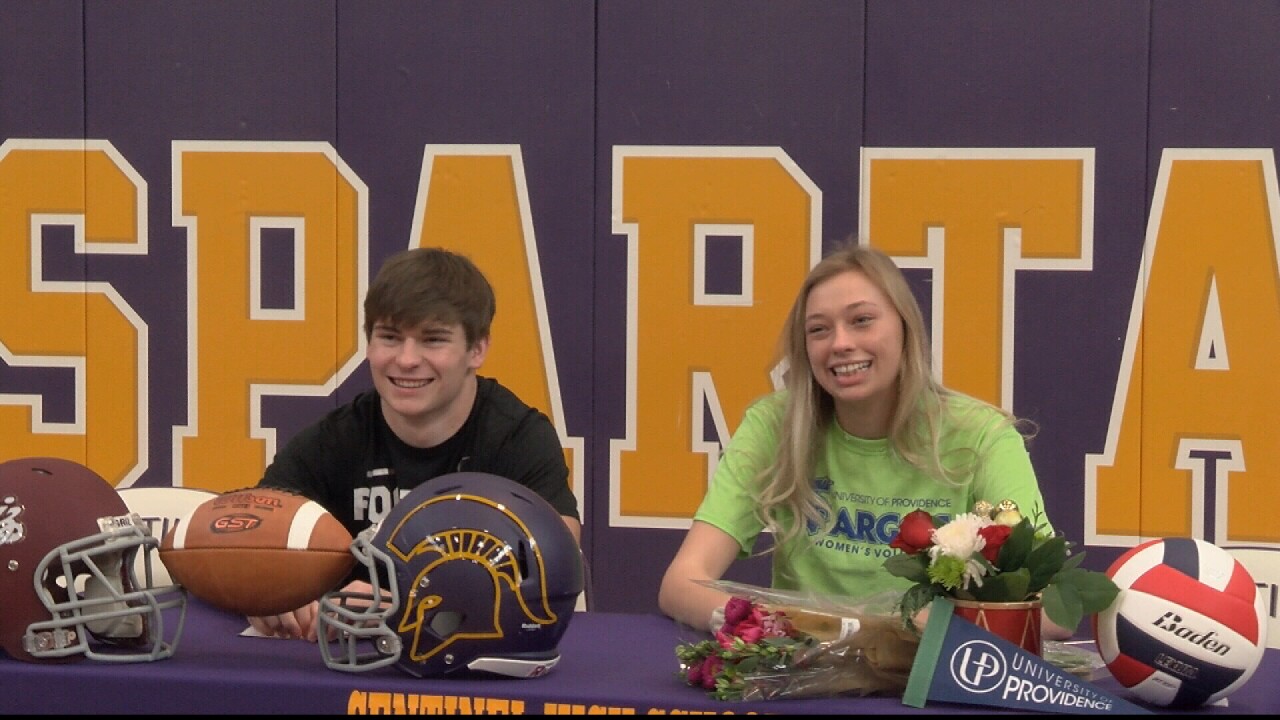 MISSOULA -- Jaxon Lee and Emily Brinkman both achieved their dreams on Wednesday.

The two Missoula Sentinel High seniors officially signed their letters of intent to play college sports in Sentinel's gym on Wednesday during the early signing period and National Signing Day. Lee will be staying put in Missoula to play for the Montana football team while Brinkman is headed to Great Falls to play volleyball at the University of Providence.

"I'm super excited. I love the team and the coaches are amazing up there," Brinkman said. "I just can't wait to get over there."

Lee's signing was long-awaited for the Griz football team. One of the state's top recruits, Lee verbally committed to Montana back in June but made that decision official on Wednesday when he put pen to paper.

"It's awesome. Can't wait to be a Grizzly," Lee said. "Been a lifelong dream and finally got it done so that's sweet. It's always been the goal I guess. Whatever it takes I just always wanted to play football at the next level, especially with the Grizzlies, so it felt good to finally get it done. Worked hard for it and I think it's awesome it's finally here."

Lee's signing brings his high school football journey full circle. Growing up a Griz fan, Lee originally hails from Belgrade but moved to Drummond just before his freshman year of high school. There, he starred for the Flint Creek 8-Man co-op of Drummond-Philipsburg for three seasons. In 2017 and 2018, Lee helped lead the Titans to back-to-back 8-Man state championships.

Lee then transferred to Sentinel for his senior year where he helped guide the Spartans to the Class AA semifinals and became an all-state football player in the process. Lee rushed for 1,230 yards, averaging 5.1 per carry, and 16 touchdowns in his lone season at Sentinel. He also caught 38 passes for 286 yards and one more score in the season and also returned a punt for a touchdown. He signed with the Grizzlies as a running back.

"I wanted to focus my senior year more on improving myself in AA rather than focusing on where I was going for college," Lee said about his early commitment to UM. "Honestly (AA) is not much different. The guys are bigger, they hit a little harder, but football is football wherever you go and 8-Man and 11-man are pretty alike."

Montana's playoff run this season only heightened Lee's excitement to join the program, but it's something he's wanted to do ever since he was little.

"I would say it's a slam dunk because ever since I was little I'd go to the Griz games and Bobby Hauck was killing everybody and I'd be like, 'Man, I just want to play here so bad,'" Lee said. "Going to national championships, making an appearance, that's what I want on a championship team and this is the place for me."

For Brinkman, she helped guide a senior-laden Sentinel volleyball team back to the state tournament after the Spartans missed a year ago. For her, signing her letter of intent took some weight off of her shoulders now that she knows what her future has in store for her at the college level.

"It's really nice to know what I'm doing next year," Brinkman said. "Last year was stressful because that's when I needed to decide what colleges I was even looking at or what I wanted to do next year and what I was studying. So now that this is all done I don't have to stress about getting an email out or anything like that."