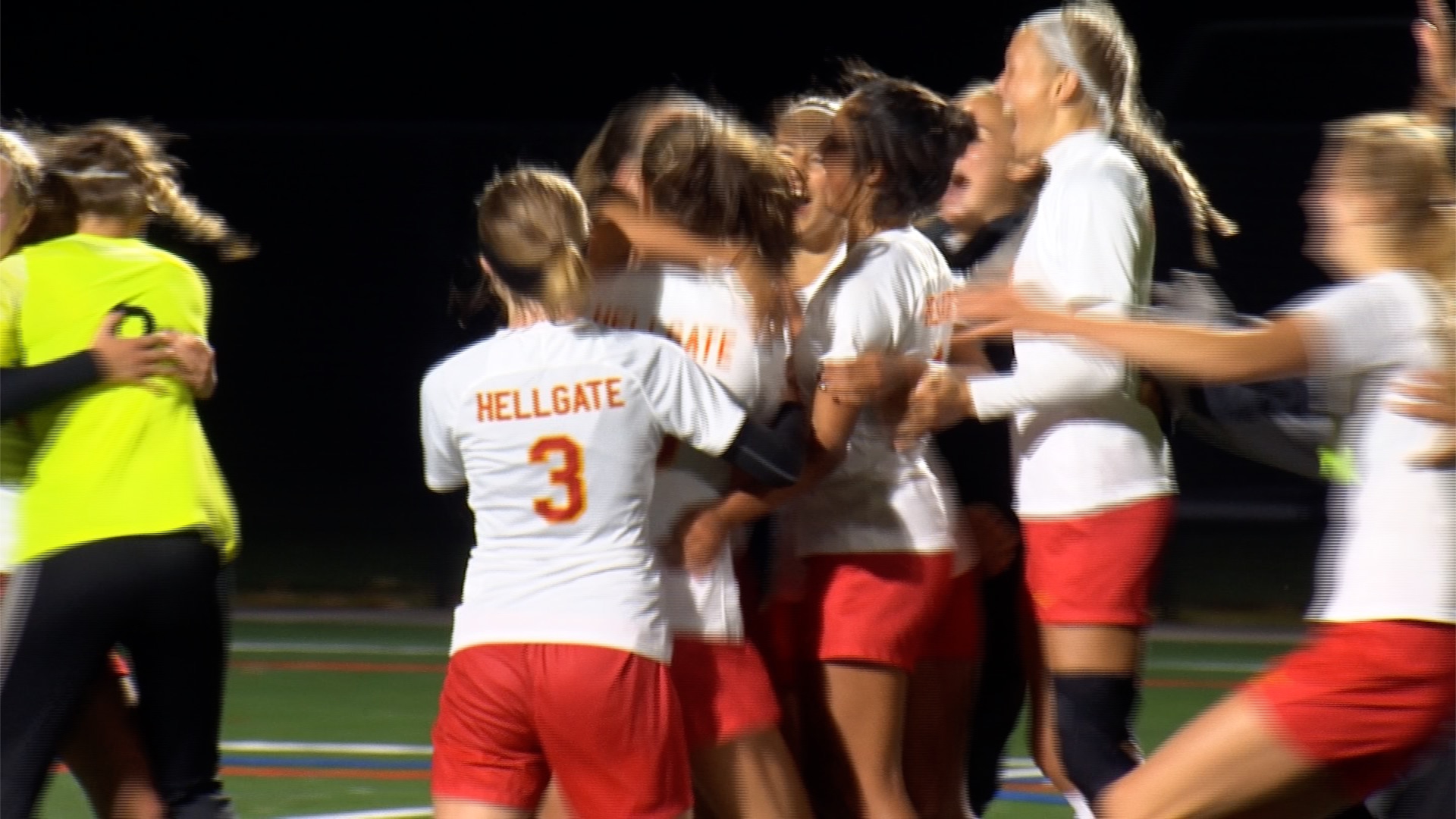 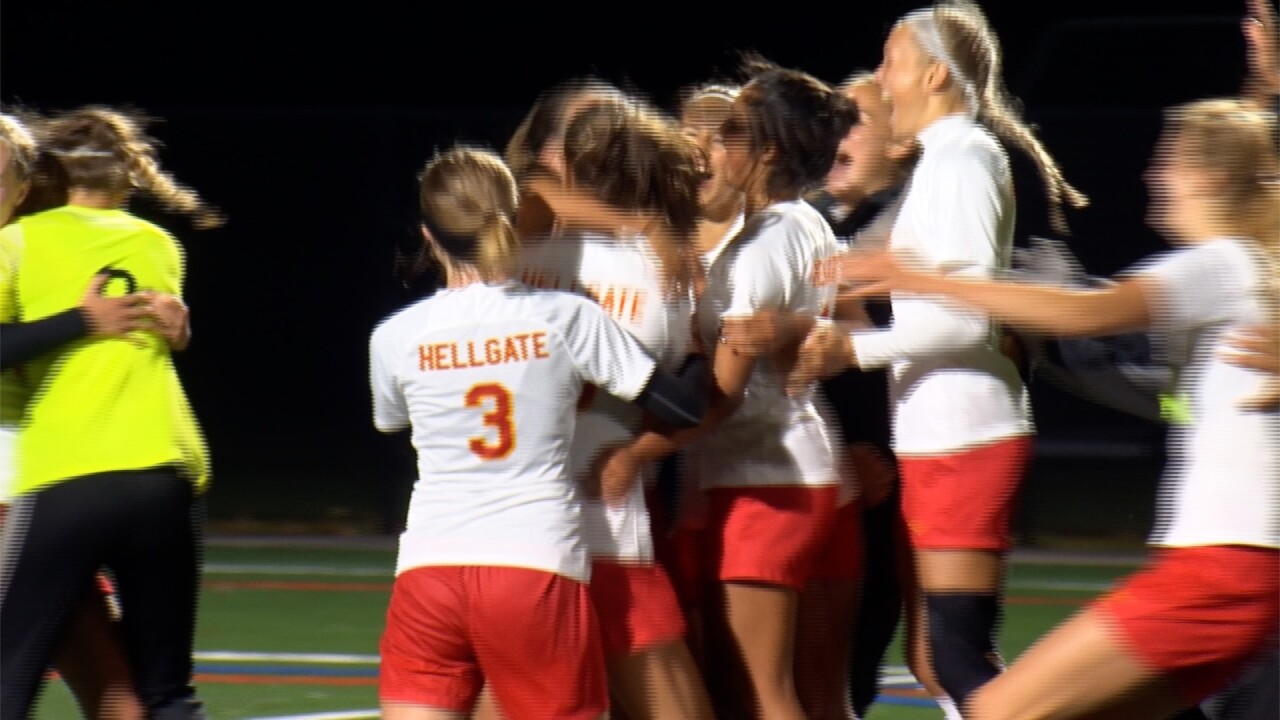 BILLINGS — It was a spot Ashley Young wasn't used to, but you wouldn't have guessed that by the outcome.

Young's coach not only selected her for the lineup in Missoula Hellgate's Class AA girls soccer quarterfinal Friday night, she picked her as the Knights' final fifth and final kicker. By the time it got to Young, she knew a make would send her Knights to the state semifinals for the first time in program history.

"There were so many nerves in the line. I was so nervous," said Young. "But then as soon as I stepped up, it's like my mind just cleared, it was just me and the ball, and I just tried to put it in the back of the net."

That's exactly what she did to give Hellgate a 4-3 win in PK's over the Eastern AA's top-seeded Billings West Golden Bears at Amend Park. The win was especially sweet since West had ended Hellgate's season in the same round the previous two years.

West opened the scoring in the 20th minute as Satory Taylor sent it over the outstretched arms of Hellgate goalkeeper Sophia Pierce for a 1-0 lead. Hellgate responded later in the first half when Lucia Baker poked the ball around onrushing West keeper Kendell Ellis and slotted it home into the empty net to tie the score.

It stayed that way through the second half and both overtime periods to force the penalty shootout.

West's Chloe Davies missed her chance wide left, leaving the door open for Young to be an unlikely hero.

"She's just cool, calm, and collected, and she's just a pocket full of sunshine, literally," said Hellgate first-year head coach Natalie Hiller-Claridge. "I knew she would step up there and be like, 'I got it,' and put it in."

After scoring the game-tying goal with less than five minutes to play, Missoula Sentinel then scored early in overtime to give the Spartans an unlikely 3-2 win over Billings Senior in a Class AA boys soccer quarterfinal match Friday afternoon at Amend Park.

Senior scored two goals within the first six minutes of the second half to seemingly take control of the contest. Sentinel, though, earned a penalty kick in the 53rd minute to climb back within 2-1 and kept the pressure on the remainder of the half.

Levchenko then added a goal to his assist early in the first OT period, as the Spartans held off the Broncs over the final 15 minutes of play.