Missoula Hellgate breezes past Billings Skyview to advance to semifinals 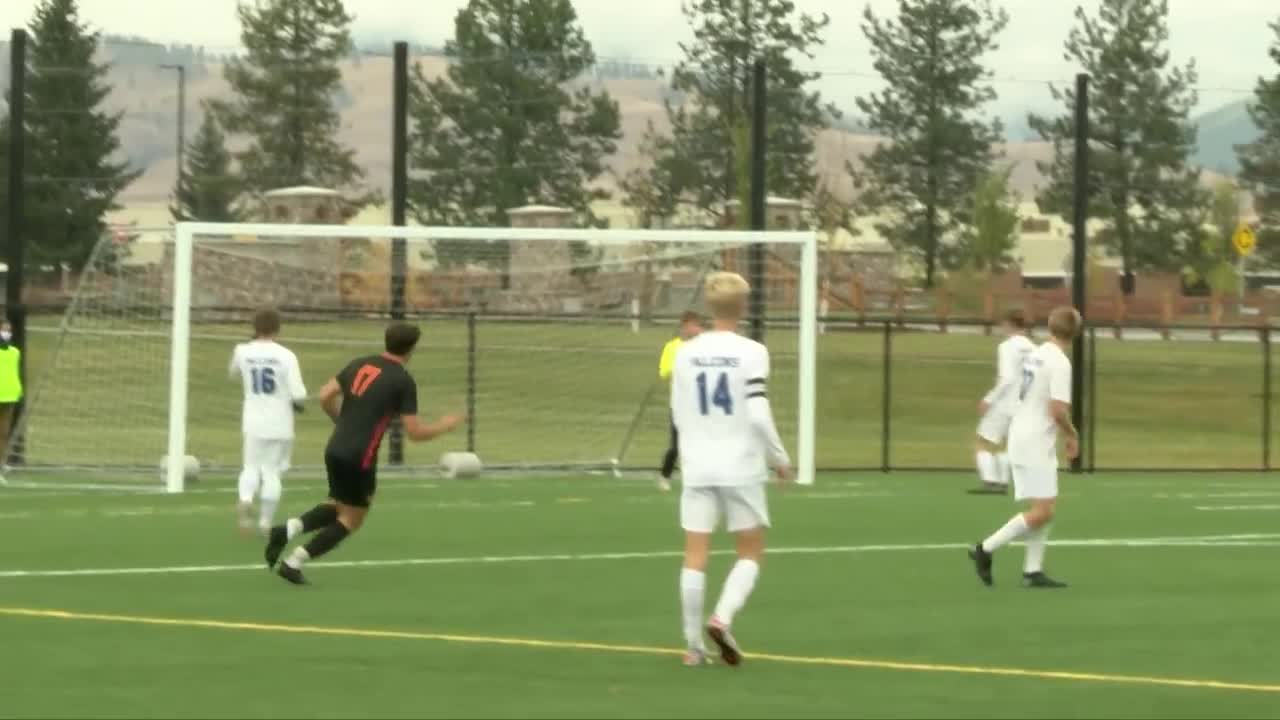 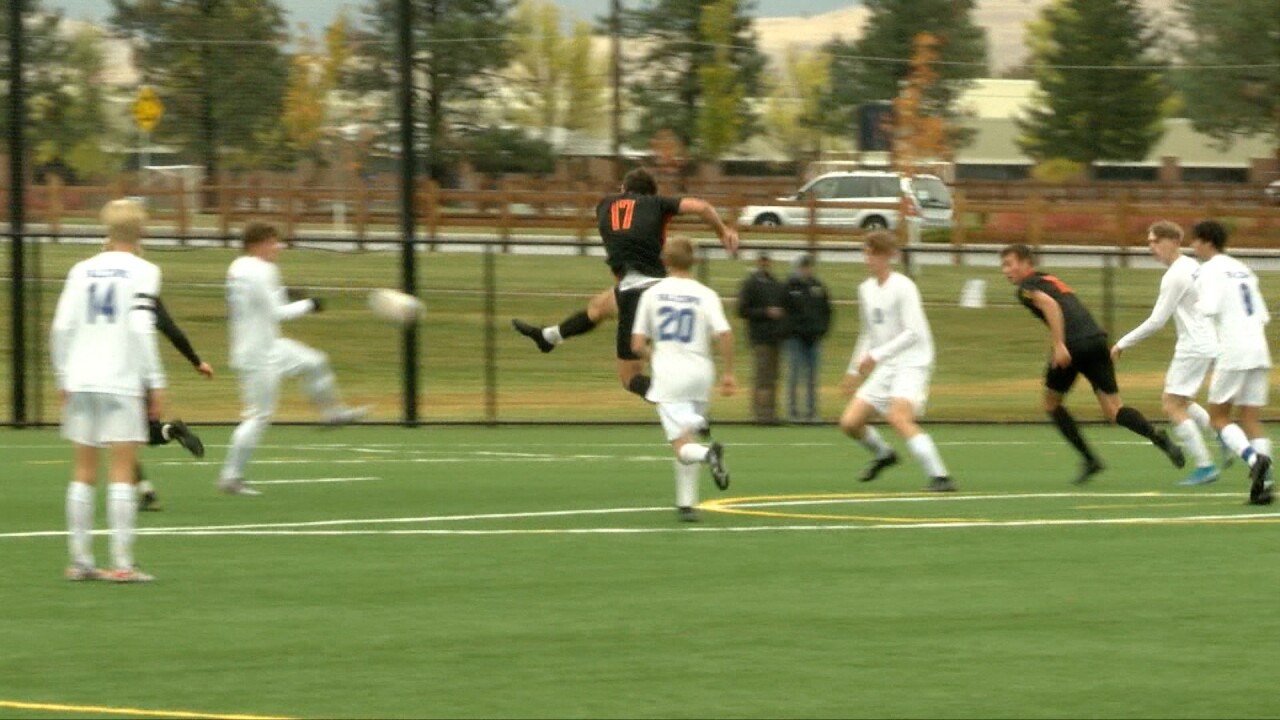 The Knights defeated Billings Skyview 7-1 on Saturday afternoon at Fort Missoula Regional Park, getting a pair of hat-trick performances from seniors Reggie Duce and Beckett Arthur.

Arthur put the Knights on the board first in the seventh minute and quickly followed up in the ninth minute to make it 2-0 Hellgate early.

Duce tallied his first goal in the 14th minute, and Hellgate went into the break up 3-0.

"It feels great," Duce said. "Still want to just keep it going and not look too far ahead, so just take it one game at a time and keep it going. On the turf, especially, we can play really fast, and I think we were connecting really good (Saturday), and just getting everyone involved makes it easy for me and Beckett to finish."

After the Knights had multiple opportunities to widen the gap even more in the first half, the flood gates opened again in the second half. Duce scored on a through pass from Marcus Anderson in the 52nd minute and officially achieved his hat trick in the 56th minute after chasing down a ball that had bounced off a Skyview defender.

Arthur achieved his hat trick in the 66th minute, and Anderson added one more goal late for Hellgate while Skyview's lone goal came from Evan Ruff on a header off of a corner kick.

"They came out ready to play, for sure," Skyview coach Russell Dornisch said. "You can tell that team has experience at this level, have experience in the playoffs. They know what it takes to win and they know how to start a game immediately. I think our boys got taken a little off guard and took it a little for granted at the beginning. Before you know it, they throw two back in the back of the net as soon as the game starts, so it’s definitely a tough way to start and it’s tough to come back from that."

Hellgate faces Kalispell Glacier in the semifinal round next week as the Knights aim to make it seven straight appearances in the Class AA title game. The Knights are winners of four of the past five Class AA state championships and have played in the state title game every year since 2014.

"We started strong and we got a little bit stagnant for a while, and then we reassessed and they started the second half strong, as well, so I’m happy with the way we’re playing right now," Hellgate coach Jay Anderson said. "Every year is different so it’s never easy getting here, so I’m really excited that we got here and I’m proud that my boys are playing good soccer right now."