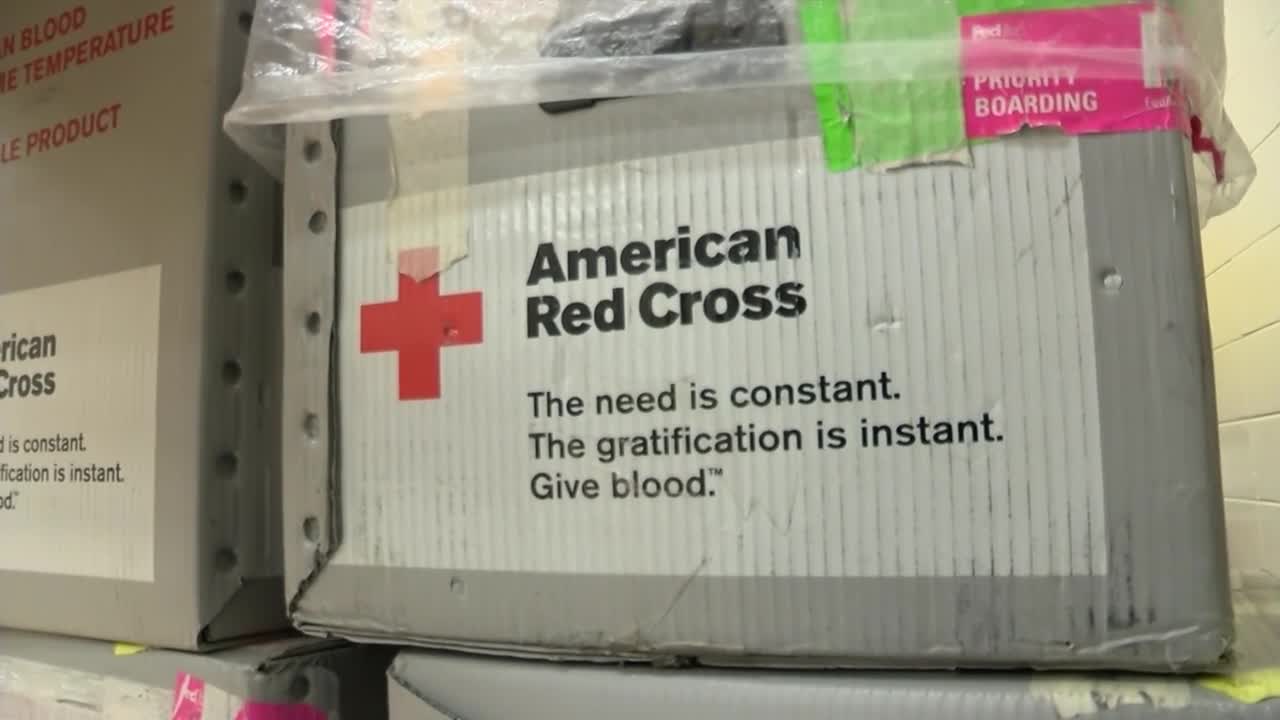 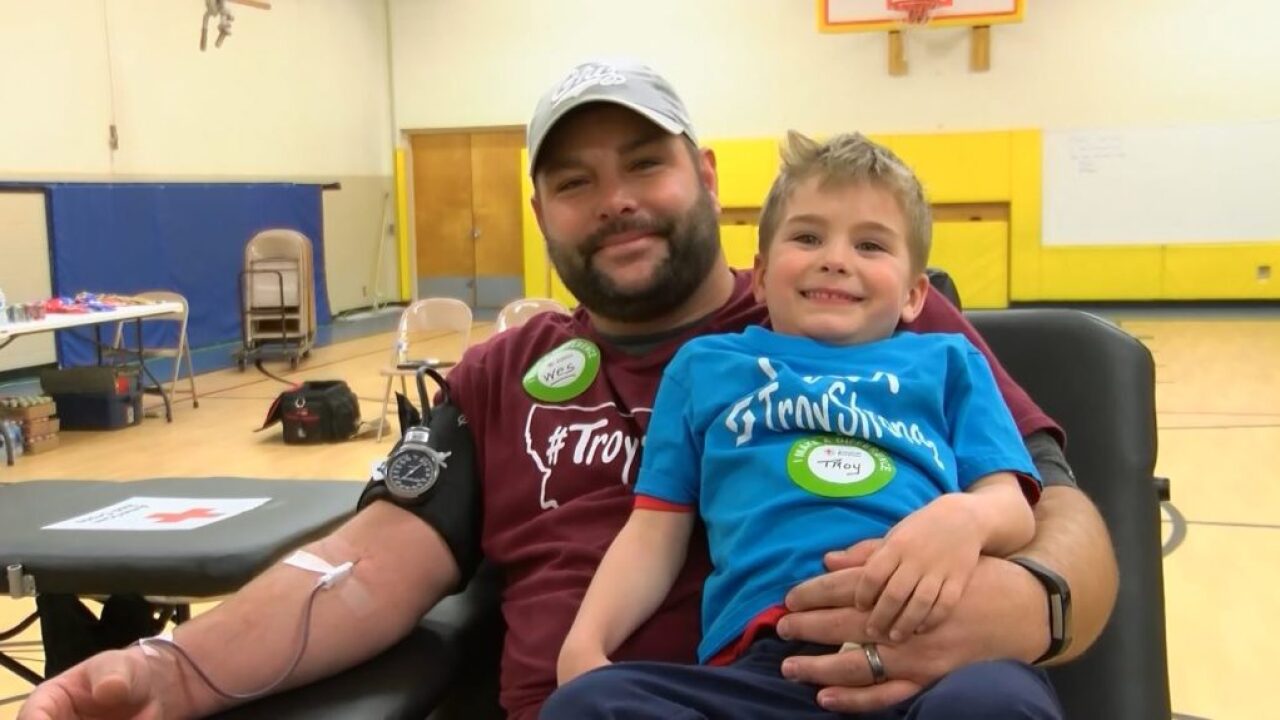 (Editor's Note: This story originally aired on April 11, 2019. The #TroyStrong blood drive was held in June and was a smashing success. Over 155 donors donated blood in the month of June, and over 300 pints were donated throughout the year due to the #TroyStrong campaign. Plans for the 2020 drive are already underway.)

GREAT FALLS – To the naked eye, Troy Ross looks and acts like a typical 4-year-old boy. He’s quick to tell you his favorite movie.

And Troy already knows what he wants to be when he grows up.

“A football player,” he says, flexing his muscles.

Troy is full of life on the outside, but internally his body is fighting a battle against itself. Troy has a rare condition called pulmonary capillaritis , which causes his immune system to attack his lungs like a virus.

It went undetected and un-diagnosed until September of 2017 when Troy was airlifted to Seattle Children’s Hospital with severe respiratory problems. Nearly three quarters of his blood supply was in his lungs.

Suddenly Troy’s parents, Wes and Callie, felt indebted to people they didn’t know. They were grateful to blood donors and learned about the struggle to maintain an available supply for people in need like their son.

“Had that blood not been available when Troy needed it, he wouldn’t be here,” said Wes. “We were just as guilty, we kind of overlooked it. But when it’s your son, family member or loved one, you just can’t thank those people enough who donated prior to the need.”

“It won’t become important until it’s someone you love,” she said. “And then it becomes the most important thing.”

Wes and Callie know first-hand the importance of donating blood, and realize it’s something that’s not at the top of the mind for most Montanans. They’ve helped organize several local drives in Great Falls and their home town of Helena, but this summer, in partnership with the American Red Cross, they plan to organize a statewide blood drive.

The #TroyRoss blood drive will be held June 24-28 with locations secured so far in Billings, Great Falls, Missoula, Bozeman and Helena. The drive is still in its initial stages and the Ross family hopes to add more locations and to make it an annual event. The plan is to use Troy’s face and story to drive home the importance of donating blood.

“We’re doing it close to Troy’s birthday, which we think is pretty special,” Callie said. “We’re doing it right before the Fourth of July, which is a time of year where blood donations aren’t flying in because of holiday time and lots of things to do.”

“The biggest undertaking is getting his name and his story and his face out there,” she continued. “When you have a face, a name, and a story, rather than the Red Cross just telling you that a donation can save three lives – now you see a life that was saved and continues to be saved. It changes your feelings on it.”

Several of the locations are already actively scheduling donation slots. Visit www.redcrossblood.org and search for “TroyStrong” or visit the #TroyStrong Facebook page for updates and more information.