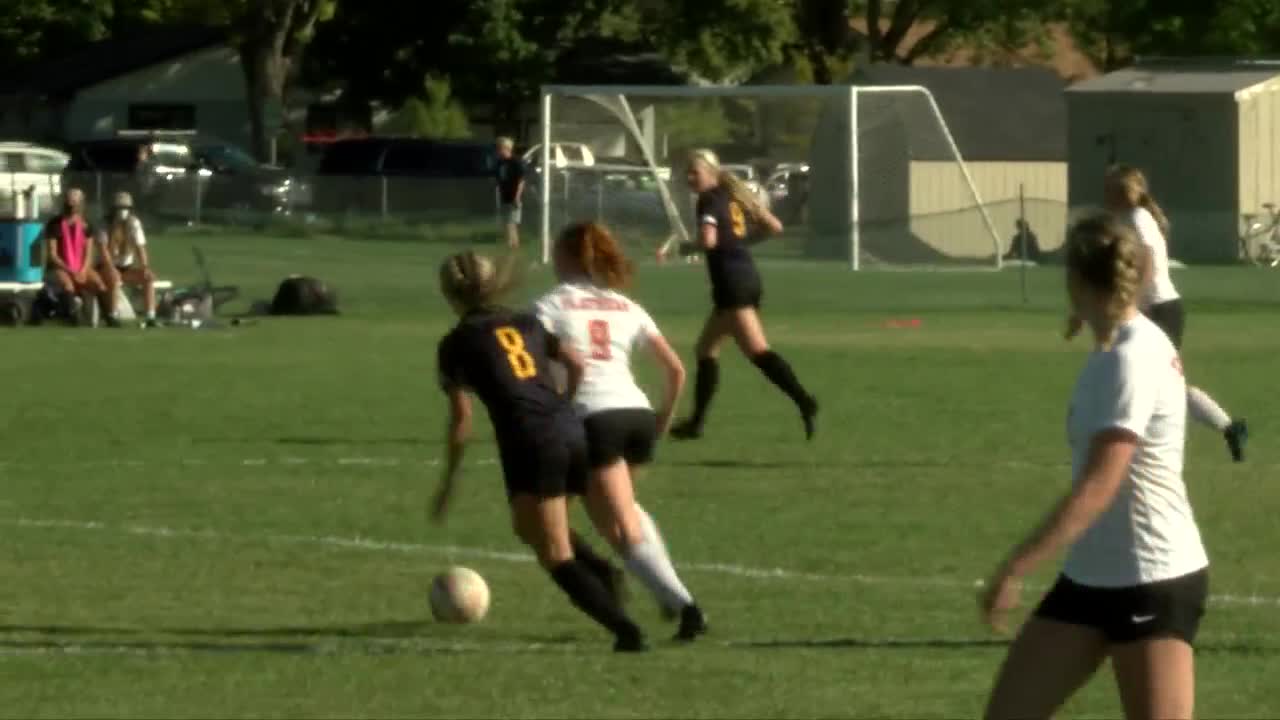 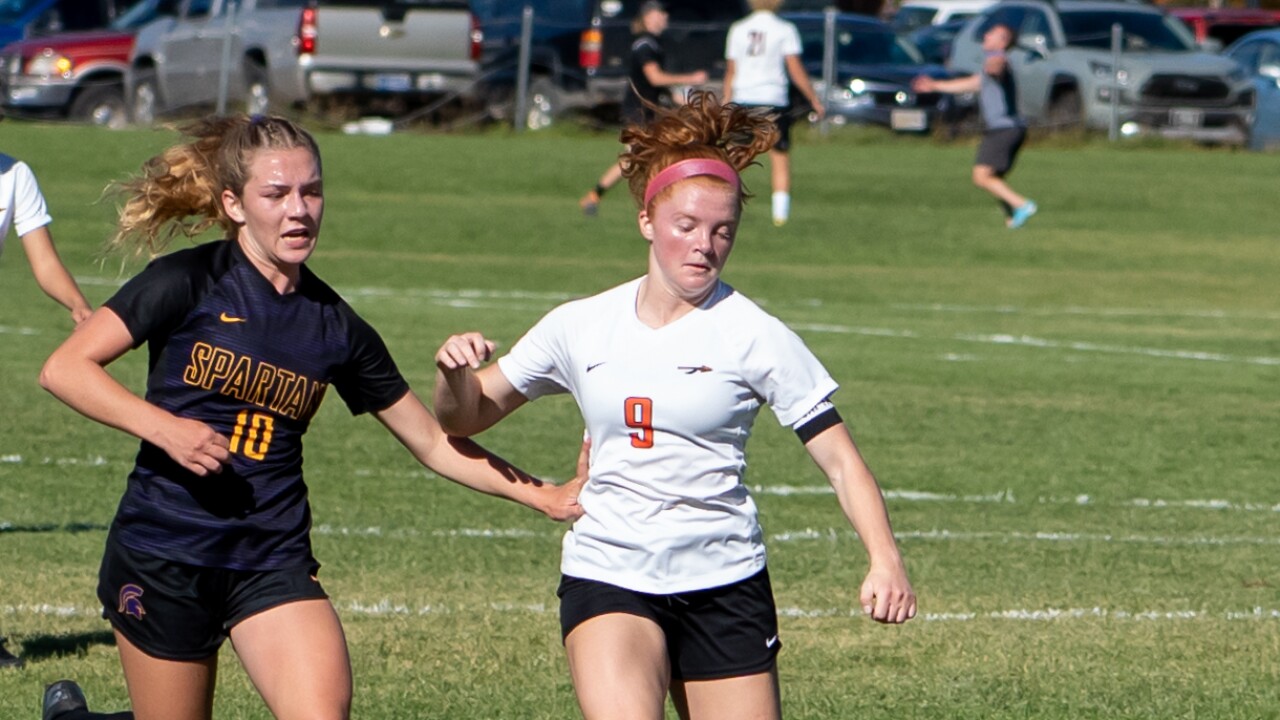 The Kalispell Flathead senior scored four goals and added one assist as the Braves defeated Butte 6-0. For Thompson, her goal total stands at 17 on the season, tops in the Western AA for a second straight season. With three assists, Thompson finishes with 37 points, also the most in the Western AA.

But those results are to be expected after Thompson was coming in off a blazing junior season, one where she led all of Class AA with 24 goals and added 11 assists after not primarily being a scorer as a freshman or sophomore. But expectations are high for Thompson, and she embraces it.

“The standards were definitely high and that’s because I kind of set them there for myself along with my coaches as well, which I think is good to have some pressure on you going into things because it kind of holds you to that expectation," Thompson said. "It was definitely coming in I knew it was going to be a challenge, but that also kind of pushed me to work harder.”

Thompson's hard work has been paying off. After she closes out her high school career in the coming weeks as the playoffs begin, she'll make her move south to Missoula and join the Montana Grizzlies women's soccer program, a commitment she made last November. Thompson said fellow Big Sky Conference participant Eastern Washington also recruited her hard along with some smaller schools.

"I think the coaching staff is honestly amazing. It's unlike anything I've ever seen," Thompson said of UM. "The family aspect along with hard work and commitment with their team, that's something that I love. I love the philosophy they base their program around. I'm super happy to be a part of that program, especially with such a dominant soccer program in the Big Sky Conference."

Thompson's focus her senior year was improvement. Knowing there would be a target on her back after her junior season, Thompson was forced to adjust to those circumstances as she found new ways to affect the game and become a more well-rounded soccer player.

Achieving goals is important to Thompson. She's earned all-state accolades in her first three seasons, became the team's captain as a sophomore and led the AA in goals as a junior. Each box served as a goal she checked off as she progressed on the pitch.

So where does this passion come from? She's the daughter of Flathead wrestling coach Jeff Thompson, and coaches' kids tend to have that competitive gene by nature, and Skyleigh never needed any pushing from her parents.

“That’s who she is so I really haven’t coached her, but, I mean, at age 13 she hiked to the Chinese Wall and back in the Bob Marshall Wilderness," Jeff Thompson recalled. "She’s climbed the highest mountain in the Bob Marshall. She has just been raised around where exercise is just kind of what we do.”

Jeff wrestled at Minnesota in college, so a Division I athlete himself, he said he had a conversation with Skyleigh about what to expect when she moves on to the challenges of the next level.

“I told her it’s a job," Jeff said. "Being an athlete at a Division I school, University of Montana, it’s a job. You have your two workouts a day, your 15-18 credits and your film study. I said you’re going to miss out on a lot of opportunities, is this really something you want to do? And, I mean, she took her trip to UM and just kind of fell in love with the Griz.”

The two have joked about Skyleigh joining the wrestling team now that girls wrestling is an option in Montana, though that doesn't appear to be in the cards anytime soon. But Jeff said Skyleigh's competitive nature has always been there no matter the sport as she grew up, whether it be soccer, swimming, basketball and track or other extreme sports like mountain bike racing or competing as a triathlete.

Seeing that hard work pay off continues to be Skyleigh’s driving force as she tackles that opportunity.

Flathead’s head soccer coach, Bledy Doda, said he saw Skyleigh’s potential for the game right away. He named her a captain her sophomore year, and even though there would be pressure on an underclassman earning that honor, Doda knew Thompson could handle it and that her teammates would rally around her.

“To me she was a teammate. She creates and pulls a team together," Doda said. "A captain needs to be respected by all of the players and, to me, what I saw on her was that the team was behind her, she was an example for the team. Everybody was respecting her and going to her side.

"Going through that at such a young age, it taught me important leadership skills that I don't think I would've gathered if I were to be captain just my senior year," Thompson added. "It taught me a lot of life lessons honestly about leadership and respect from people of all ages."

The Class AA soccer season begins playoffs on Tuesday, and Thompson aims to leave one lasting mark on the high school pitch to cap off her decorated career.