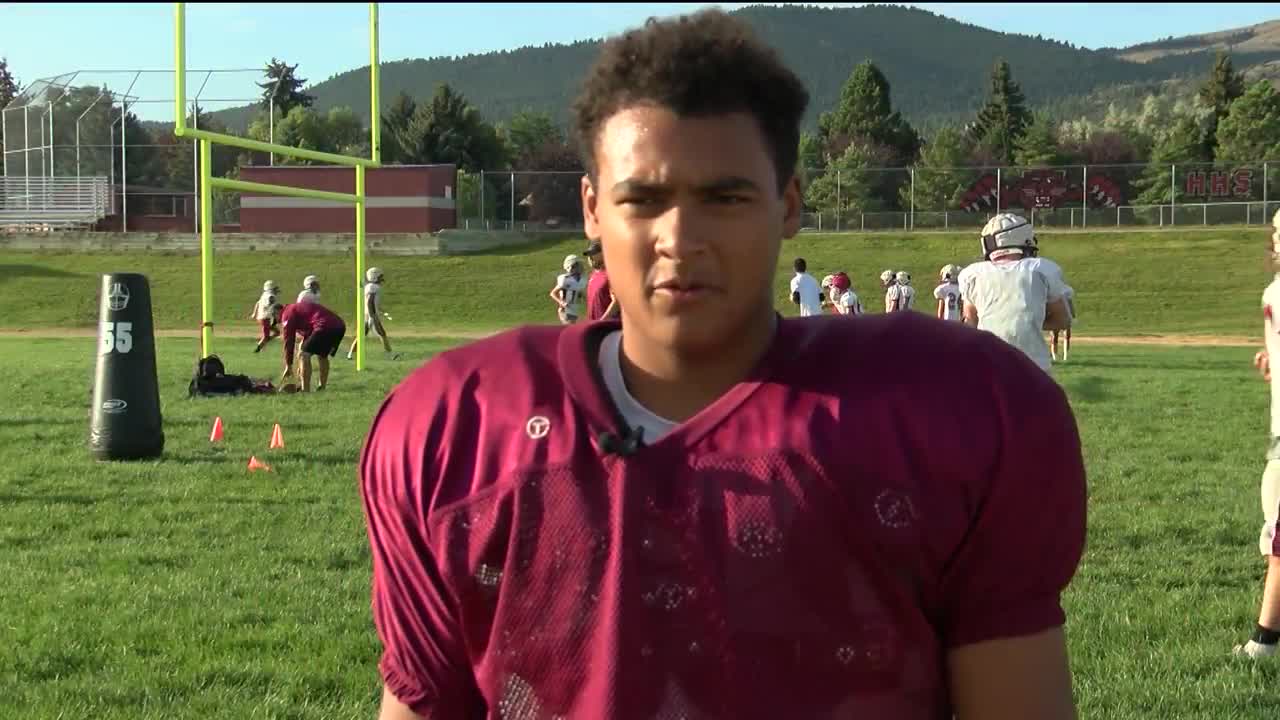 HELENA -- On Aug. 16 high school football made its return, and Tuesday was the first day of full pads for prep football teams around the state. With teams now in pads it allows coaches like Helena High's Scott Evans to assess who's ready for varsity football.

"You get to start doing a little bit of separation. We always call it, 'You look good in underwear and can run around well, now let's put pads on and see how you do.' And so the pads actually give you a little bit of a situation where you can see guys in a live situation and where they're ready to play at," said Evans. "Are they a freshman still, are they a (junior varsity) player, are they a varsity player? And that's a contact thing that you have to get out of the way, so that's one of the things we like to do early."

That's not to say the period before full pads is all for naught. For players, that period is a time to work on the fundamentals, like hand placement on the offensive and defensive lines, and getting mentally prepared to help avoid penalties down the line.

"We're mainly working on our hands, hands is the main thing we're working on, trying to get off those offensive linemen as quickly as possible, just to make us faster off the line," said senior defensive lineman Keyshawn Newby.

"It's more about hands -- hand speed, getting off the ball, watching the ball, making sure we don't jump off sides, kind of the fundamentals before we start hitting," said senior defensive end Booker Perkins. "That's just getting us to that next step where we can play at a high level on Friday night."

Across town, Helena Capital also got its first full pads practice rolling Tuesday morning. For some players, it was a proving ground -- for others, a teaching moment.

"It was awesome. It was nice to show the younger kids just what it's like," said senior lineman Josh Lee with a chuckle. "They've kind of been getting a little up on their high horse."

Though they were in full pads, the Bruins opted for limited contact as a precautionary measure to avoid injuries before the season starts.

Both teams will play their season openers on Aug. 30.