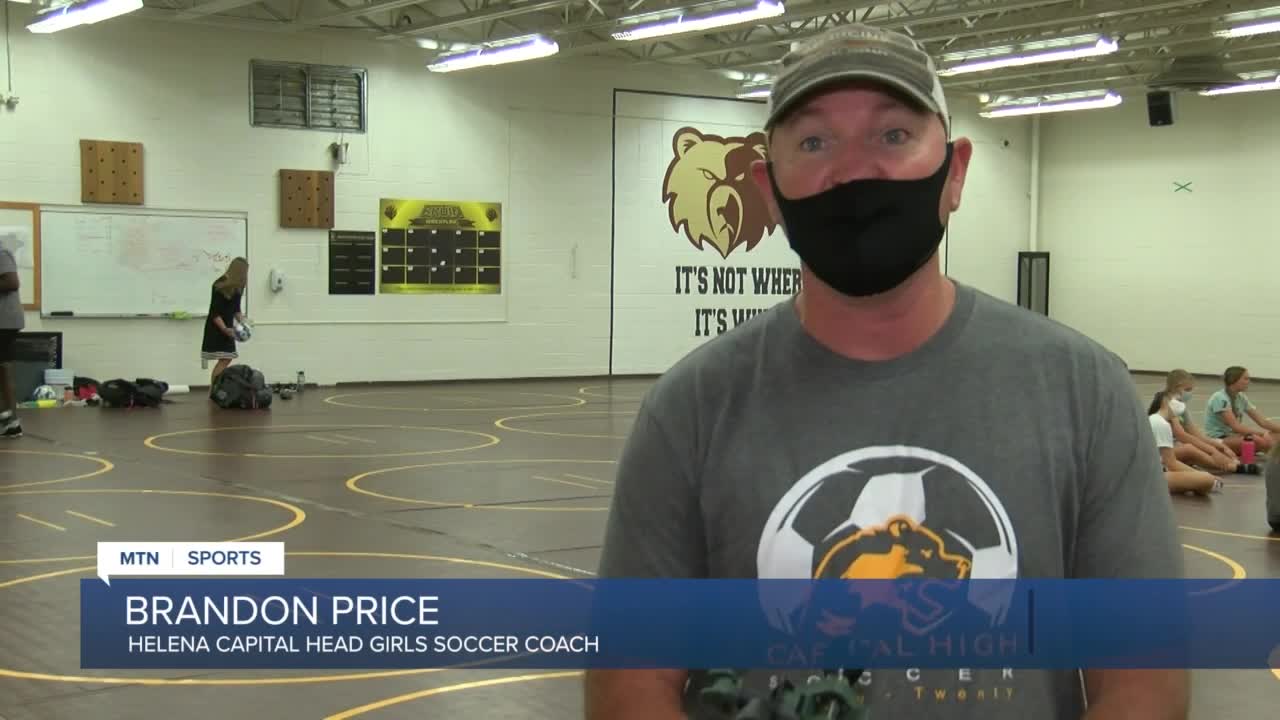 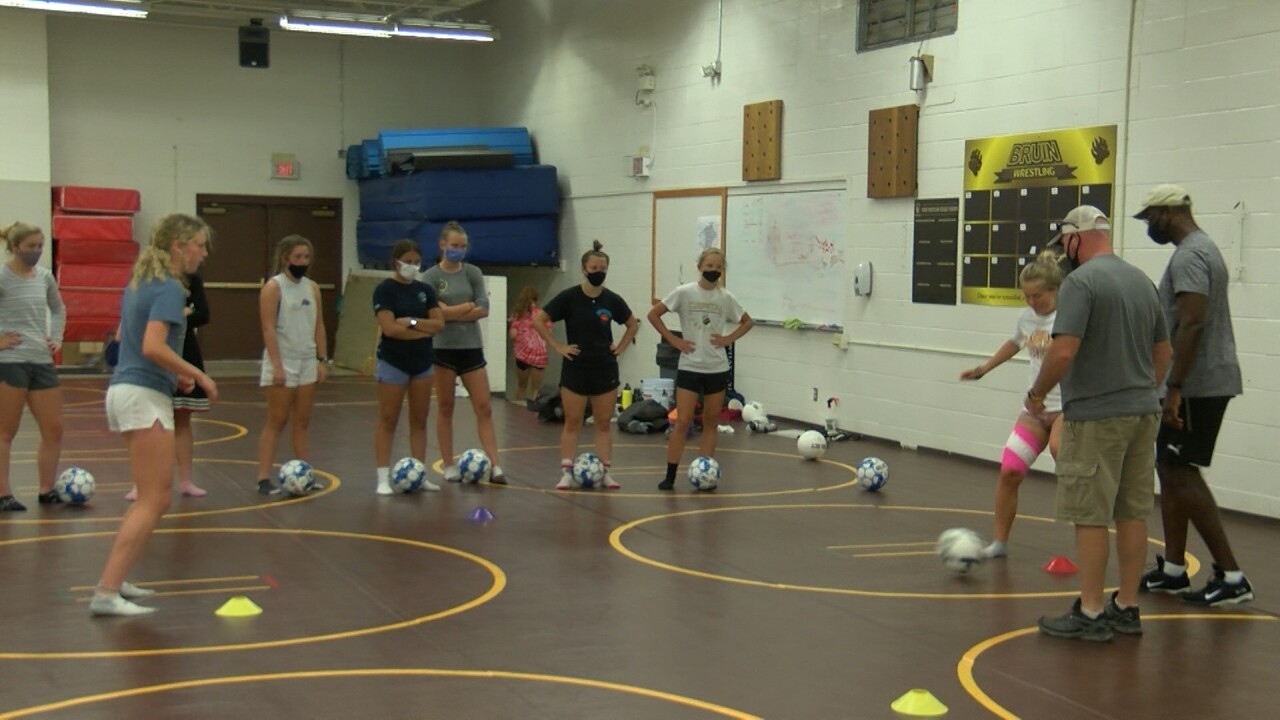 HELENA -- The 2020 fall sports season is already short for the Class AA.

With preseason games canceled, the Helena Capital Bruins girls soccer team is looking to make the most of what it has. But with wildfires burning on the West Coast and a weather pattern that is bringing that smoke to Montana forcing games to be canceled, it’s hard to not be disappointed.

“I was pretty disappointed because we just come off with, like, kind of a rough loss, and I think the whole team was really ready to go,” said senior co-captain Libby Linder.

Instead of chalking the day up as a lost one, the Bruins did what they could to get better indoors. Head coach Brandon Price knows it’s not the best substitute, but, in his eyes, it’s better to make lemon slices instead of just staring at the lemons.

“It's really hard to envision playing on a 70-by-120 field when you're in a wrestling room upstairs in the high school, but the one thing we can do is we can get our heart rate up, we can get our touches in, we can play small-sided games so that everybody's involved," said Price. "At least we have some sort of a workout that we can take outside and utilize.”

The Bruins aren’t off to the best of starts at 1-4 on the season, losing their last game to Missoula Hellgate by a score of 6-1, but a source of disappointment for the Bruins wasn't the loss, but the inability to get an opportunity to bounce back.

“After this last game where we played Hellgate, we've changed everything, and our matchup is going to be totally different and our mindset's going to be different," said senior co-captain Jaymee Sheridan.

The Bruins will continue to hope the smoke clears before their next match when they take on the Helena High Bengals on Thursday at 5 p.m.