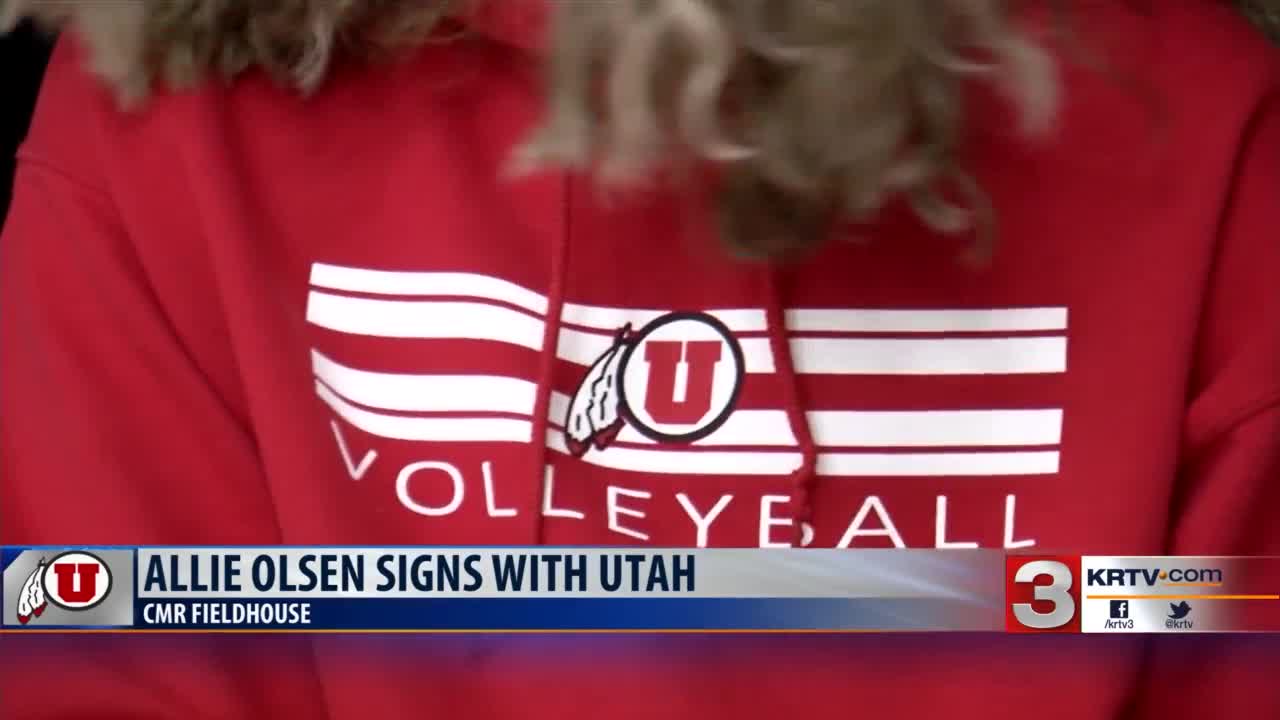 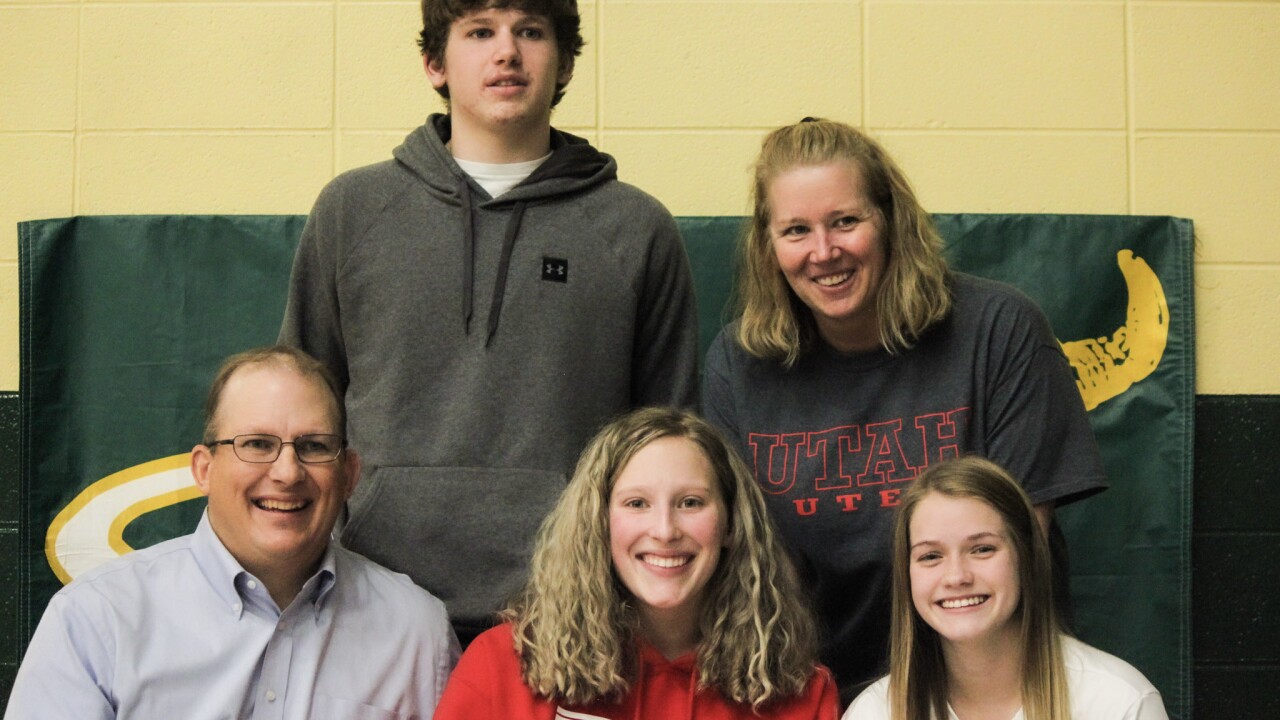 GREAT FALLS -- Great Falls CMR earned a bye to the Class AA state volleyball tournament in Bozeman and will open the first round against Butte on Thursday at 2 p.m.

But Wednesday, one Rustler star had some unfinished business.

Senior Allie Olsen put pen to paper and signed to play volleyball at the University of Utah next year. Olsen is the state's most dominant middle hitter and leads Class AA in kills by a wide margin.

She had offers from Montana and Montana State, but she couldn't pass up the opportunity to play in the Pac-12 Conference. She didn’t land on Utah’s radar by chance, though. She sent the Utes her highlights tape and they liked what they saw.

“I sent them my recruiting video, and they reached back out," Olsen said. "This feels super good, it's really nice to have the opportunity to play at the Pac-12 level and have all of my supporters around me, too. I didn't think I'd have a chance to play at such a high level.”