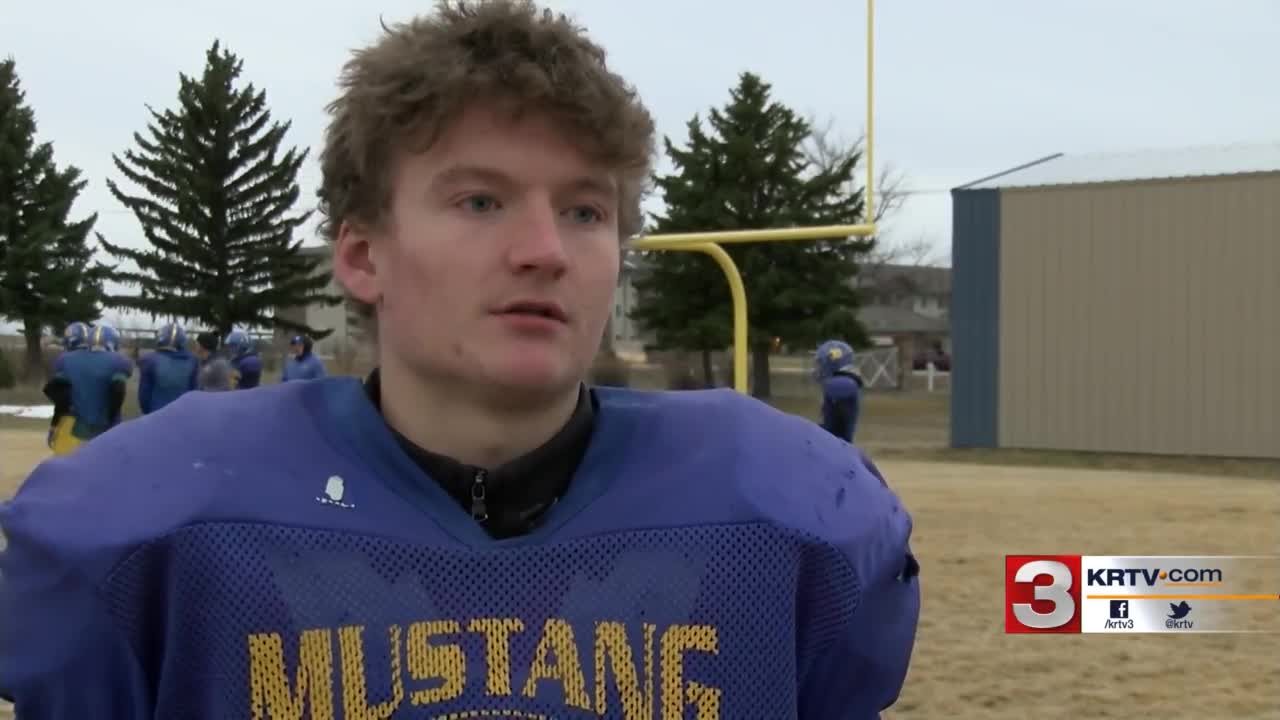 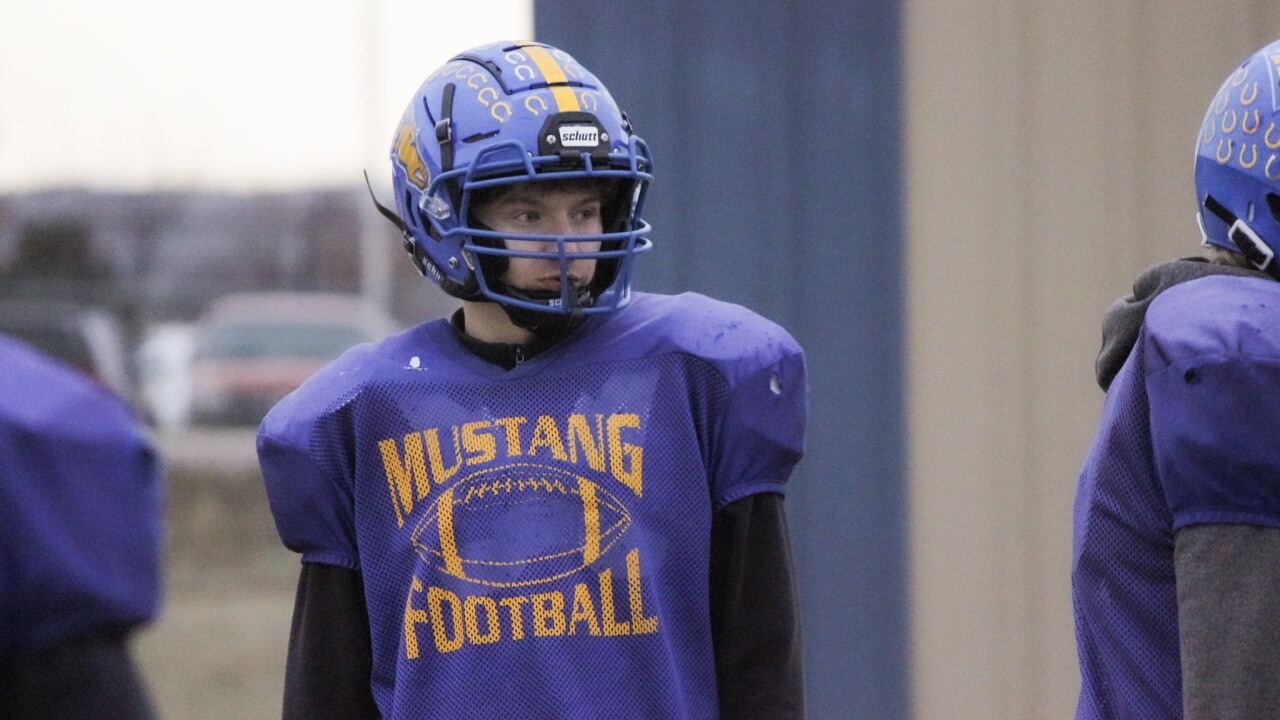 GREAT FALLS -- There’s a certain joy to be found in doing the dirty work on the football field.

Just ask Great Falls Central tight end Nick Scott, who would rather lay down a game-breaking block than haul in a game-winning touchdown.

“Block, block, block, every time,” Scott said. “I do have decent hands, but I feel like I was born to just be a blocking tight end. I get to go against bigger guys, and it makes me work harder. It makes me kind of think if I get beaten one way, I should probably find a different way.”

Scott enjoys the process as much as the result. He points to a shovel in the Mustangs' weight room and explains its purpose.

“We have a shovel and that stands for when the going gets tough, you got to dig down deep,” Scott said. “So, I kind of live my life by that shovel. I also identify with a sledgehammer. When you got those moments that you want to seize, you got to pound it in. You got to take those moments, you got to beat them down, you got to get them submitted.”

The willingness to put in the work has served Scott, a four-sport athlete, well. He’s a two-time State B/C tennis champion and an all-state performer on the golf course who finished seventh at the 2018 B/C tournament. He also participates in basketball and track.

“All the sports I've played -- from football, basketball, golf and tennis -- they’ve all contributed to performance in other sports,” Scott explained. “From basketball I get endurance from running up and down the court. Tennis is a lot of hand-eye coordination. So that's where I can catch in football, along with quick feet. And then the biggest one for me was golf, because that's a big mental game. If you let one shot affect the rest of your game, you're just going to go downhill.”

Many athletes learn their work ethic from their fathers, but Scott came to his mindset through the absence of one – his father didn’t play a role in his upbringing.

“Yeah, he wasn't in the picture. My mom was worried that he was going to cause problems for me and her. So, she made the smart decision of moving us away before I was raised into something negative,” Scott said. “I've had to overcome adversity from being born without a father figure besides my grandfather. So that's been the motto of my life - just overcome adversity and become the No. 1 guy on top after coming from nothing.”

He laments missing the milestones that many kids his age gets to experience.

“I missed out on him teaching me how to ride a bike, go on my first fishing trip, go on my first hunting trip. Never had a father figure to teach me about puberty. Like, the one I've always wanted was when I turned 21 just to have that first beer with him," Scott said.

The adversity led Scott to mature earlier than most: do the right things, live a good life and, most importantly, work hard. His attitude and mindset have been noticed by his coaches.

Scott transferred to Great Falls Central from Fort Benton before his sophomore season to pursue tennis and has quickly integrated himself into the Mustang community.

“I'm really, really impressed with how he is matured and grown and kind of opened up to the football team over the years and really started to feel like he is viewed as part of this team,” said GFCC football coach Greg Horton. “He came to us when he was a sophomore. So just to have that desire and willingness to say, ‘I'll play this position, I'll figure it out. I'll work for you guys.’ It's been really, really pleasant.”

Just like Scott is one of many players contributing to the Mustangs' success this season, he’s had a team behind him to help him succeed in life.

“I thank my mom, I thank my grandfather, I thank all my family that I've had,” Scott said. “They've taught me valuable life lessons. They've taught me how to be a better person, how to find the better side of people even if they come from dark places.”

Great Falls Central will face plenty of adversity this weekend when it heads west to face undefeated Alberton-Superior in the 8-Man semifinals. That's just the way Nick Scott likes it.