Fairfield’s Les Meyer: ‘The (Shrine) Game is bigger than any of us’ 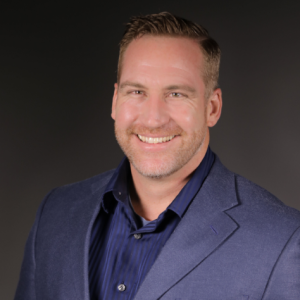 A day after East beat West 28-22, East head coach Les Meyer (Fairfield) and his son, who played for the 2019 East squad, sat down with Brandon Sullivan of MTN Sports to reflect on a whirlwind week, raw game emotions and the true reason for playing.

“At the surface level – if you get selected to the Shrine game as a coach or an assistant coach – most the time you’ve had some sort of success on your high school team that year,” Meyer continued. “So, to be recognized for that is pretty special. I think it begins with, if you get to play or get to coach in the Shrine Game, and then when you get there and you get in the middle of it, and hands are on you from a Shriner standpoint – you are around Shrine kids – then that meaning of the Shrine Game really begins to hit home. The game is bigger than any of us.”

“When there is an event or some sort of activity, Butte rolls out the red carpet for everybody and they work hard to put on a good show,” Meyer said.

“Its rough. Tough. And I love it, honestly,” said Ryder Meyer who played both sides of the ball in Saturday’s showdown. “I think Butte is a great place. And like I said, it just has a tough mentality when you think of Butte.”

“We told ‘em at the very beginning – this week is gonna be fun but when the ball is kicked, it’s on,” Les said. “The emotion that takes over in this game is immediate. There’s just times where we couldn’t get into a rhythm. Rhythm was a difficult issue. There’s a point in time where its crunch time. It’s gonna go either way.”

“I told ‘em to put me on offense and try to give me the ball a bit more,” Ryder said.

“I guess at that point in time you make a decision and you live with it and say this is what were going to do,” said Les.

“Having dad as coach – hes been my coach forever so it’s definitely a neat opportunity and definitely something that later on down the road will realize its even more special,” Ryder continued.

“Ryder, to have the kind of game that he had – to have his hand in a couple touchdowns and to have one there at the end – we’re just very fortunate and very blessed and appreciative of the opportunity because it just doesn’t happen,” said Les.

“Really excited,” Ryder said. “Really happy and grateful that I was selected and it just made it that much more special that my dad was able to be my coach and have one last go around together.”