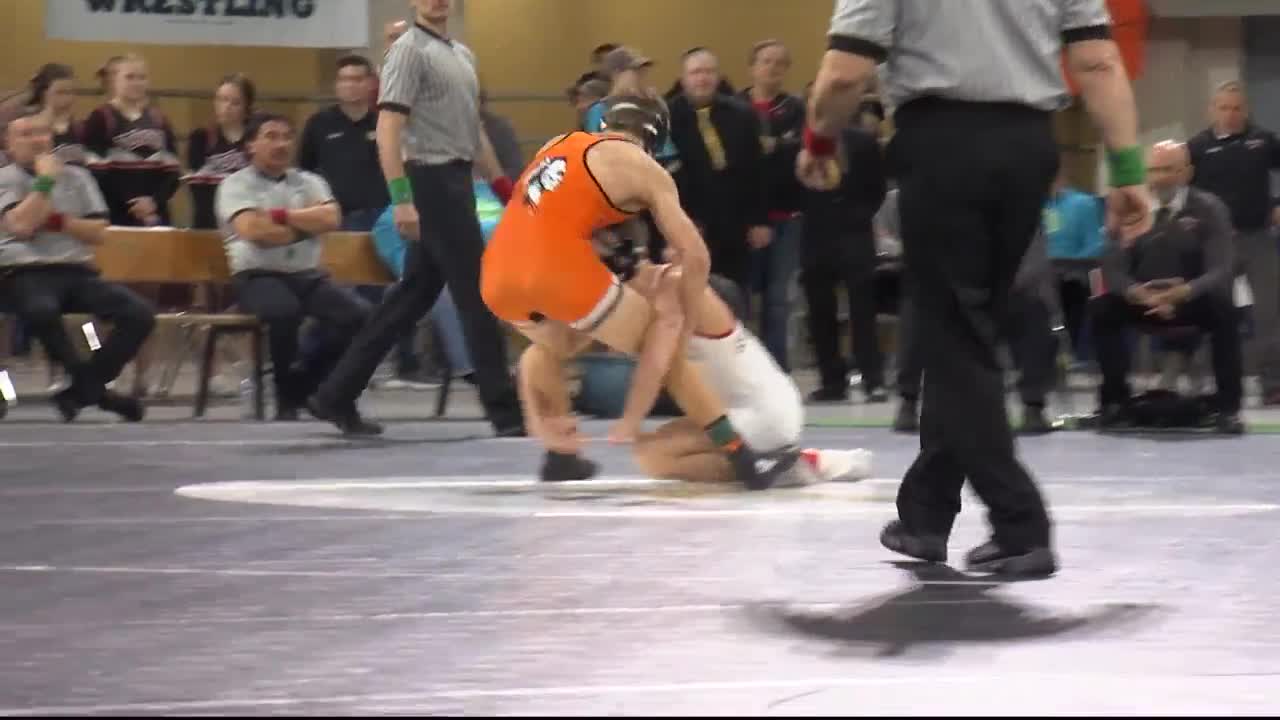 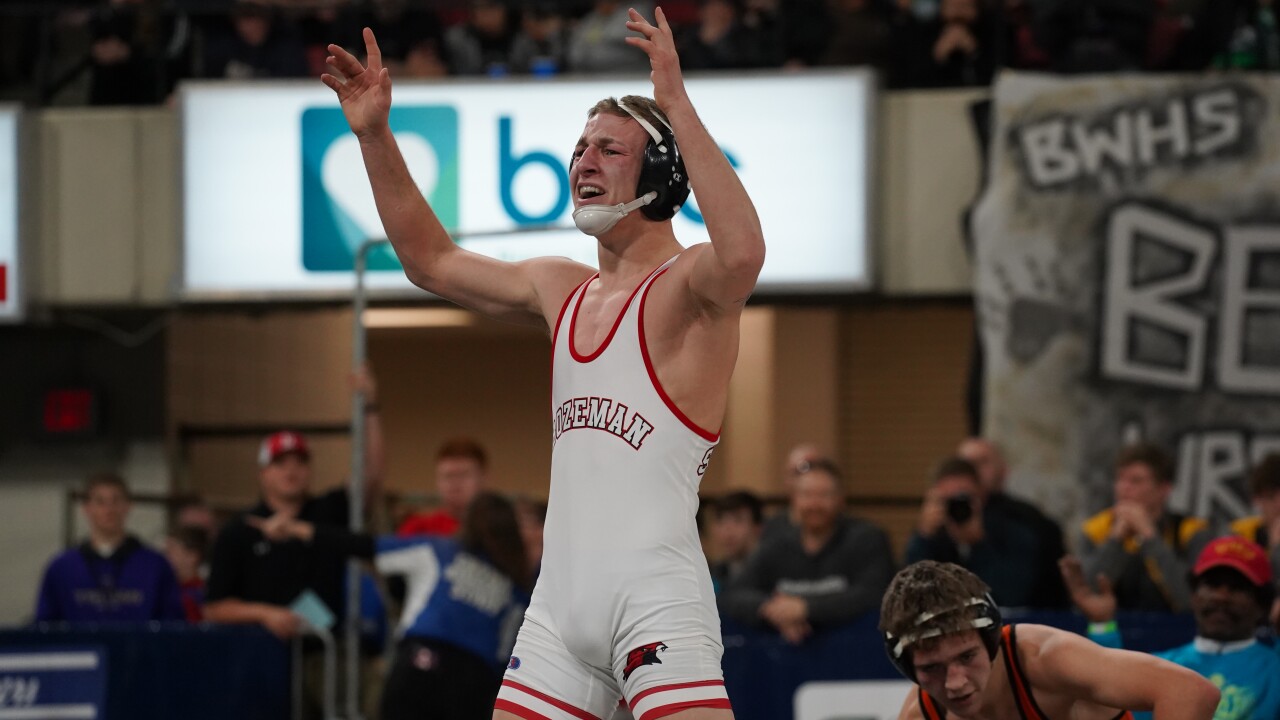 “It’s a special time, that’s why it’s limited, that’s what makes it special — you don’t have your whole life to do this,” Schroeder told MTN Sports on Friday. “I’ve been enjoying it, having fun with teammates and coaches.”

Schroeder began his assault on Class AA as a freshman 113-pounder, defeating Kalispell Flathead’s Bryce Shaffer by major decision, 11-1, in 2017. The following year he moved to 126 pounds, again winning the state finals 11-1, this time over Helena High’s Austin Murphy.

By last season, Schroeder was a household name among Montana wrestling fans, drawing interest from programs around the country. He pinned all four opponents at the state tournament in 2019, defeating Flathead’s Fin Nadeau in the championship match.

Schroeder was quick to credit Bozeman coach Nate Laslovich for his success with the Hawks over the past four years.

“He coaches me up in the room. I love the guy, he’s done a ton for me and I can’t thank him enough,” said Schroeder. “It is nice, he doesn’t get crazy in the corner or anything, just tells me to go get them. ‘Get after them,’ is what he says.

“My freshman year, sophomore year, there was more coaching when I wasn’t as sound, but as the years have gone on I’m more confident in myself and knowing what I can do.“

Schroeder’s older brother Bjorn, a wrestler at Purdue, told MTN Sports earlier this month he was excited to return to Montana to watch Leif chase his fourth championship.

“He knows how much work he’s put in, and he knows that each match is taking one step at a time,” Bjorn said. “All the work that he’s put in is going to pay off.”

Frenchtown’s Jake Bibler was also one win away from his fourth title in the Class A field, meeting Lewistown junior and two-time champion Cooper Birdwell in arguably the most-anticipated match of the entire tournament. With one wrestler’s dreams of four straight titles on the line, Birdwell ruined Bibler’s party with a 15-2 decision.

Bibler suffered a shoulder injury in the second period but stayed on the mats to try to keep his streak alive. Birdwell will have the opportunity to win his fourth title next winter.

Birdwell broke onto the scene as an undefeated freshman in 2018, winning the 113-pound championship. He again went perfect last winter, pinning Belgrade’s Oden Currier in an astounding 16 seconds during the 126-pound Class A championship.

His older brother, Caleb, won a state title in 2018 and currently wrestles for Campbell University in North Carolina.

Bibler was perfect against Class A competition as a freshman, winning the 113-pound championship for the Broncs. A year later, his 10-0 major decision over Miles City’s Damian Leidholt in the 120-pound finals made him a two-time champion.

Bibler gave the Broncs another title in 2019, pinning Havre’s Cameron Pleninger in 51 seconds during the 120-pound final.