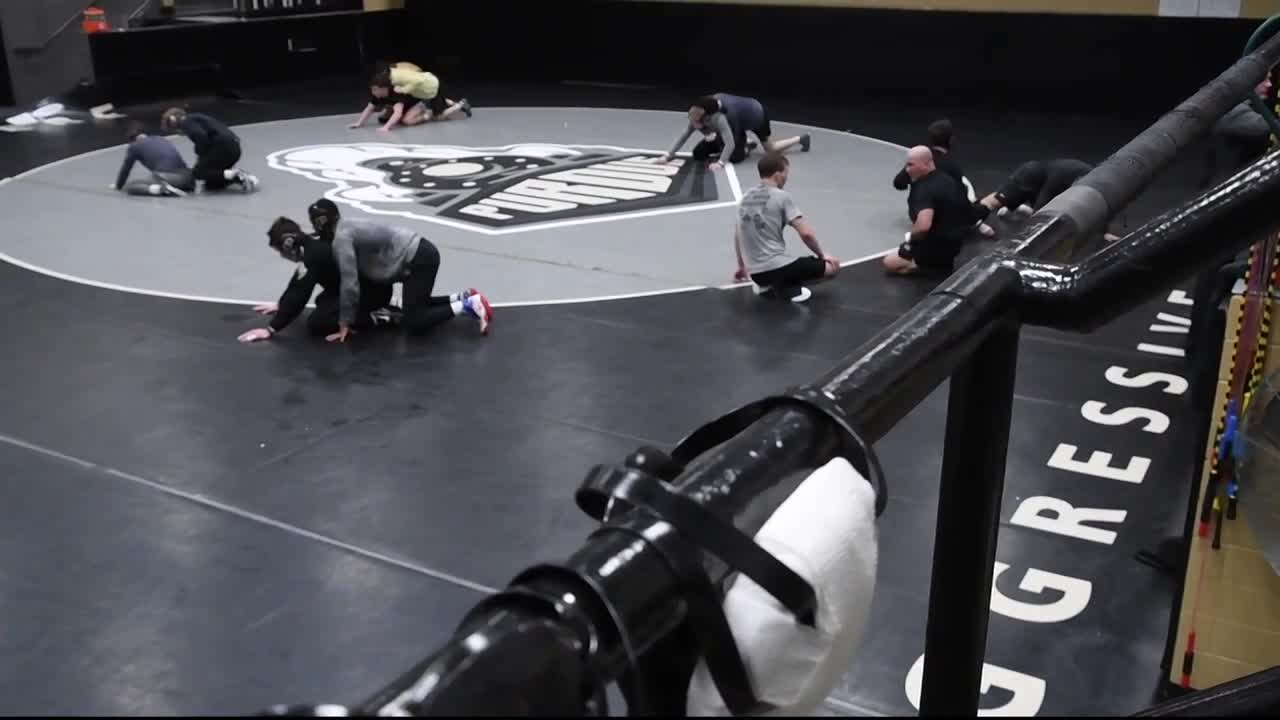 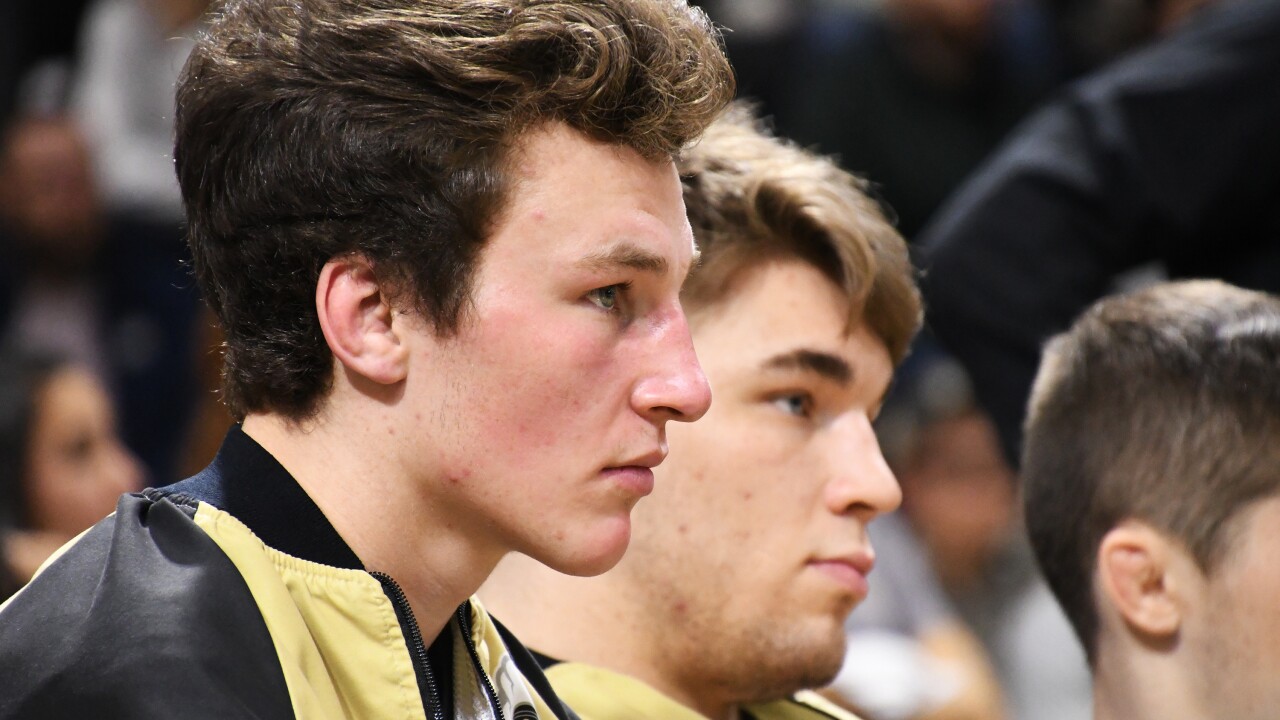 A former two-time state wrestling champion at Bozeman High, Schroeder is now a redshirt sophomore at Purdue. Though it’s been an uphill climb for him since arriving in West Lafayette, Indiana, Schroeder is making the most of the situation.

Schroeder excels in that role now, pushing and supporting his teammates while offering critique and encouragement. Though that position might seem to fit his team-first attitude, Schroeder isn’t content sitting on the sidelines.

He continues to work diligently in the wrestling room to find that consistency that escaped him even in high school. Schroeder’s state championships came in his freshman and senior seasons, sandwiching a no-podium finish as a sophomore and a runner-up finish as a junior.

Now, he’s fighting for consistency on a college team that has been ranked in the top 25 since November. Competing in the brutal Big Ten Conference, Purdue has been ranked as high as 13th this season.

“You come from an area where you’re the top one in the room and you’re dishing it out every day to everybody else. And you come to a room like this, especially in a big wrestling conference, and everybody’s like that, so you’re fighting every single day just to keep going. It’s like that for a while. I feel like the transition, it’s not just day and night, but it’s a time period,” Schroeder reflected.

According to coach Tony Ersland, Schroeder has shown “great flashes of being able to score points and scrambling and doing some high-level wrestling.” But the flashes don’t yet come consistently enough for Schroeder to force his way into the Boilermakers’ regular dual lineup.

“My goal for everyone here is that they’re pushing to be the guy. If you’re not the guy right now, I want you pushing to be the guy. That means doing all the right things, which he does a lot of the right things,” Ersland said. “For him, it’s kind of figuring out technically where he can be the best and the strongest from. … We need him to try to be his best, so he’s pushing the guy in front of him, as well. And that undoubtedly will take him to where he wants to be.”

Though it’s hard to see the tangible reward of his hard work when going up against some of the best college wrestlers in the country on a regular basis — whether in Purdue practices or against top-level Big Ten competition — Schroeder is finding it in the classroom.

“I focus a pretty large amount of time on my schoolwork. At the end of the day, I'm a student-athlete, so it’s two roles that we’re playing. To me, school is very important, and wrestling is a close second,” Schroeder said.

“It’s honestly a huge opportunity, really, because you’re a young adult and you’re starting your own thing,” he added. “You’re off at college, you’re getting your own degree, taking your life in the direction that you want to.”

Schroeder will be back where he got started this weekend. His younger brother, Leif, is seeking his fourth high school state championship for Bozeman. The older brother was able to work a trip back to Billings into his busy schedule, so he’ll be in the stands at First Interstate Arena at MetraPark on Friday and Saturday.

“I’ve always been real close with my family. Keeping in touch with them back home is important to me,” Schroeder said. “(Leif is) excited for the opportunity that’s ahead of him, and I know that everyone around him is excited for him, too.

“He knows how much work he’s put in, and he knows that each match is taking one step at a time. All the work that he’s put in is going to pay off.”

Big brother sees that opportunity for himself, too.