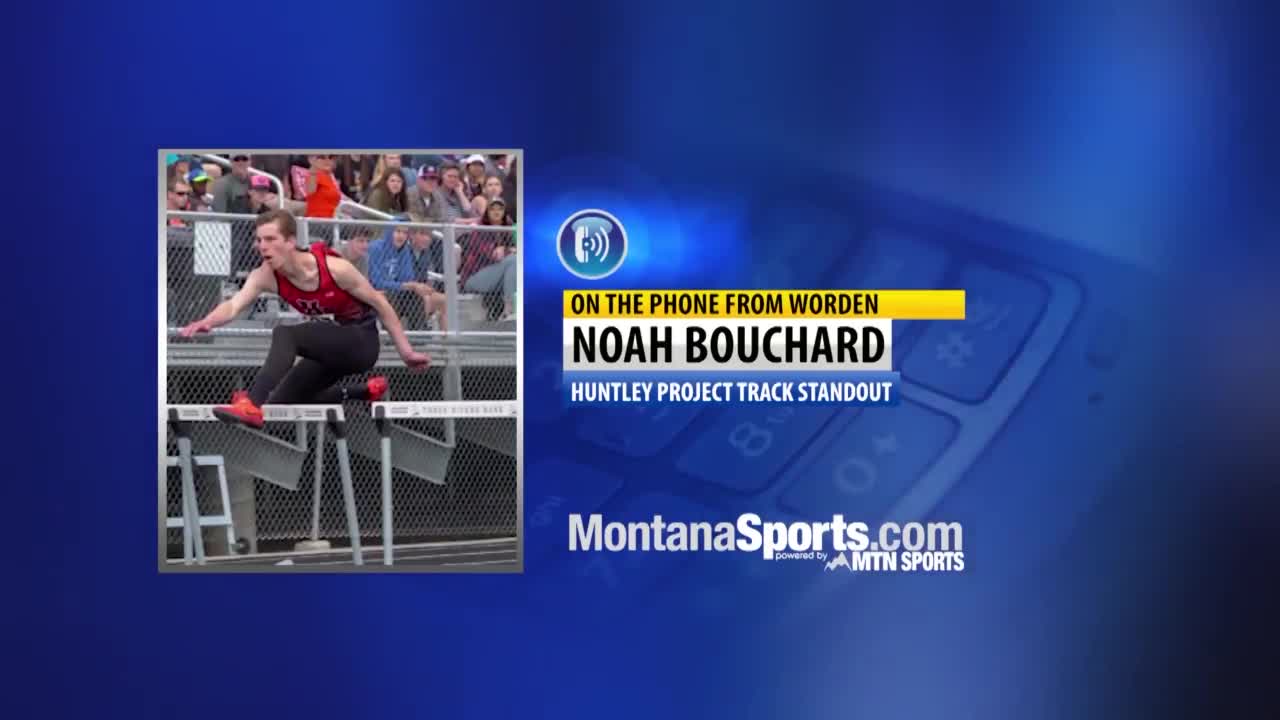 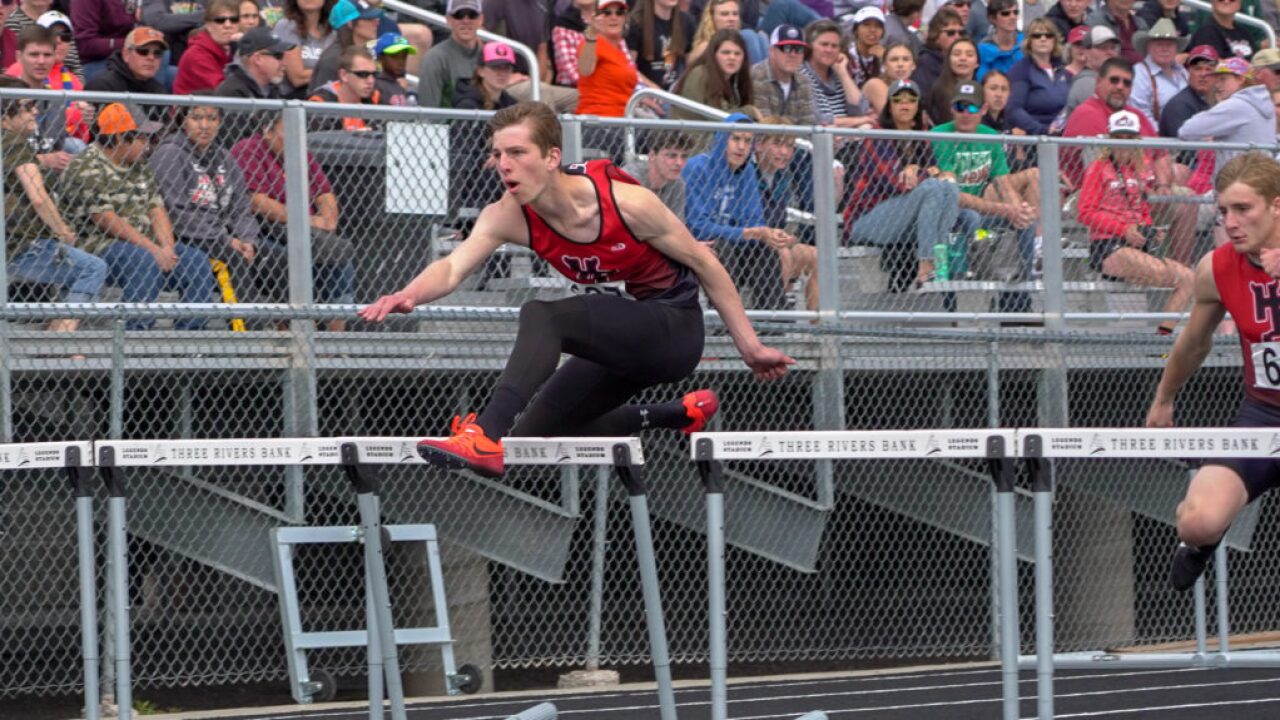 This had all the makings of a monster spring for Huntley Project junior Noah Bouchard.

As a sophomore, Bouchard was a key piece in the Red Devils' dominant two-day performance, as Project set the Class B scoring record at the State B track and field meet in Kalispell. Bouchard finished second in the 110-meter hurdles to record-breaking teammate Bradley Graves, fifth in the long jump, and he won the State B high jump title with a jump of 6 feet, 8 inches.

It was only toward the end of the season that Bouchard really began to realize his potential. That's when he began to turn his sights towards the State B high jump record of 6-09, set in 1986 by Whitehall's Darby Jones.

"In Miles City when I hit my highest jump and saw how high I was in the standings, I knew it was time to take it serious," Bouchard said of his jump of 6-08 to win the John Polich Invitational in early May of 2019.

Instead of chasing state records, Bouchard has been relegated to video games and workouts on his own due to the ongoing coronvirus pandemic and the cancellation of the spring sports season. Time playing Minecraft, NBA 2K and Call of Duty have been intertwined with physical activities, such as pumping iron in a makeshift weightroom in his garage, or trekking his way two blocks to Huntley Project High School to shoot on the hoops outside.

Bouchard has also attended track and field camps throughout the summer, such as the State Games World Record Track & Field Camp, where high jump legend Dick Fosbury was coaching.

Putting in time in the offseason isn't anything new for Bouchard, though. After spending his junior high years in Billings, his parents moved to Melstone for Bouchard's freshman year. Playing basketball under coach Jason Grebe left an impact on Bouchard that he's held on to during his last two years at Huntley Project.

"They had a pretty good thing going over there at the time," Bouchard said of his freshman year at Melstone. "(Grebe) pushed us to work really hard. He did push that you need a good work ethic. That pays off on a lot of different things."

It was evident this winter when Bouchard blossomed on the basketball floor. The 6-foot-7 junior became one of Class B's most dynamic two-way players en route to his second consecutive first-team all-conference selection and first all-state honor.

The basketball season ended on a sour note, as Huntley Project was bounced from the Southern B divisional tournament by district rival Columbus, keeping the Red Devils from the State B tournament. Bouchard's had enough disappointment in the past two months to motivate him for next year.

"That's what we were saying all year, is 'When we get to state. When get go.' Not, 'We still have to make it,'" Bouchard said. "Just put in more work. Losing our seniors, all of us have to put in more work to fill the missing pieces. Just have a better mindset and not overlooking anything. Take every game seriously.”

Bouchard's basketball exploits have led him to be in contact with Montana State University, but the offers on the hoops side will likely flow in during what should be a standout senior season. Those offers have already come in on the track, though.

Bouchard's remarkable sophomore track season caught the attention of some big-time college programs. Schools such as North Carolina, Texas Tech, Arizona State and Nebraska, among others, have already been in contact with Bouchard. Despite what looks like a limitless ceiling on the hardwood, it's easy to see why Bouchard is leaning toward the spikes.

“For now, I would like to go in both, but if I can’t ultimately I’m probably going to go in track because I can get in to a better school," Bouchard said.

Bouchard's already put up some impressive performances on the track, but he aspires to etch his name in Montana's record books.