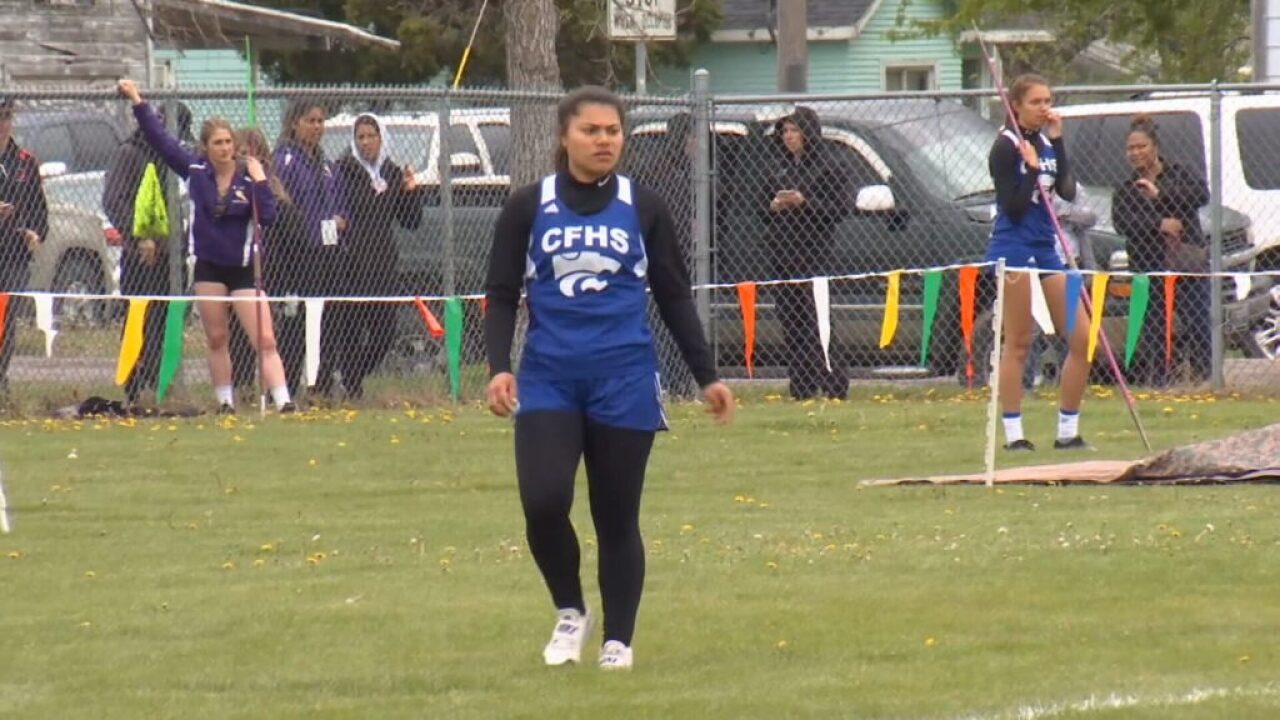 CHICAGO — Angellica Street of Columbia Falls has been named the Gatorade Montana girls track and field athlete of the year. Gatorade announced the honor on Thursday.

The award, "which recognizes not only outstanding athletic excellence, but also high standards of academic achievement and exemplary character demonstrated on and off the field," according to a Gatorade media release, is the second consecutive honor for Street.

Last year as a junior, she threw a personal-best mark of 158 feet, 8 inches in the javelin. She won her second Class A state championship in the event last spring, marking a throw of 156-11 to set the new state record, which can only be set at a state meet. She added a third-place finish in the shot put last year and also competed at state in the discus.

"Angellica is an amazing talent,” said Scott Smith, an assistant coach at Whitefish. “She has a huge arm and a great work ethic to go with it. She is every coach’s dream. An athlete like her does not come around too often.”

According to the Gatorade release, Street has volunteered as a youth track coach and has maintained a 3.02 grade-point average.

Street will continue her athletic career at Texas A&M.

Despite the canceled high school spring sports seasons, Gatorade is continuing to honor its athletes of the year. It named Great Falls High's Anna Toon its Montana softball player of the year earlier this spring and will announce the boys track and field award winner next week.